JUDGE Rinder fans were left disgusted today when a guest revealed he'd spent £4,000 of his mum's money on a tattoo of himself performing a SEX act.

Jack, a pawn shop owner, said he'd blown the cash on the X-rated tattoo to win a bet and "get laid". 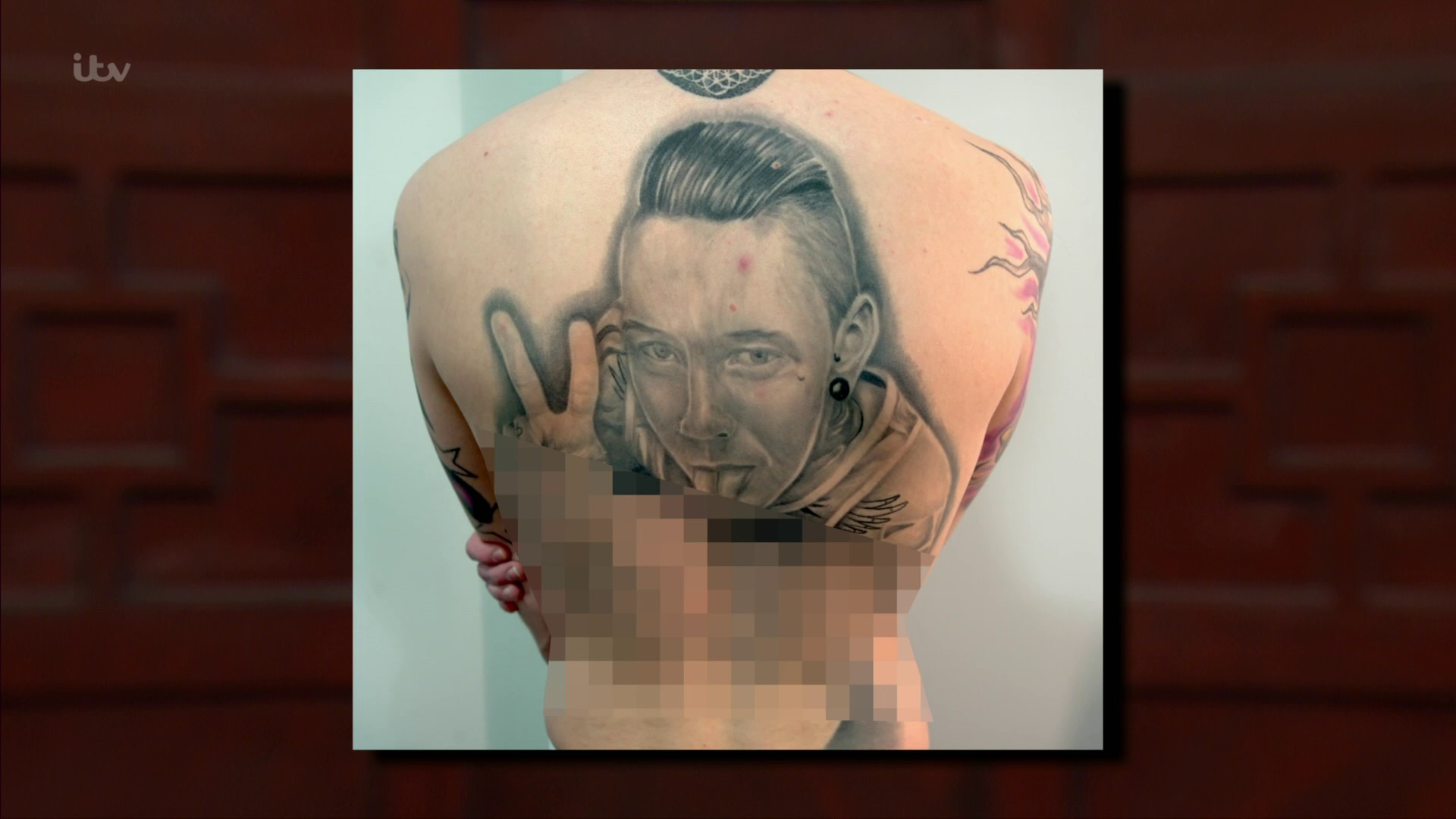 The audience gasped when his spotty back flashed up on screen revealing the inking of Jack licking a woman's bum.

He said: "I think it's actually pretty good" as his ashamed mum burst into tears across the courtroom.

Jack was eventually kicked out of court by fed up Rinder, who admitted he was "disgusted" by Jack's swearing and behaviour.

And viewers branded him a "nasty piece of work" as one said on Twitter today: "selfish, disrespectful & rinsing his lovely mum dry." 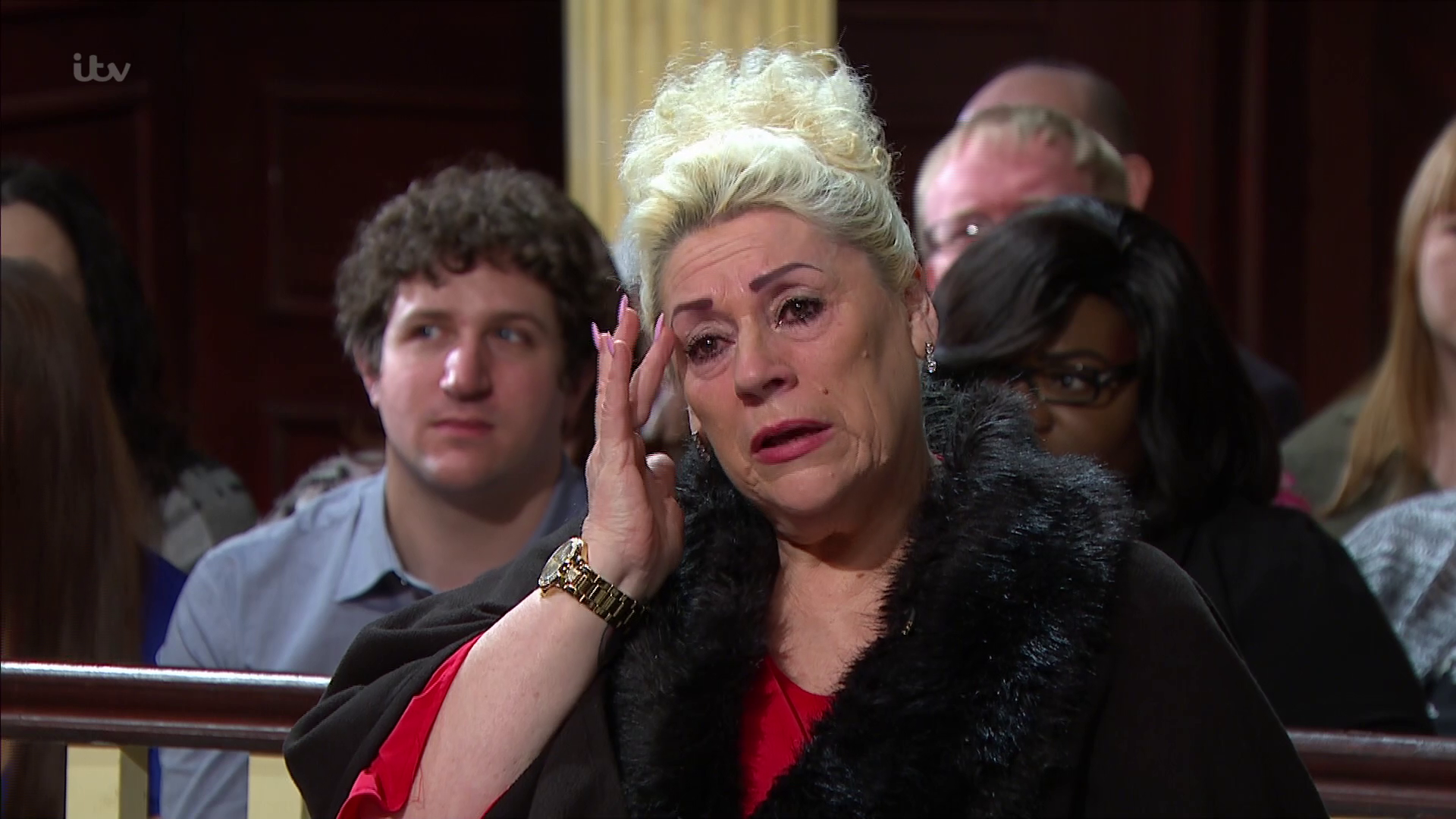 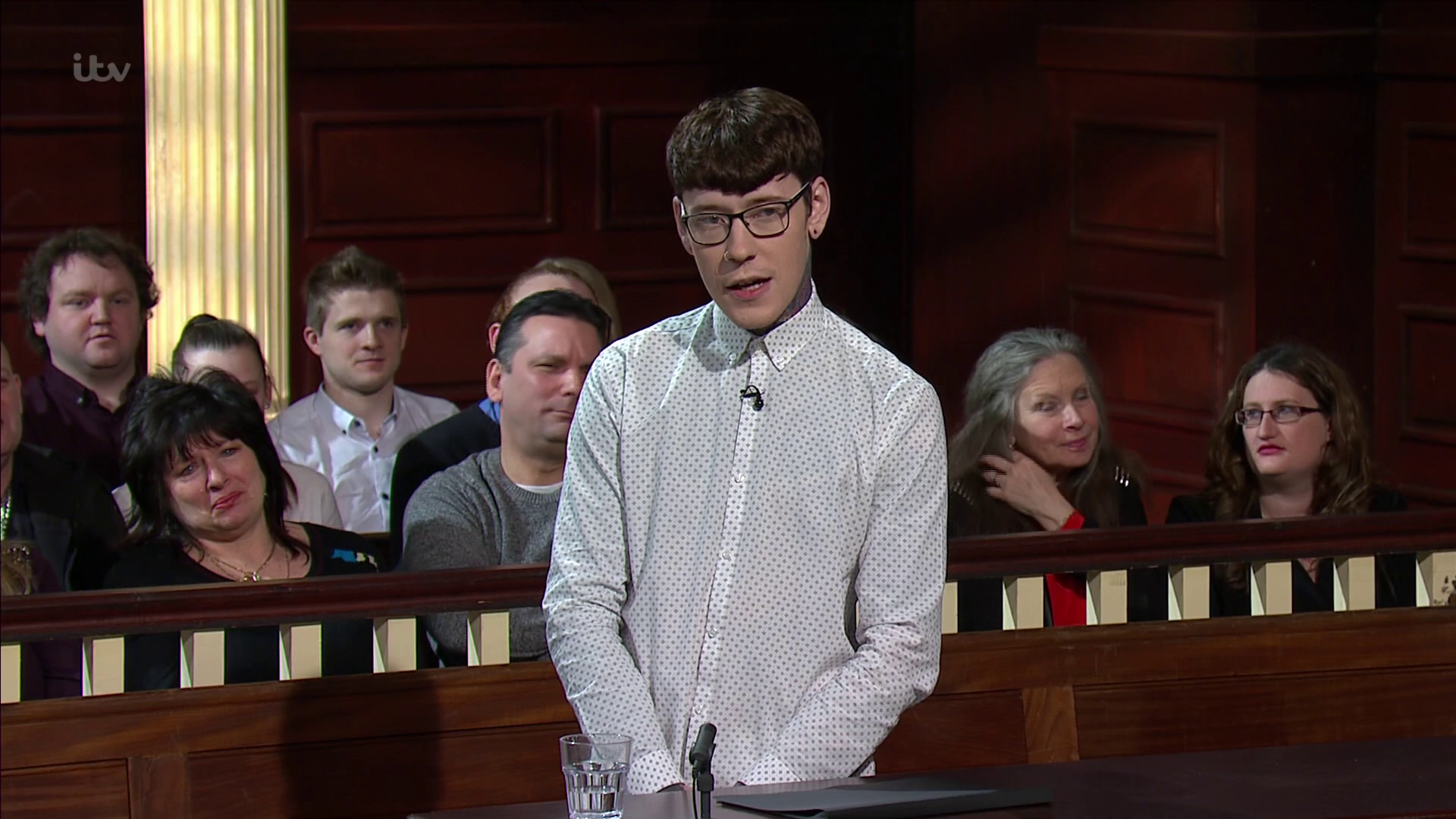 Another fumed: "That poor mother, gave her idiot son £4k to help start a business…and he blew it on an X-rated tattoo in order to get laid!"

One more typed: "Baffles me why any lass would even give little plebs like this the time of day."

What's more, viewers kicked off when they learnt his mum had been living in a tiny, cold, 'cupboard' room in their home, while he enjoyed the luxuries of the master bedroom and brought home two women at a time to have sex.

"Making her sleep in a cold fkn cupboard tells you everything you need to know about his character," one said. 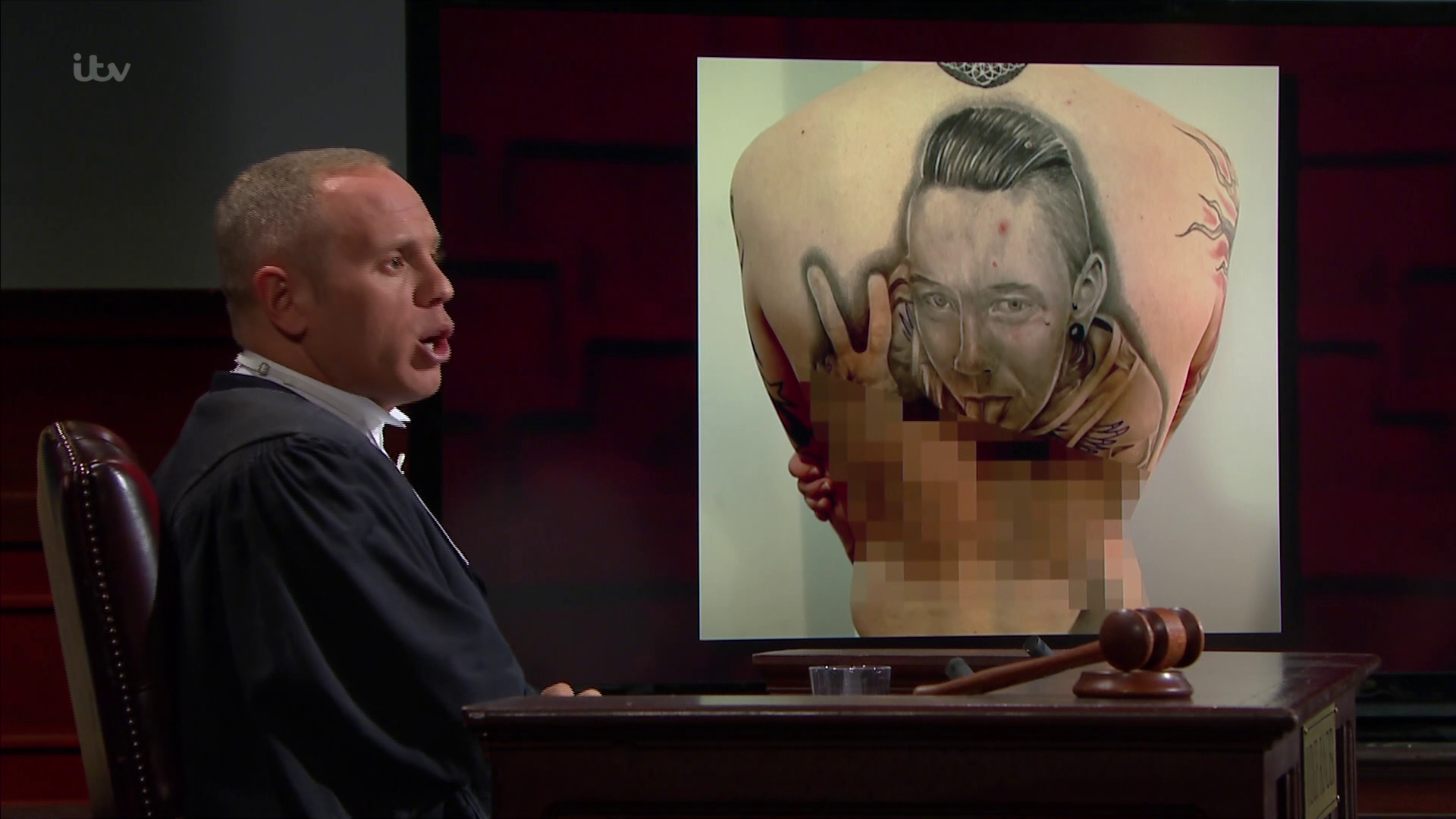 And tweets poured in begging her to sling him out of their home.

Another person wrote: "Listen lady, stop letting that little a**ehole walk all over you. Kick the “entrepreneur” out and let him fend for himself"

But other viewers recognised Jack from Charlotte Crosby's show Just Tattoo of Us.

One viewer tweeted: "Is that Jack from #judgerinder the same guy who was a d**k to his girlfriend on #justtattooofus!?

"@Charlottegshore if so, he hasn’t grown up, clearly!"

Last month, we revealed how a judge Rinder guest who was disgusted after seeing himself on TV dropped a whopping 25 stone.

Mitchell, from Halesowen, Dudley, now credits the show's host Rinder with "saving my life" after going from 40 stone to 15 stone.

He said: “I hated everything about how I looked. No matter what angle they filmed me from, I was disgusting.”