Jery Hewitt, a legendary stunt coordinator who worked on 14 of the Coen brothers’ films, including The Big Lebowski and Best Picture winner No Country for Old Men, and dozens of other films and TV shows including Dick Wolf’s Law & Order franchise, has died. He was 71.

Hewitt’s wife, stuntwoman Jennifer Lamb, who worked with him on the Wolf shows, was at his side when he died suddenly on November 21.

Along with other Coen brothers’ pics including O Brother, Where Art Thou? and Raising Arizona, Hewitt also was the stunt coordinator on more than 300 episodes of Wolf Entertainment programming, including every episode of the original Law & Order and 22 seasons of Law & Order SVU, on which he was working earlier this month. Wolf Entertainment said of his death that “has lost a member of the family.” 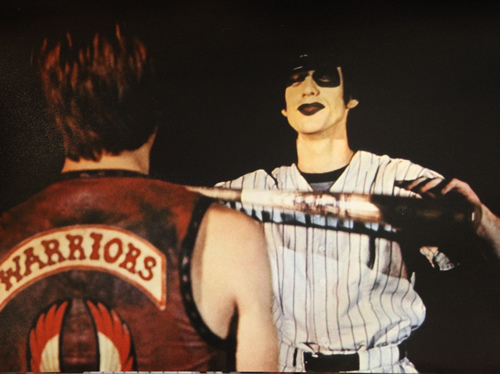 Graduating from the State University of New York at Farmingdale, Hewitt had a knack for storytelling and a secret interest in becoming a comedic actor, which led to opportunities to perform in a variety of projects in and out of the film industry. In 1977, he helped mountain climber George Willig scale the South Tower of the World Trade Center. Two years later, he landed his first feature film role as the leader of the Baseball Furies gang in the 1979 cult classic The Warriors.

Once described as “the thinking man’s stunt coordinator,” his hundreds of other coordinating credits include School of Rock, The Bourne Ultimatum, The Sopranos, Reign Over Me, The Manchurian Candidate, Tower Heist, The Birdcage and Angels in America. He also performed stunts on numerous other films, including Independence Day, Scent of a Woman, Ghostbusters II and Coyote Ugly.

“His laser-focused attention to detail ensured the safety of those he was working with and allowed the precision of the moment to be captured on film with clarity and the true beauty of the story he was helping to tell,” his family said. “Jery was honored to have worked on 14 of the Coen Brothers films and his efforts brought iconic moments to life, from teaching Tex Cobb how to ride a motorcycle in Raising Arizona, to sending his wife and collaborator for the past 25+ years, Jennifer Lamb, hurtling backwards into a snake pit in the remake of True Grit.”

He is survived by his wife; children Harry, Kevin, Sam and Molly; his brother, Don, and his wife, Mary; and many nieces, nephews and extended family.

His family will hold a small gathering on Friday at the Lazear-Smith & Vander Plaat Memorial Home in Warwick, NY, and next spring will hold a memorial service “to celebrate this great man and his bright light.” The family said: “If you would like to make a donation in Jery’s name, he was quite fond of Beautiful People Sports, Adaptive Sports for children with Disabilities. Jery – no surprise there – was a frequent volunteer for them. Or to any local food pantry or near Warwick.”