But Jeremy Clarkson insists the country life is worth fighting for and laughs off the downsides in his new TV show on Amazon Prime. Clarkson’s Farm features a blaze destroying dozens of hay bales, which is suspected to have been started by local teenagers. The former Top Gear presenter, 61, shrugged off the incident that sent smoke billowing for miles.

He said: “I don’t think they did it vindictively. The amount of Rizlas suggested they wouldn’t have known it was hay, or that they’d started a fire, or whose they were. No, I think it was just kids mucking about.”

Asked if locals who live around him were in favour of the show, he replied: “Who do you mean? Rebekah Brooks?”

Brooks is senior executive at Rupert Murdoch’s global media empire. She is also one of the ­so-called Chipping Norton set in the Cotswolds, which includes David Beckham – a regular visitor, along with daughter Harper, to Clarkson’s Diddly Squat farm shop – and former prime minister David Cameron.

They don’t make an appearance on the show, however.

Jeremy said: “The cameras are all on the farm and no one would even know they were there. And it’s quite a big farm so we don’t really see them.” The show reveals a softer side to the TV star as he takes on the challenges of farming life.

At one point he takes three ewes to an abattoir to be slaughtered. After the trio are left there, he wells up. 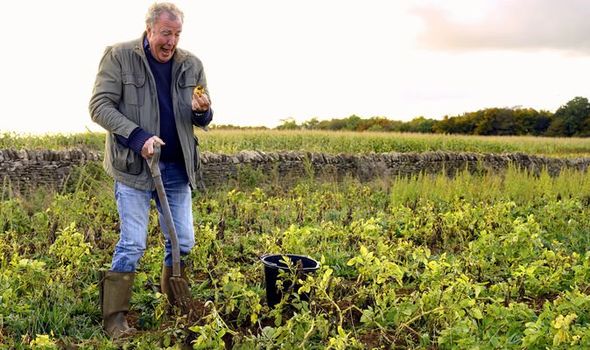 His partner Lisa Hogan, who also features occasionally in the eight-part series, revealed another twist in the story.

She said: “We made a shepherd’s pie [from those lambs], which you see Jeremy eat on the show.

“But after that, both of us had terrible heartburn. We were told you’re never meant to eat your own lamb but give it to a neighbouring farm, while they give you some in return. We
broke some convention.”

Jeremy has not signed up for a second series of Clarkson’s Farm but would like to.

He said: “Not yet. With Amazon you have to wait for an algorithm when the computer says ‘yes’ or ‘no’. 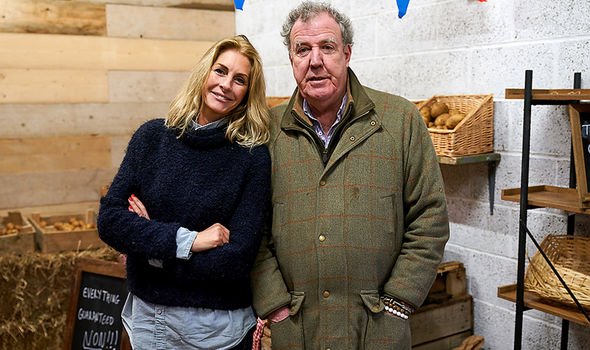 “I’d love to come back for a ­second series, I mean, I’m going to do it [farm] anyway. And if people enjoy watching it then it would be great to see what happens next.”

Jeremy revealed he made only 40p a day from arable farming.

But he insisted: “We have to find a way to make farms work. It can be made to pay.”

● Clarkson’s Farm is on Amazon Prime.