Clue: This “Big Bang Theory” theory actress and neurobiologist is about to “Blossom” as the next “Jeopardy!” guest host.

The answer is: Who is Mayim Bialik?

Of course! The star of new Fox comedy “Call Me Kat” begins her two-week stint at the quiz show’s podium Monday. She taped all 10 episodes over just two days, and is still “so in love” with her time on the set, describing the experience as “absolutely incredible.” The brainy lover of game shows is especially fond of “Jeopardy!”  because of “its cerebral bend and informational edge on a lot of other shows.”

Although Bialik doesn’t remember meeting host Alex Trebek, who died last November following a battle with pancreatic cancer, she recalls his cameo appearance on “Blossom,” her 1990s NBC sitcom. Bialik spoke with USA TODAY last week about Trebek’s presence on set, the biggest challenge she faced as host and her thoughts on taking the job permanently.

(This interview has been edited for length and clarity.)

The best and worst ‘Jeopardy!’ guest hosts, from Buzzy Cohen to Anderson Cooper 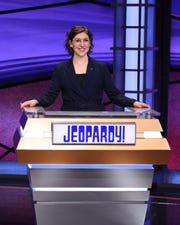 Question: As a fan of the show, do you play along at home?

Mayim Bialik: A lot of people assume that I’m naturally good at “Jeopardy!” and I must play at home and always win. But the kind of knowledge and information that is required to be a “Jeopardy!”-level champion is very, very specific. And I have specificity in neuroscience and in how to be a sitcom actress, but this is a different kind of fandom.

Q: And when the opportunity to host came along, how did you react?

Q: So it sounds like you jumped at the chance to host.

Bialik: I was so grateful. There were a few snafus in terms of scheduling and COVID. Part of our industry was shut down after Thanksgiving, and I was so nervous that I would lose my slotted dates. To do this also knowing the importance and significance after Alex passed away (and) really honoring this brand and this show was so important to me.

That was before I even got there, and then my experience of actually filming was so incredibly gratifying, and I don’t really know how to explain it other than to say it really felt like being home. It felt like these are my people, the way that the show is run, the way that that we understand the material and how to move through this show it just felt really, really natural, and it was terrific. I cried. I cried after my two days there. I didn’t want to leave.

Who will be the next ‘Jeopardy!’ host? Everything we know about the search 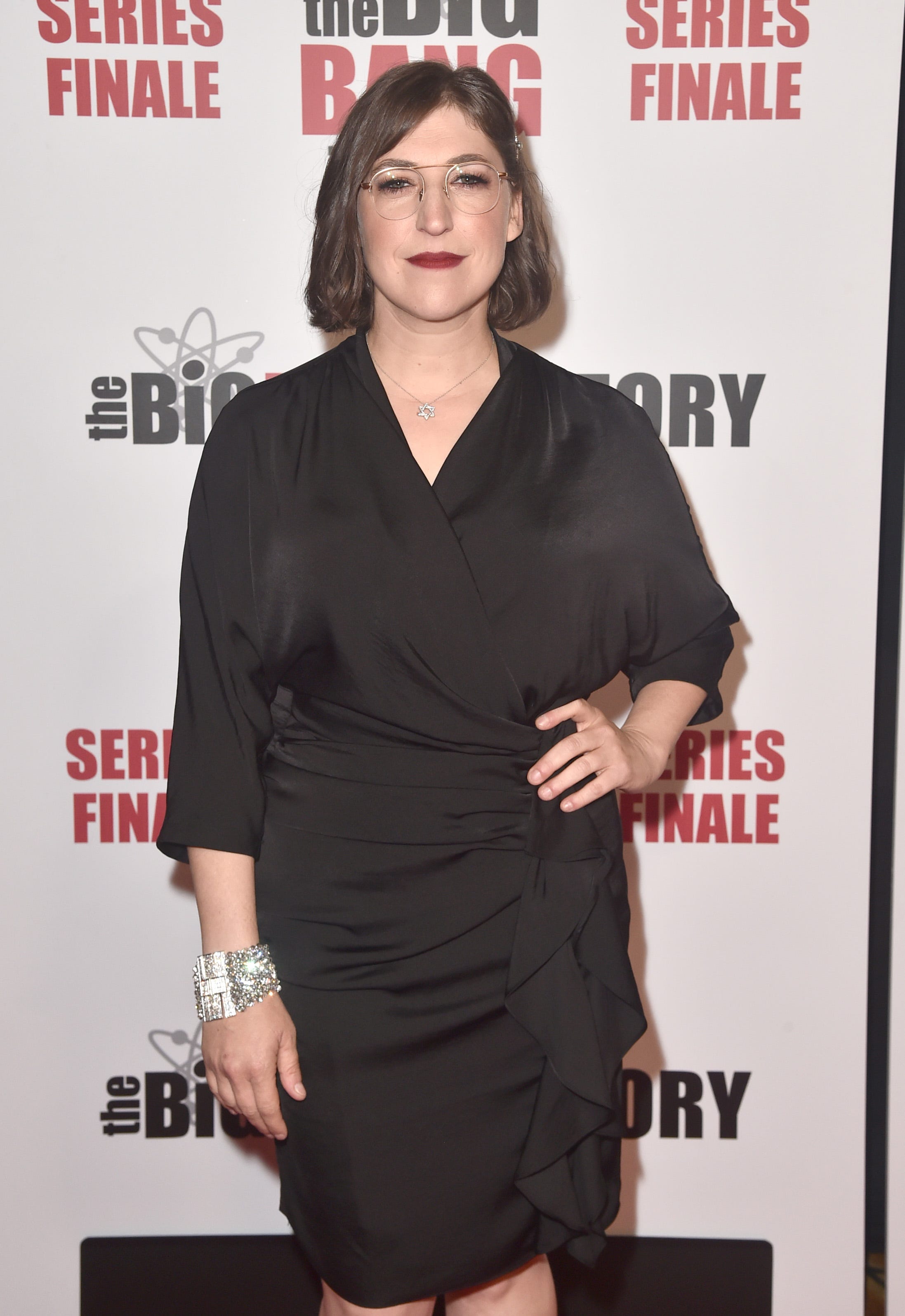 Q: Did you experience any nerves on your first day?

Bialik: I was terrified (laughs). It’s not like you can even try to fill Alex’s shoes. Everybody kind of holds his energy present on that stage. You still feel him there, and I think I really just wanted to discreetly and humbly take that podium.

Every episode moves so quickly, and your job as host is not to mess up, meaning not to read the clue and then re-read it if you stumble. It’s a very specific and well-oiled machine. I was nervous the whole time, but it was nervous excitement, and once I kind of got into a rhythm it felt more natural, and I felt like I was able to ad-lib a little bit more. But (I) was coached through the things that Alex did that we like to protect and be as little of a nuisance as possible.

Q: What are some of the things that Alex did that they wanted to protect?

Bialik: Alex was about the economy of words, meaning you don’t need to have a full dialogue every time someone gets something correct or incorrect. And part of that is really respecting the timing of the show. It’s a lot of clues to get through (61), and you don’t have time to be adorable. You don’t have time to ad-lib a ton. So really finding the least number of words to communicate where we’re at in the show and what’s coming up, that’s really what I tried to hone.

Q: What was the most challenging part of hosting?

Bialik: Reading words in languages that I don’t speak. There’s a lot of clues about things in history that I don’t know about. I don’t know how to pronounce the lakes of Africa off the top of my head. Alex spoke French. It’s a language I do not speak, but there definitely were a lot of clues in French, and I kind of pronounced (things) like a trucker. So definitely had to re-record a lot of pronunciation stuff.

‘No one else has lobbied’: ‘Jeopardy!’ producer on how LeVar Burton won his audition spot 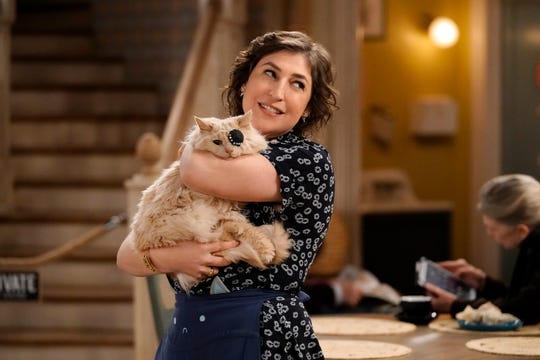 Mayim Bialik stars in Fox's "Call Me Kat," which has been renewed for a second season. (Photo: Lisa Rose/FOX)

Q: Would you want to be considered as a permanent replacement?

Bialik: There’s not any answer that doesn’t include yes! Look, I’m on social media, I see what happens. I will say that for me personally, and academically speaking, this is a really, really, really lovely place that I felt so comfortable, and was really honored to be part of it in any way. But obviously feel very strongly that if people find me tolerable, this is a dream job.

Q: Do you have a favorite thing about Alex Trebek’s hosting style, or is there something that you miss?

Bialik: There’s a reason that he had the success and longevity that he did. He was the perfect combination of authority and host and friend, and also, from what I’ve heard, an incredibly generous and lovely man.

Q: And you’ve selected the National Alliance on Mental Illness as your charity. (A donation matching the cumulative winnings during a star’s turn as guest host will be made to their selected organization.) Why did you pick that charity?

Bialik: I’ve been involved with that charity as a client, as it were. They provide support not only to individuals living with mental illness, but to their families as well, to give support to help people get through understanding that the family member is struggling or hospitalized or living with a mental illness. And I started a mental health podcast, actually, over COVID (Mayim Bialik’s Breakdown), and so that’s really been where most of my time and energy has been (directed), helping get the word out about organizations like NAMI that provide support.