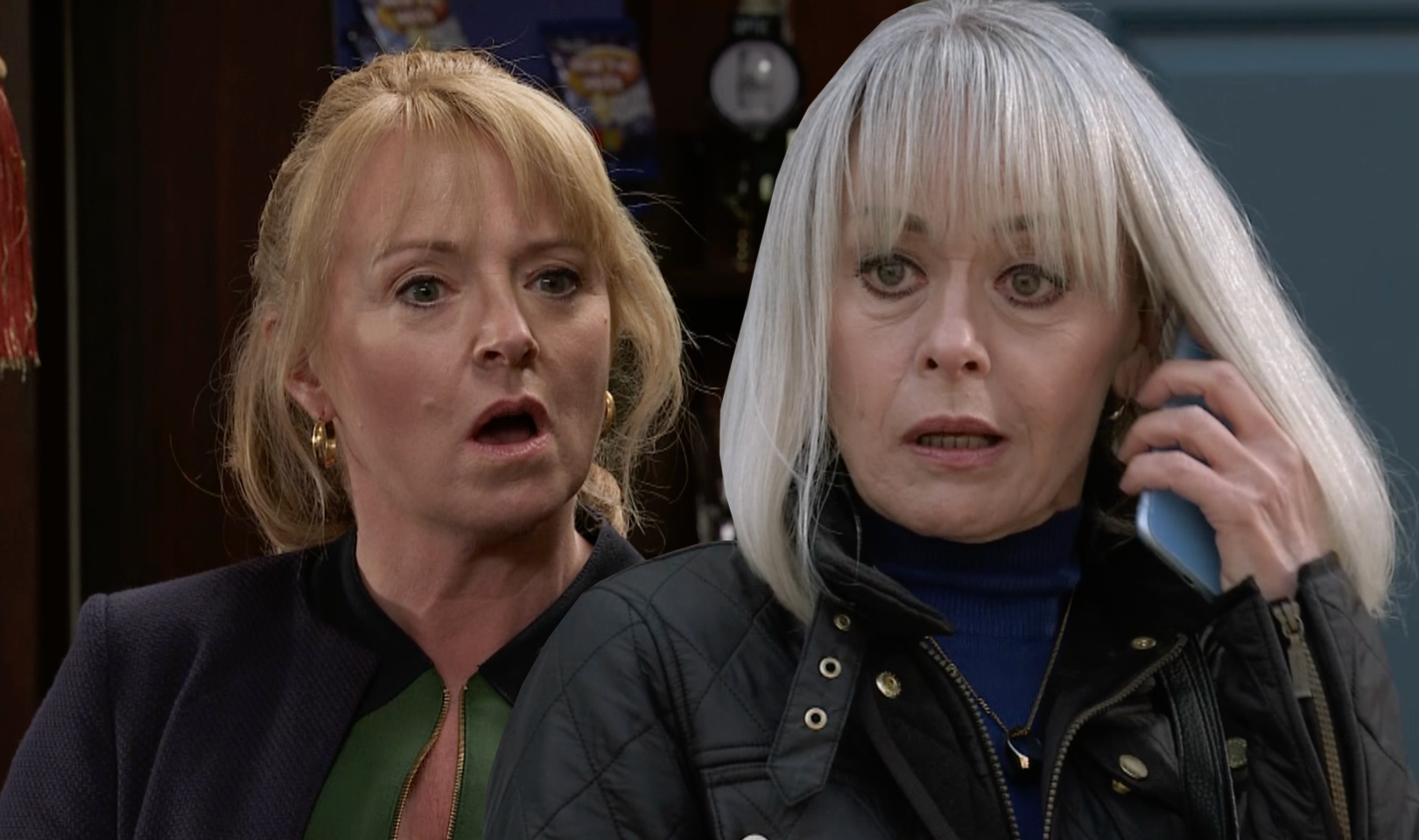 Jenny Connor (Sally Ann Matthews) is set to be left stunned when her suspicions about shifty Sharon Bentley (Tracie Bennett) are confirmed – and then some, in Coronation Street.

While Jenny has never trusted Jenny, she never expected her to be in cahoots with drugs baron Harvey (Will Mellor), endangering the lives of many resident.

But as Jenny confronts Sharon, she ends up in danger as Sharon is prepared to go to some serious lengths to silence her.

Sharon tells Gemma that she has decided to move back home, so Gemma insists on meeting for a leaving drink. Soon afterwards, Jenny is suspicious when Sharon tells them of a sudden change of plan.

Johnny and Jenny head to the Bistro for lunch, but Jenny’s put out to clock Ronnie and Sharon at the next table.

Jenny is intrigued when Johnny says he knows her from the prison and that he has no knowledge of the mentoring scheme she claims to be part of.

When Jenny asks Gary to find out what he can about Harvey, she is shocked to discover the link between Harvey and Sharon. What will she do with the information?

At the same time, Sharon has clocked the intimacy between Ronnie and Jenny, so tells Jenny to watch her back.

And this threat looks set to be far more than exposing Jenny’s passion with Ronnie to Johnny.

Coronation Street airs these scenes on Friday May 28 at 7:30pm on ITV.