JENNIFER Lopez's daughter Emme, 11, stuns fans as she sang alongside her mom for the Super Bowl halftime performance.

The tween surprised audiences when she sang a rendition of JLo's hit Let's Get Loud. 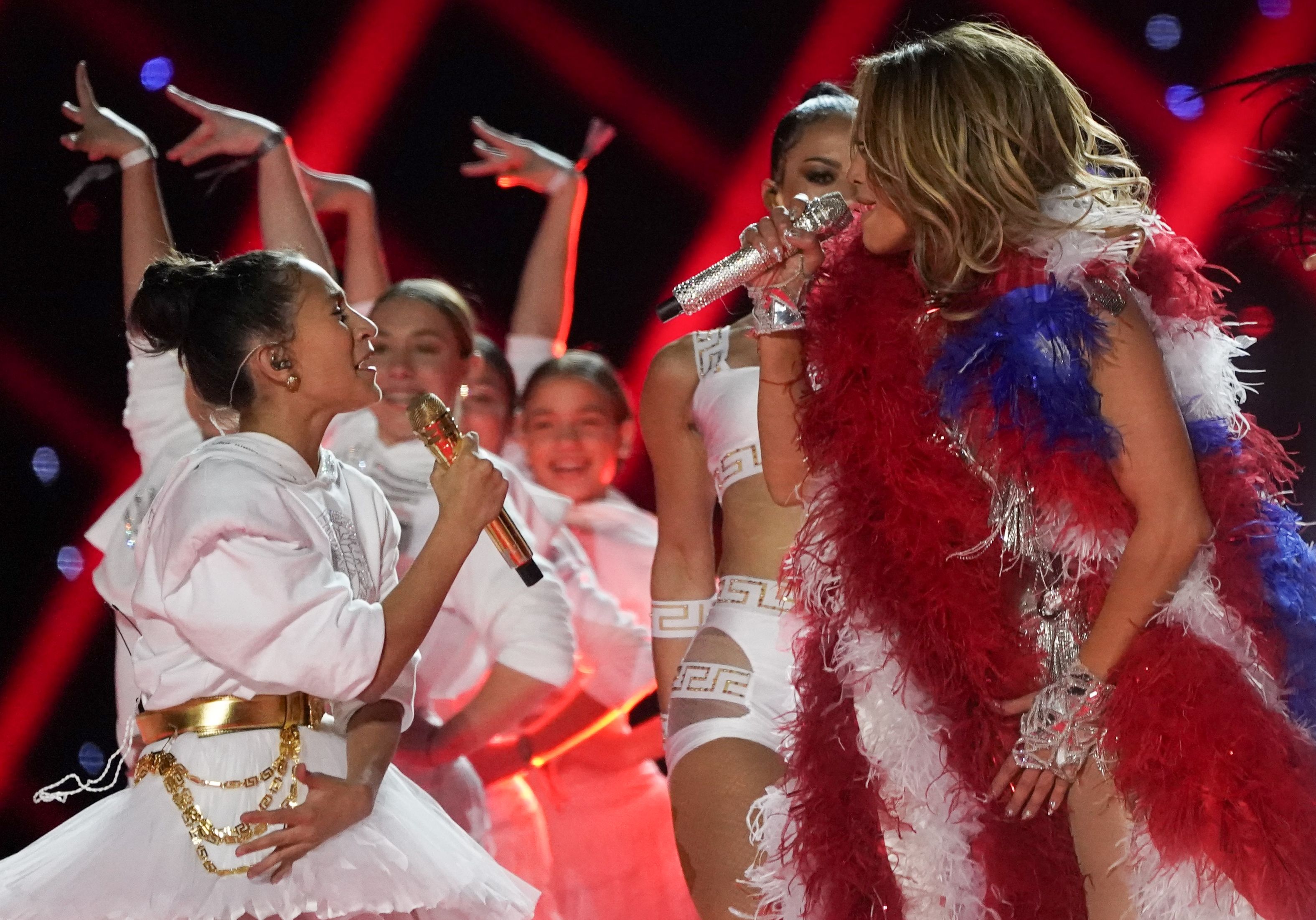 She was backed by a choir of other young girls, before her mother performed the song at its original tempo.

Jennifer Lopez was dressed in a feathery cape, with the Puerto Rican flag on one side and the American flag on the other.

The pair then sang Bruce Springsteen's classic Born in the USA as they were joined Shakira on the drums.

Once the kids left the stage, the duo closed the show with a booty-shaking rendition of Shakira's Waka Waka. 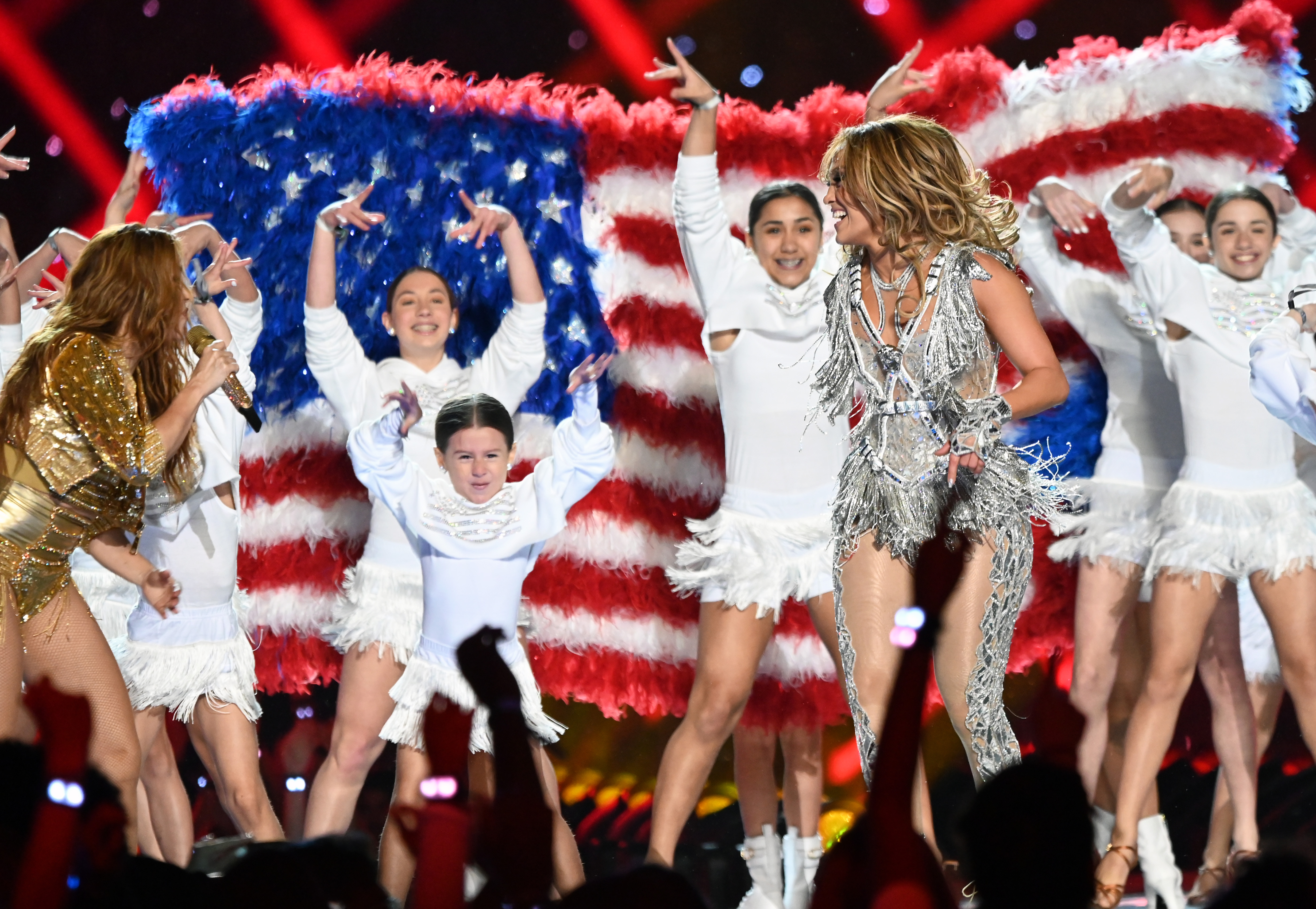 Fans were stunned by the performance, with many saying the young singer takes after her mother.

One person said: "Definitely a highlight of the show was Jlo’s number with her daughter."

Another said: "Here i am, with tears in my eyes because JLo’s daughter was singing too"

A third added: "Imagine being @JLo daughter like to have such a talent to be able to sing on stage with your mum at the super bowl! She stole the show my heart when I see them together melts" 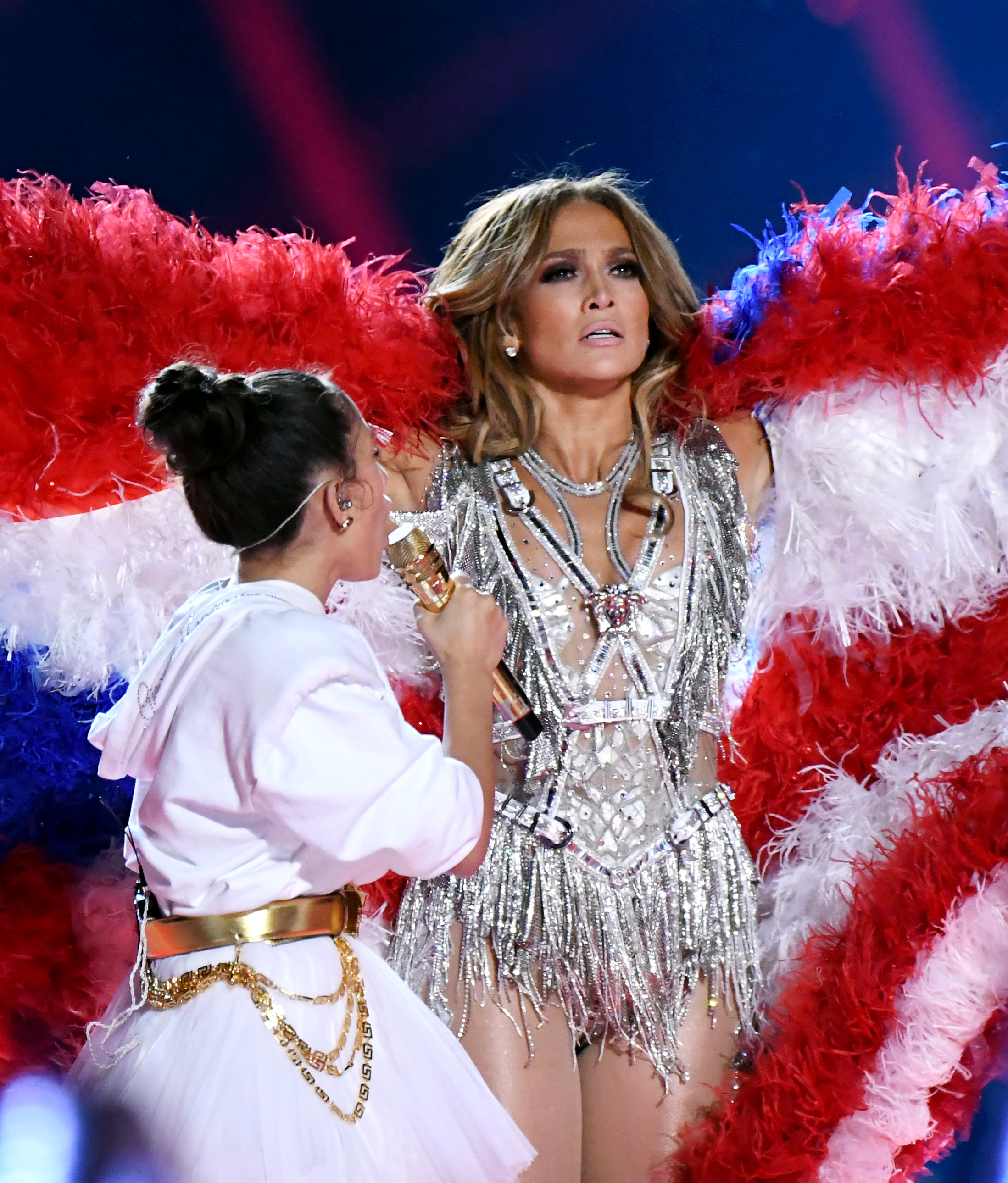 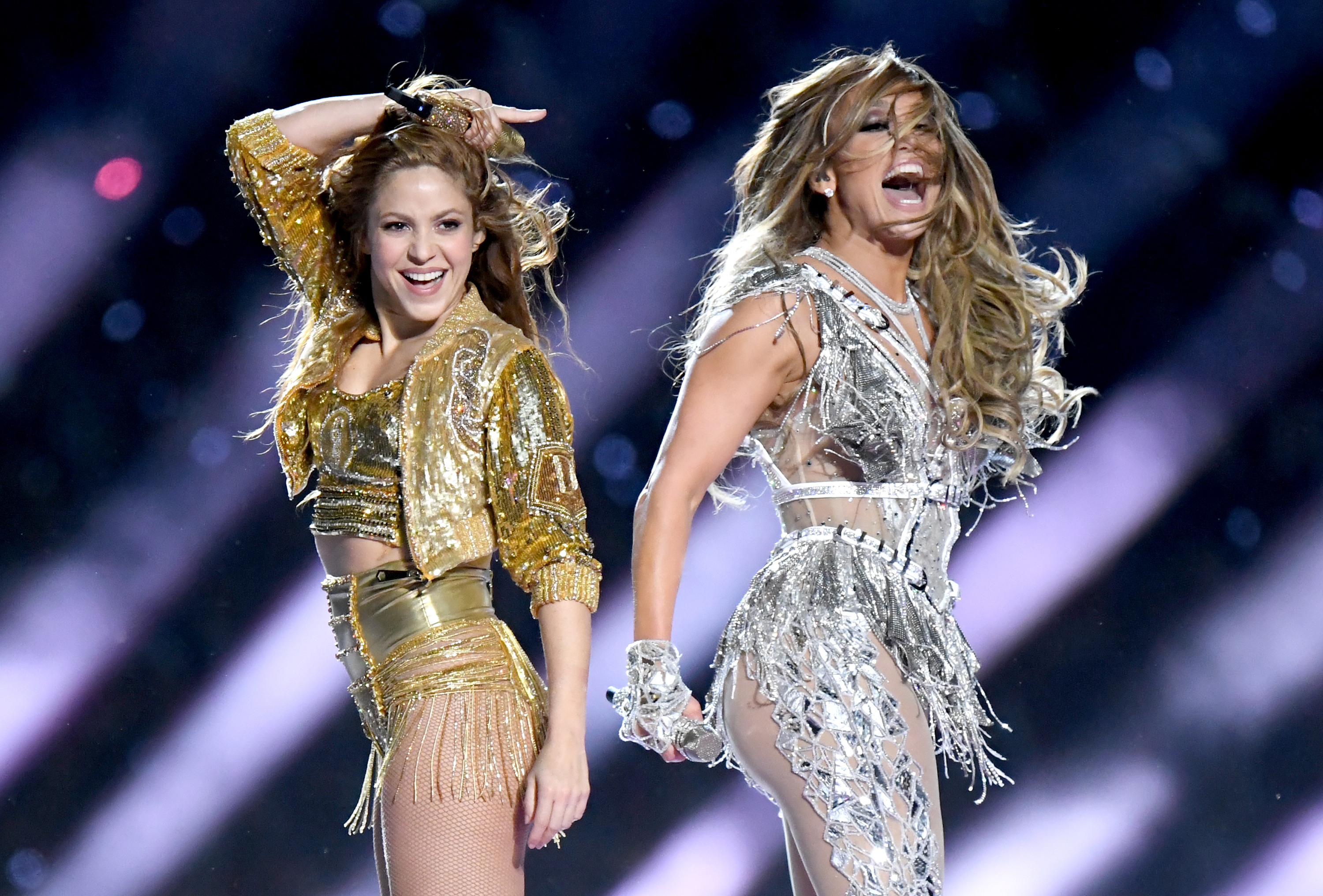 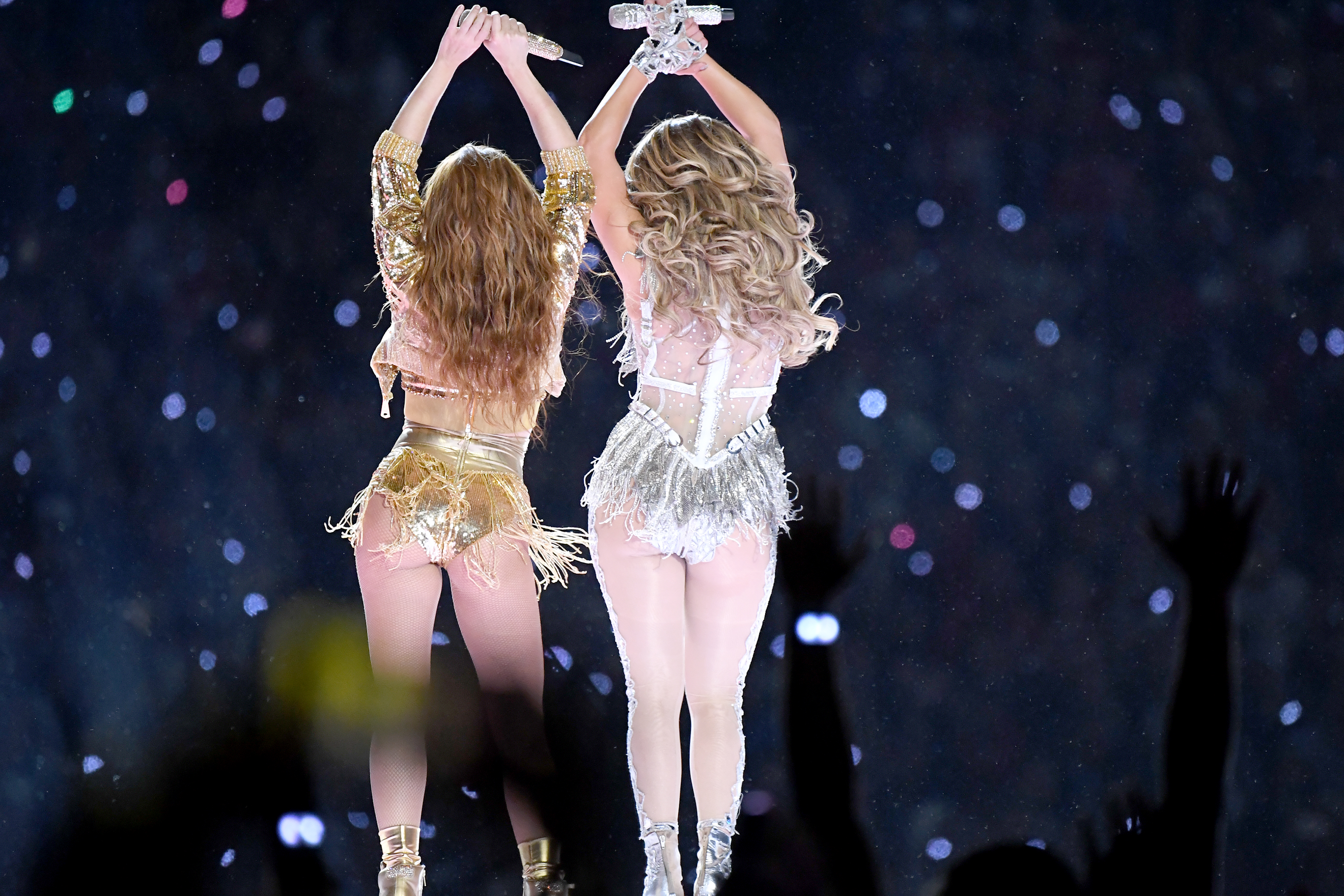 JLo and Shakira dazzled audiences with the halftime performance.

Shakira took the stage first in a gorgeous red sparkly dress and showed off her signature hips as she seductively danced across the stage with a rope.

She crowd surfed through a section of her medley of hits – which included She Wolf, Whenever, Wherever and Hips Don't Lie – joined by a sea of dancers in matching red costumes and Puerto Rican singer Bad Bunny.

J. Lo sang next for a sexy performance of her most famous songs which included Jenny From the Block, I'm Real, Get Right, Booty and On the Floor. 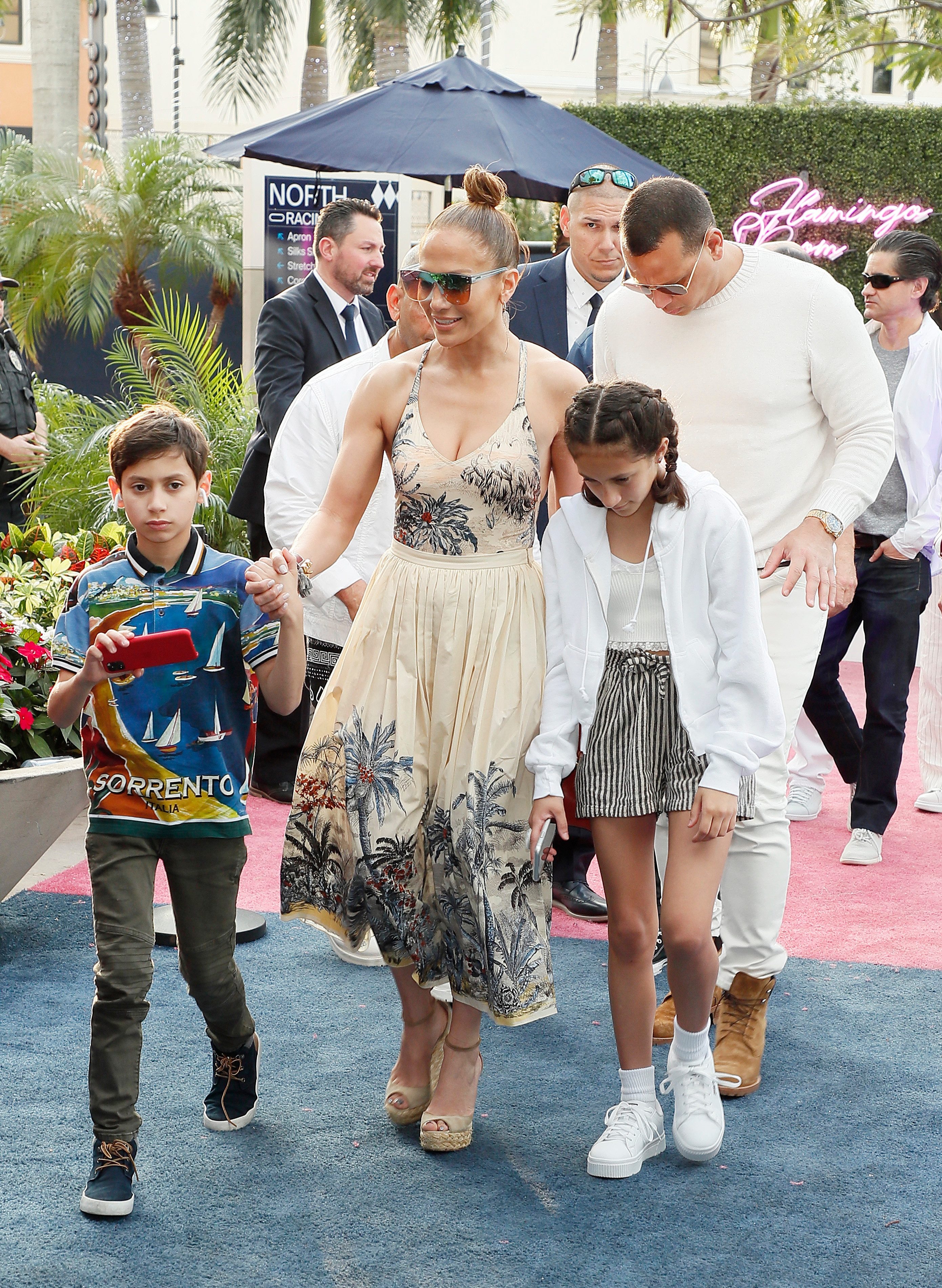 The Hustlers star showed she still had moves from her film during an elaborate pole dance where she showed off her leg strength as she stunningly twirled above the crowd.

More than 100 background performers were below the brunette beauty as she transitioned from pole back to the stage.