The Masked Singer will see the final three contestants; Octopus, Queen Bee and Hedgehog take to the stage and perform once more in the wild and wacky celebrity singing competition. Ahead of the last instalment, speculation is rife as to which famous face is hiding underneath the Hedgehog mask. According to the latest odds from Ladbrokes, it seems Jamie Redknapp may have signed up.

Each weekend, viewers, the audience and the star-studded judging panel which consists of Ken Jeong, Davina McCall, Rita Ora and Jonathan Ross are given clues to help them guess the celebrity’s identity.

As for who Hedgehog might be, guess so far have named Alfie Boe, Michael Ball or Jason Manford as the man behind the mask.

But Ladbrokes have thrown another name into the mix; Jamie Redknapp.

According to the bookmaker, the former footballer could find himself being unmasked as the Hedgehog after they revealed his odds at 25/1. 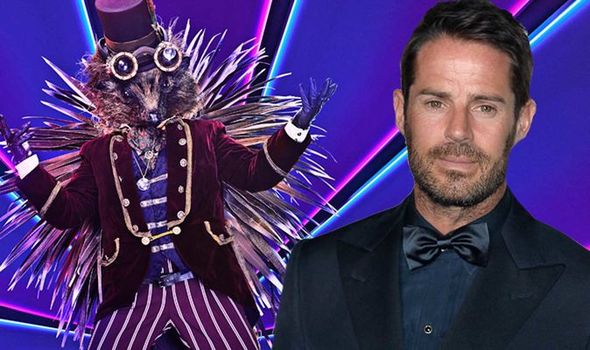 Alex Apati of Ladbrokes said: “Jamie Redknapp’s no stranger to our screens on a weekend, but we’d be baffled if he’s the man in the mask.”

Jamie was originally speculated to be Tree, which was later unveiled as fellow sportsman Teddy Sheringham.

After an appearance on Good Morning Britain earlier this year, hosts Susanna Reid and Ben Shephard probed Jamie about his involvement in Britain’s debut series of the ITV show.

He told the presenters: “I’ve got a lovely voice. That’s the way I turned up this morning to be honest,” he laughed as an image of the branched character flashed up on screen. 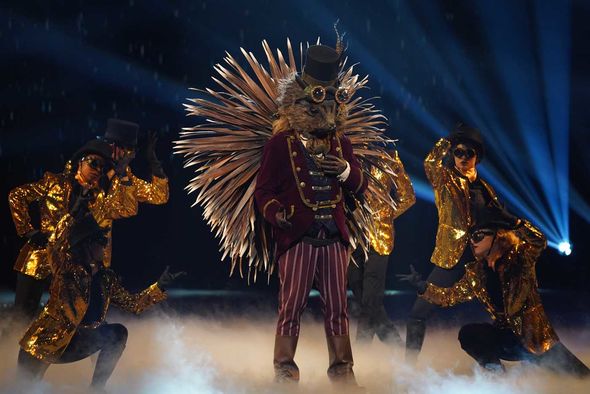 Jamie said: “Can I say if that’s me or not? No, it’s not me. I don’t even know what it was. I kept getting messages saying, are you a tree? I was like, well, yeah if you want me to say that it’s fine.

“But no, I am not a tree, unfortunately.” Perhaps he is Hedgehog instead?

As for what the clues are to help fans out, back in week one of the competition he sang Little Mix’s Black Magic, followed by Take That’s Shine and Oasis’ Don’t Look Back in Anger.

So far, those watching at home know he is a “bit posh” and is mostly “active at night”. He is also more introverted than you might expect and happiest when on stage. 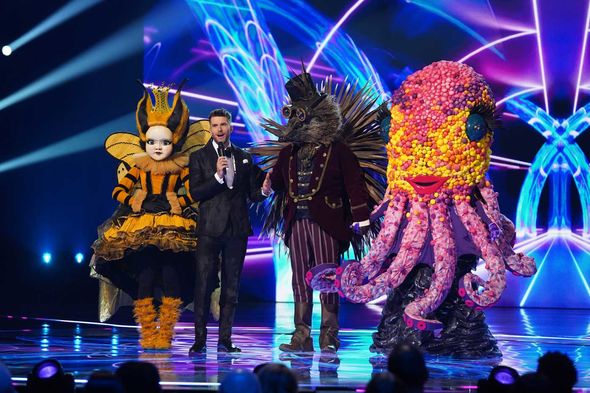 As for their profession, they had a job where they “died at 8.30 every night,” as well as having a connection to shows such as Phantom of the Opera and Hairspray.

Therefore, it seems highly unlikely Jamie is the person prancing on stage as Hedgehog.

There was also two truths and one line give to the judges: he sometimes wears high heels onstage/once worked at a major fast-food restaurant/his daughter is more famous than he is.

Who do you think is the celebrity behind the mask?

Fans have taken to Twitter with their suggestions, and one said: “#TheMaskedSinger I think….Hedgehog is Alexander Armstrong…Octopus is Katherine Jenkins….Queen bee is Jade from Little Mix.”

“After comparing Hedgehog’s voice #TheMaskedSinger to Michael Ball’s and Alfie Boe’s voice I’m now totally confused! Knowing my luck it won’t be either of them but I’m hoping it is one of them,” another said.

A third wrote: “That Hedgehog is deffo Jason Manford. Never thought I’d get so caught up in this bl**dy show #TheMaskedSinger

The Masked Singer returns on Saturday night on ITV.