JACK Fincham hardly recognises himself anymore – gone are the days of downing free booze and snorting lines of cocaine with his Love Island pals.

Now, the former pen salesman is in the best shape of his life and has swapped seedy nightclubs and celebrity women for the gym to become a professional boxer. 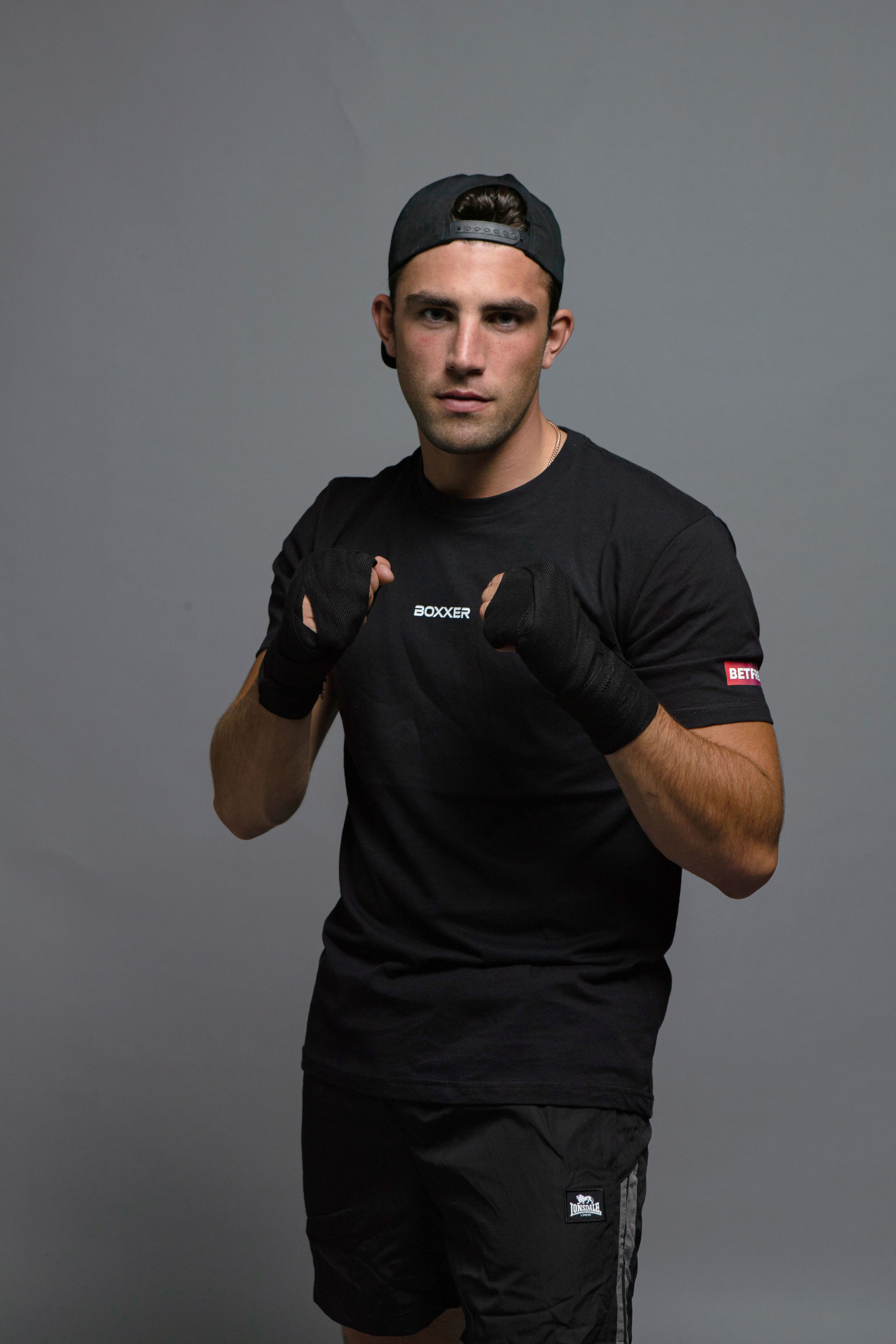 The 26-year-old Love Island winner now swigs protein shakes and works out for three hours a day to get into the best shape of his life – both mentally and physically.

After his split from Dani Dyer after nine months together, Jack has turned his party lifestyle around with an 8-week training camp ahead of his first professional fight in November.

The Kent-born reality star is getting his life back on track as he defeats his mental health demons and the challenges of co-parenting his daughter Blossom.

“I get up in the morning and train, I have something to eat, walk the dogs and then I’m going back to training again,” he says.

“I just feel amazing, this is the best I’ve felt in years. 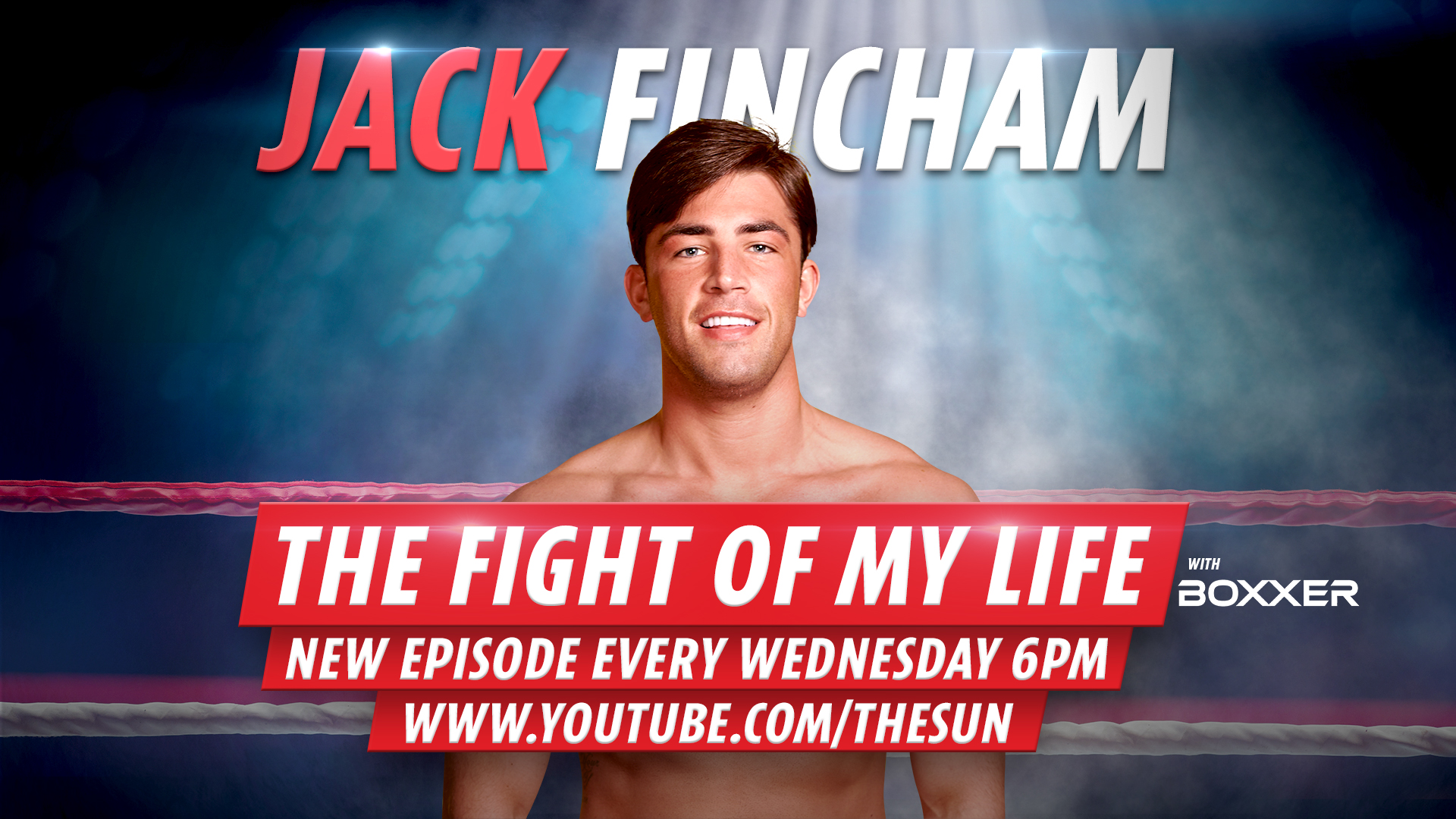 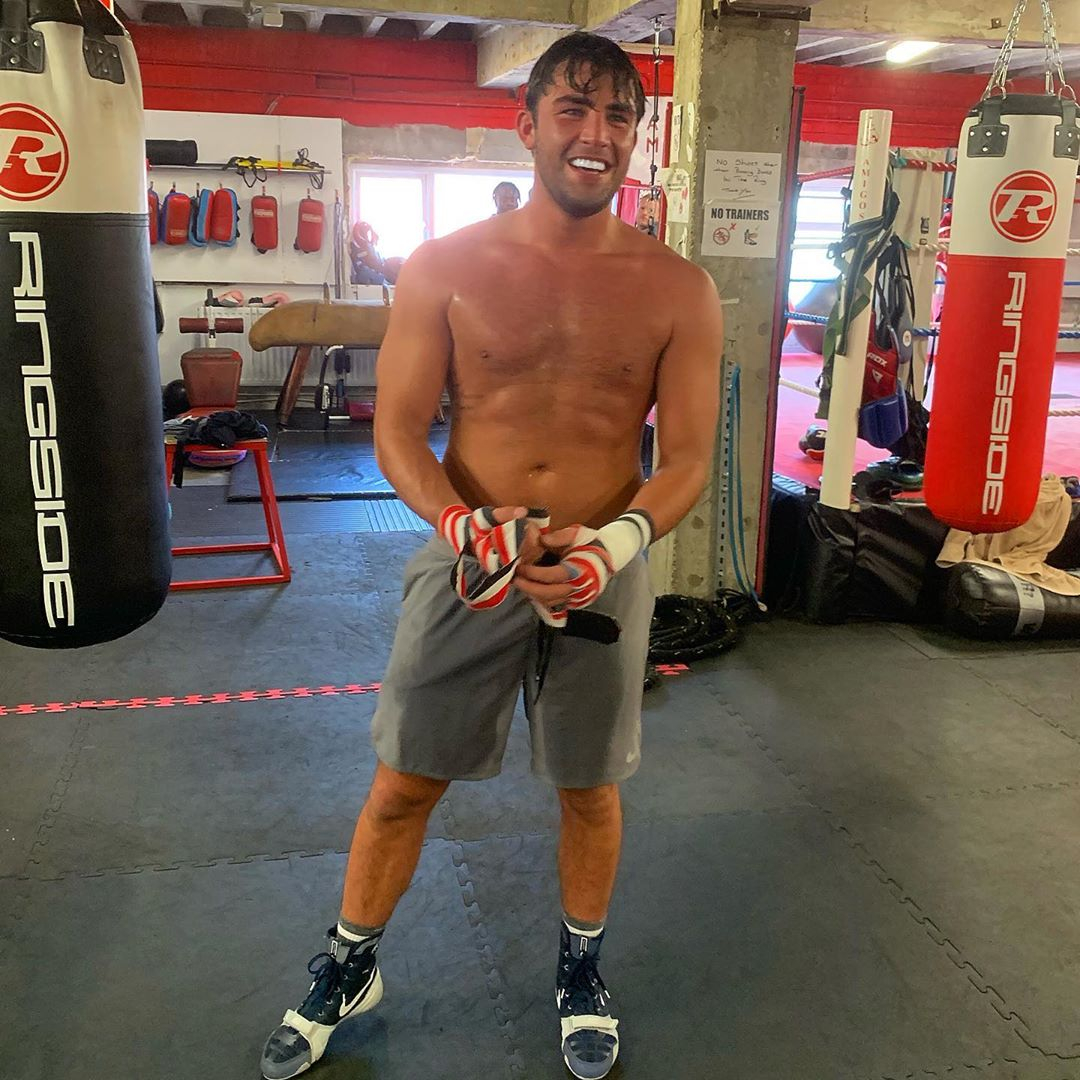 “I’m doing about three hours a day, it's hard work; I’m not going to lie.”

Jack shot to fame in Love Island two years ago, winning the series with Dani Dyer, before calling time on their relationship nine months later.

But his battle with severe anxiety and depression started years before the ups and downs of reality TV when he was a young teenager and was exacerbated by the free booze and cocaine binges that came with his sudden fame.

By the time he was 19, Jack’s “overthinking” sparked depression so bad he couldn’t sleep and didn’t want to leave the house. 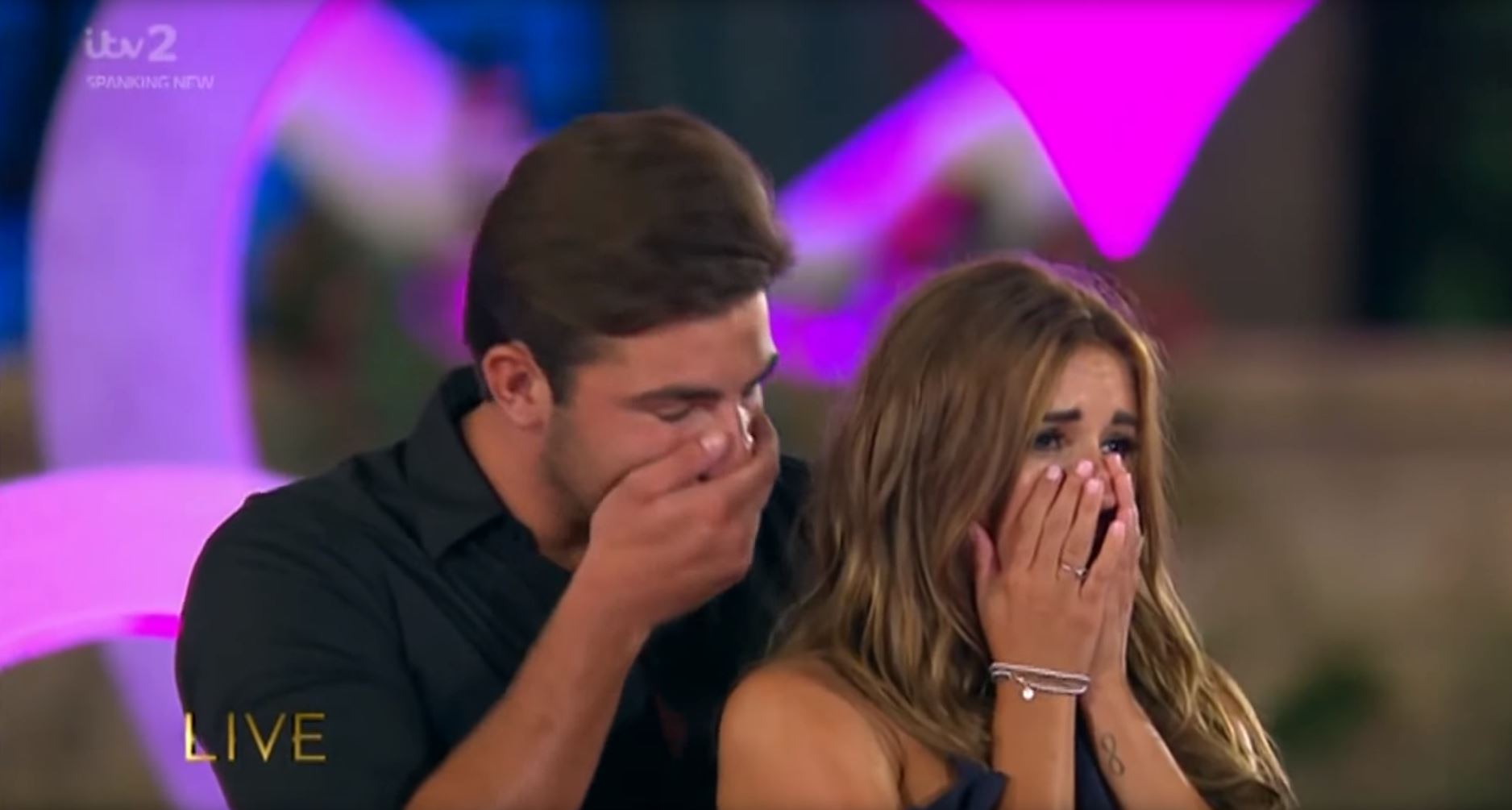 He finally got help from his GP and was signed off from his job as a pen salesman and prescribed a range of drugs including citalopram, an antidepressant, and propranolol, a beta blocker used to treat anxiety.

“It’s the overthinking and I can’t sleep – since I was a young teenager it’s something I’ve suffered with,” he tells us.

“Sometimes you’d have a bad day and talk negatively to yourself.

“With anxiety you can start overthinking things you don’t need to think and then it all snowballs. I’ve got out of that mindset. 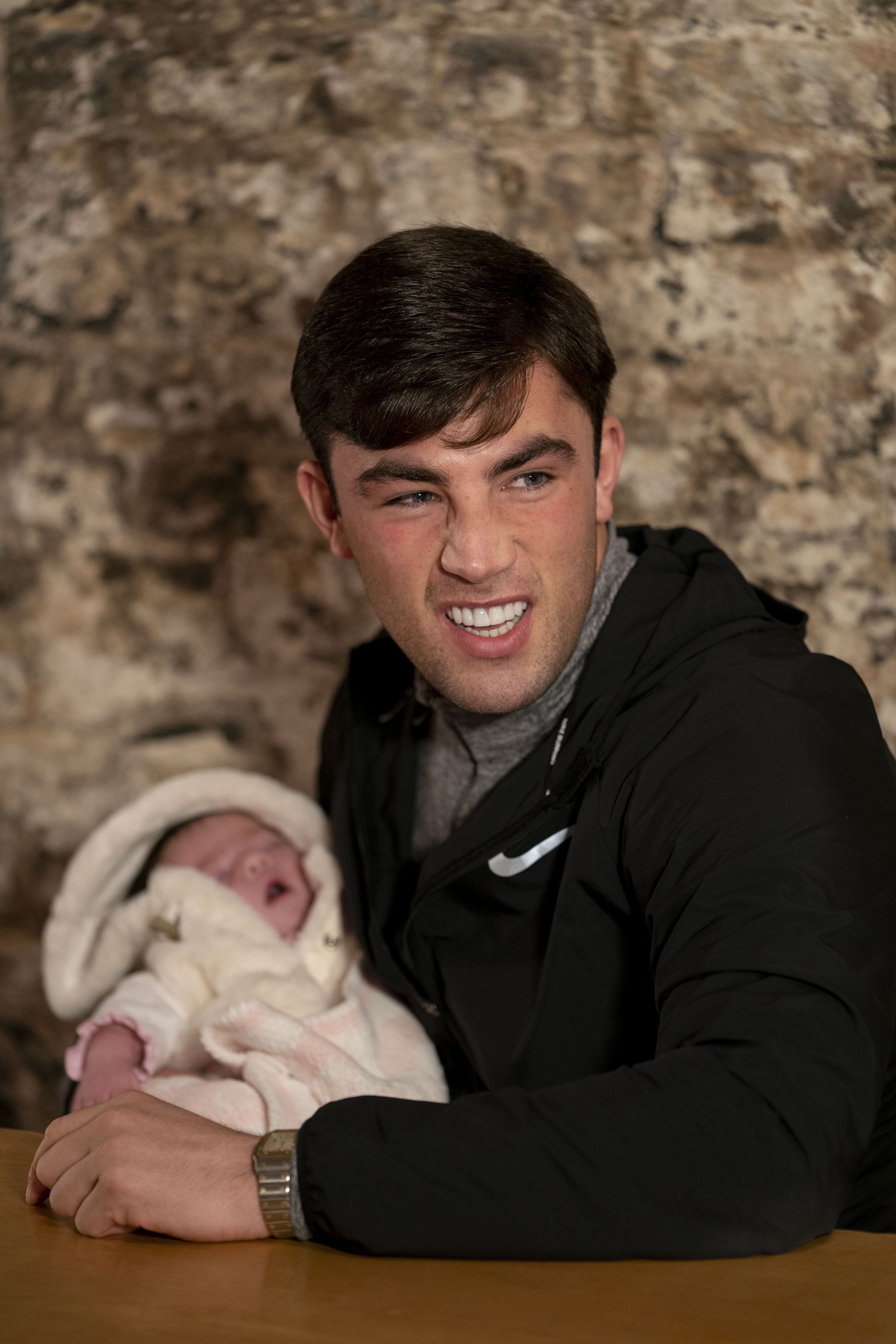 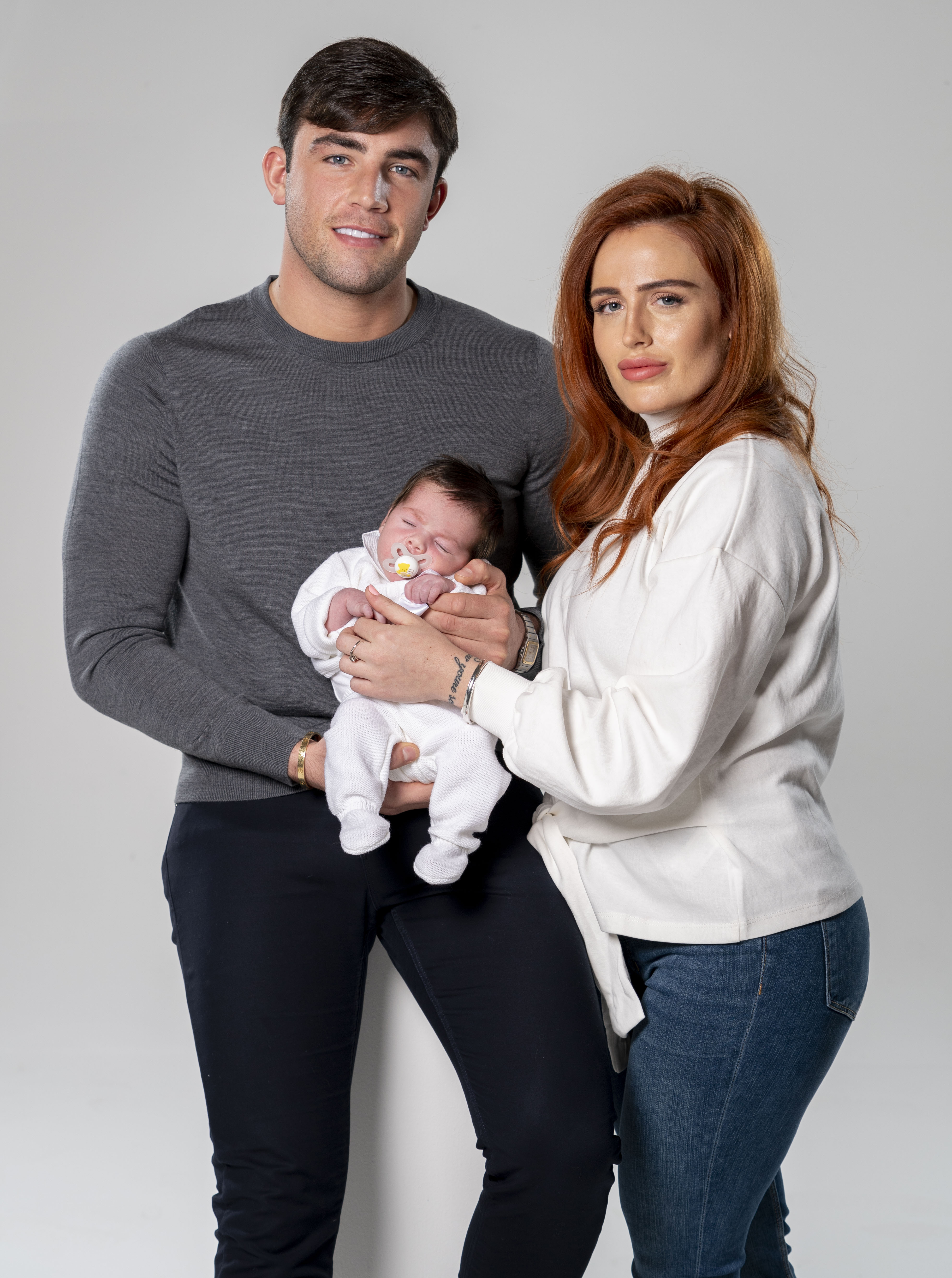 “Anyone who suffers with it, I highly recommend exercise; you feel like you’ve achieved something and everything will fall into place.”

And now after sticking to his tough training regime, Jack has finally got his anxiety under control.

“I’m going to start lowering the dose,” he says with determination.

“Boxing has helped me so much that I’m ready to take that away as a crutch and do it naturally and to get myself in the best physical shape and mental state I’ve ever been in.” 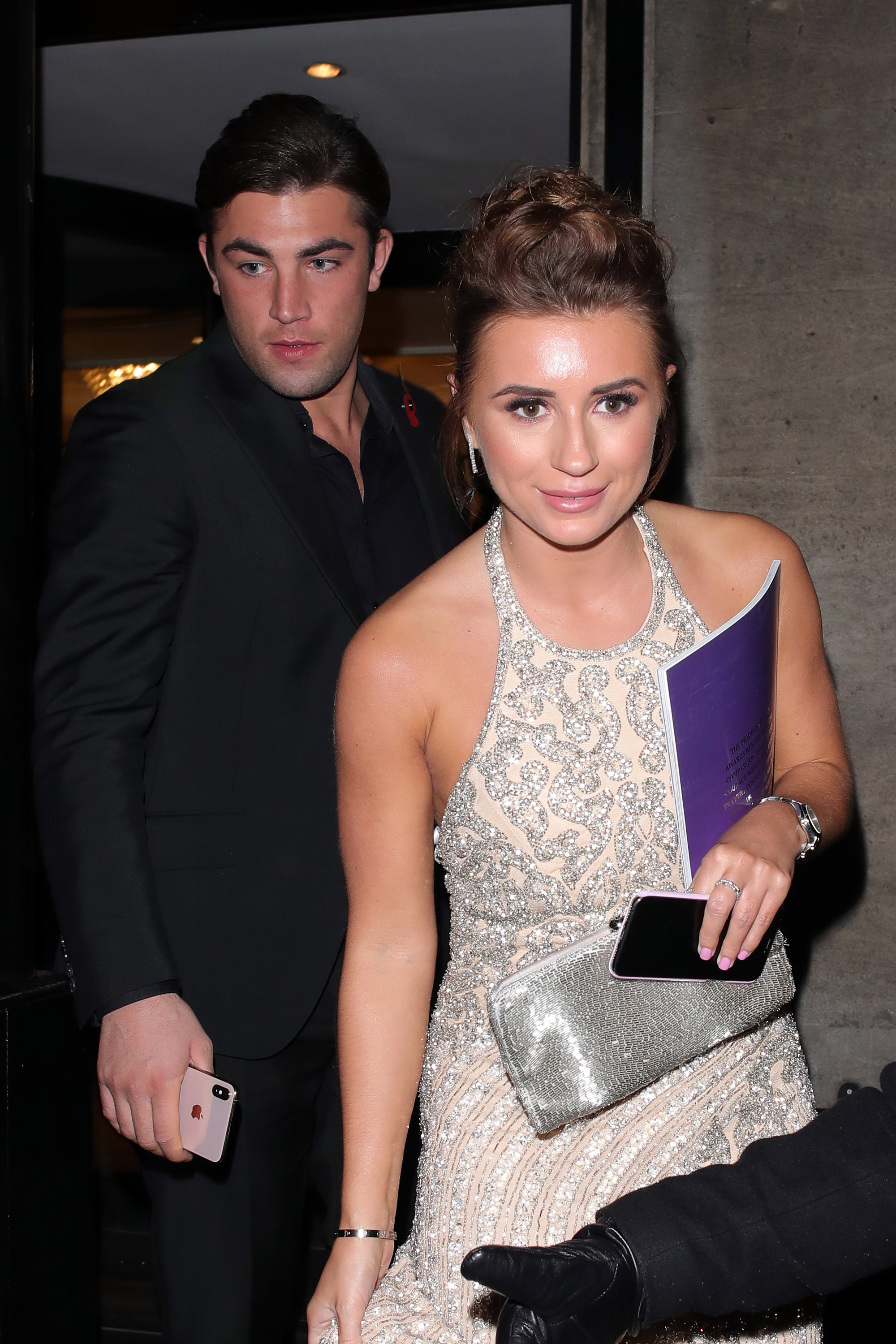 The “discipline and controlled aggression” from boxing are doing Jack wonders and he admits his anxiety has always come in “bouts” but he’s now feeling “the best I’ve been in a long while”.

“I feel proud of myself that I’m doing it, I’m getting myself up and going training,” he says.

When Jack walked into the Love Island villa in 2018 he was praised for his body confidence as one of the only lads without a six-pack.

But just six months after leaving the villa the partying took its toll and he was branded "obese" by doctors as the 5ft 11in star tipped the scales at 16st. 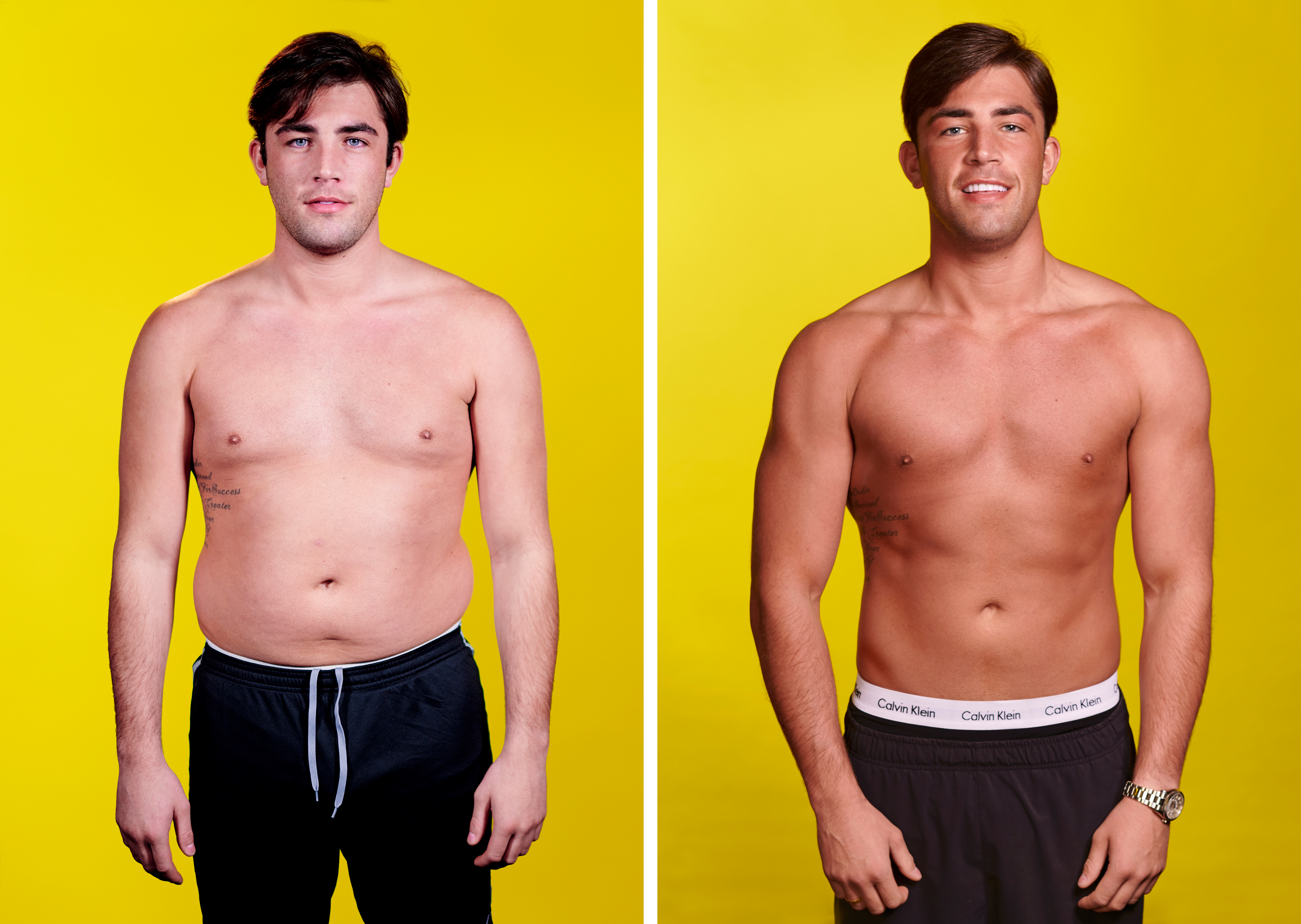 Now his gruelling training regime has seen him lose two stone and he’s finally got the washboard abs to make any bombshell jealous.

“I’m only two weeks into training and I can already see the difference in my body, I look thinner, fitter and my skin looks better,” he says.

“I’ve got a bit of weight to go before I box but I still have a good few weeks to go.

“By the time I weigh in, I will be the best shape that I’ve been in my adult life.” 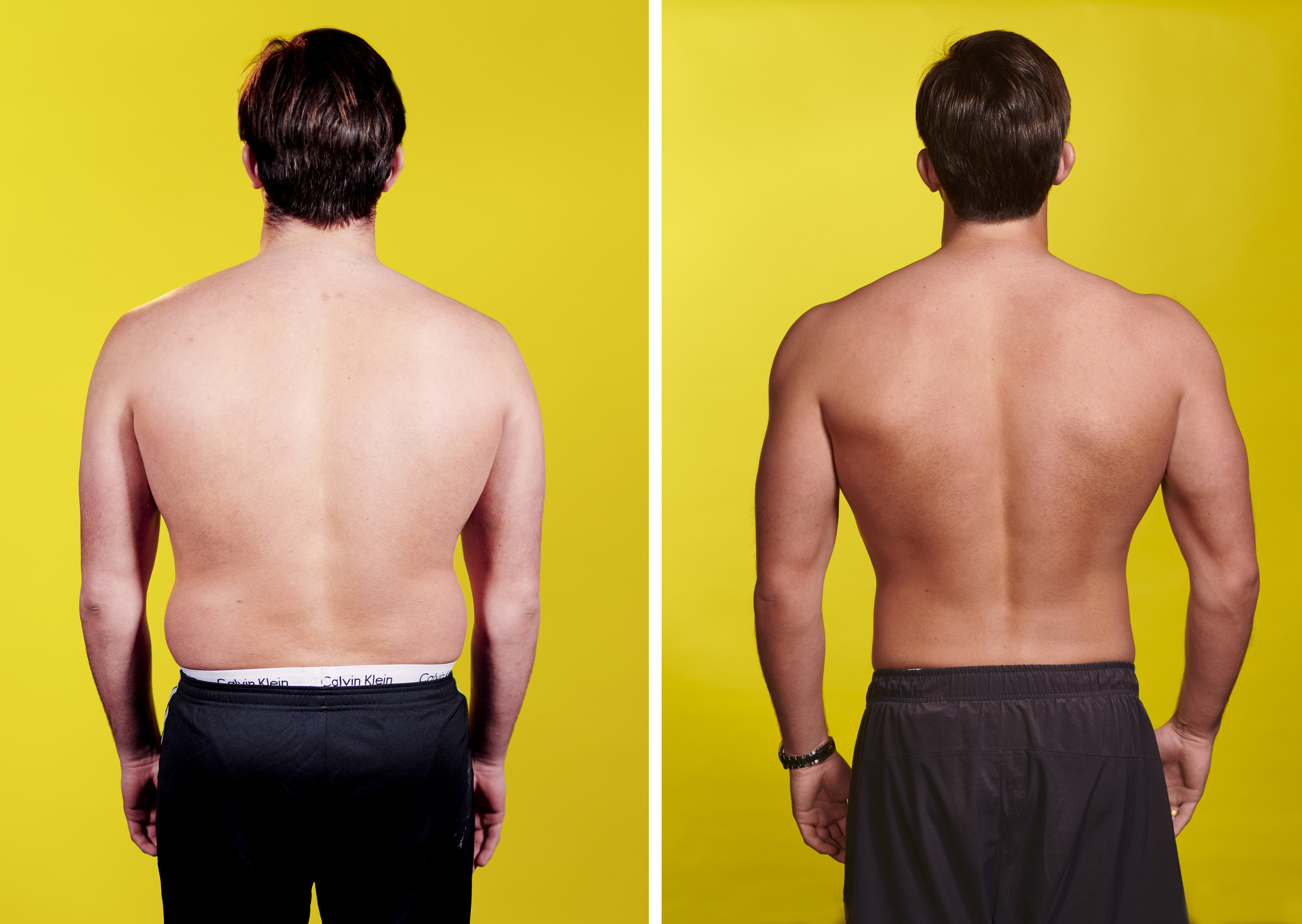 Jack will enter the ring as a light heavyweight but he’s hoping to get down to super middleweight by his next fight.

“I’ve always been body confident, this for me isn’t about the body and how I look,” he says.

Jack’s determination to win is a far cry from the party-loving geezer who admitted to bingeing on cocaine last year. 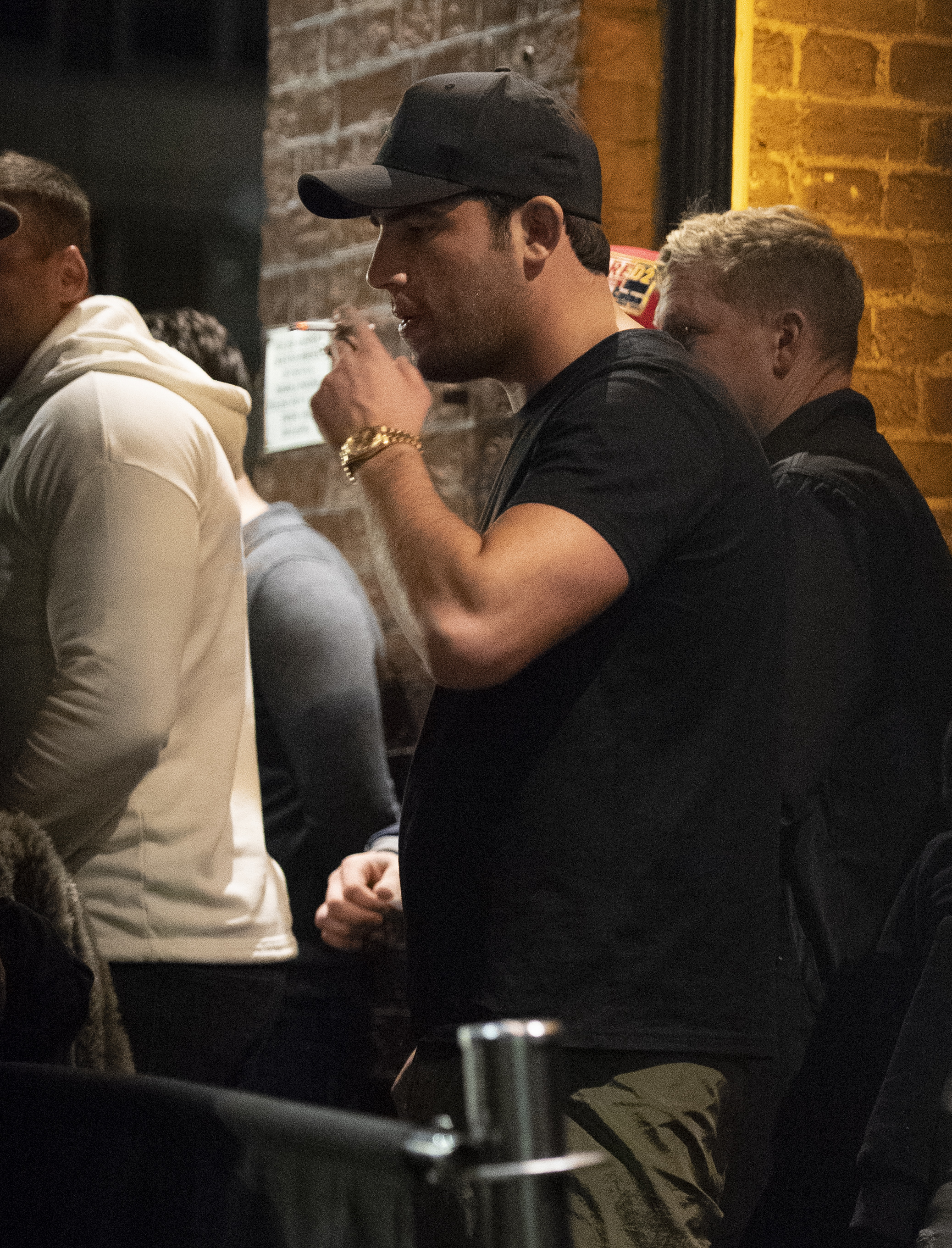 He told The Sun how his new-found fame in the wake of his TV triumph meant he was regularly offered illegal substances while drunk on free booze at celebrity parties.

Jack admitted he caved in to temptation after an all-night “blowout” that saw him snorting cocaine at a club after knocking back booze in the early hours of the morning.

“I’d never normally be in these situations but, yes, since winning the show I have been offered cocaine a lot,” he told The Sun at the time.

“But I went out all night, I was drinking and I just got ­carried away and made a stupid, stupid mistake which I wish I’d never done, you know. I regret it.” 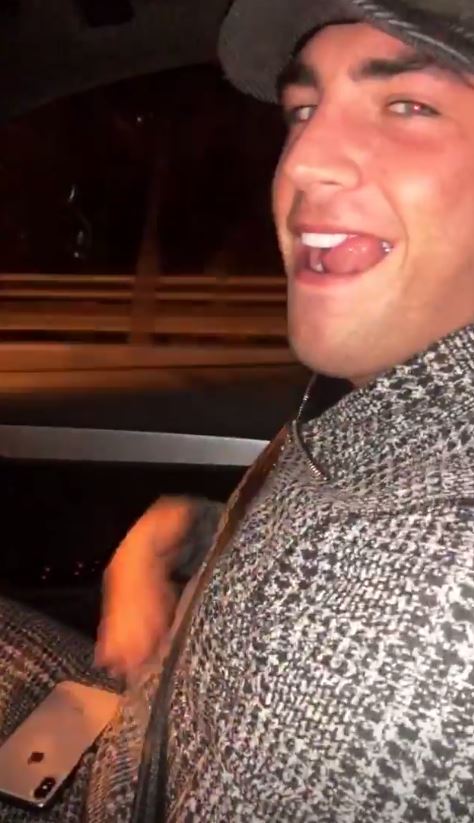 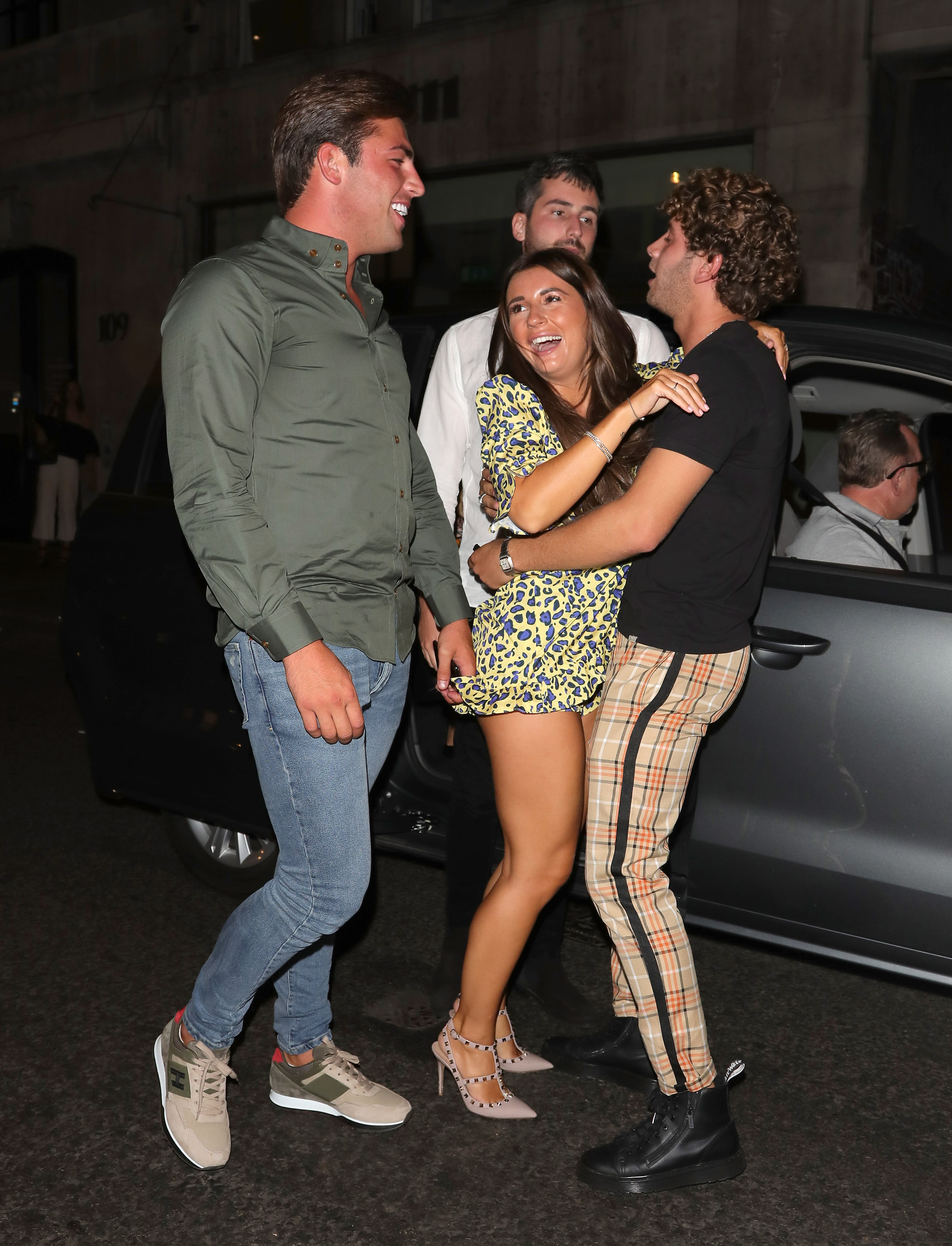 A year on and new dad Jack says the party lifestyle is behind him.

“All you get from going out is a headache and I realise now that I have better things to do – I’d rather better myself,” he says.

Jack has had to grow up quickly this year after announcing he'd become a dad in January following a "whirlwind romance" with NHS worker Casey Ranger.

But it hasn’t all been plain sailing as he soon split from his baby’s mum. 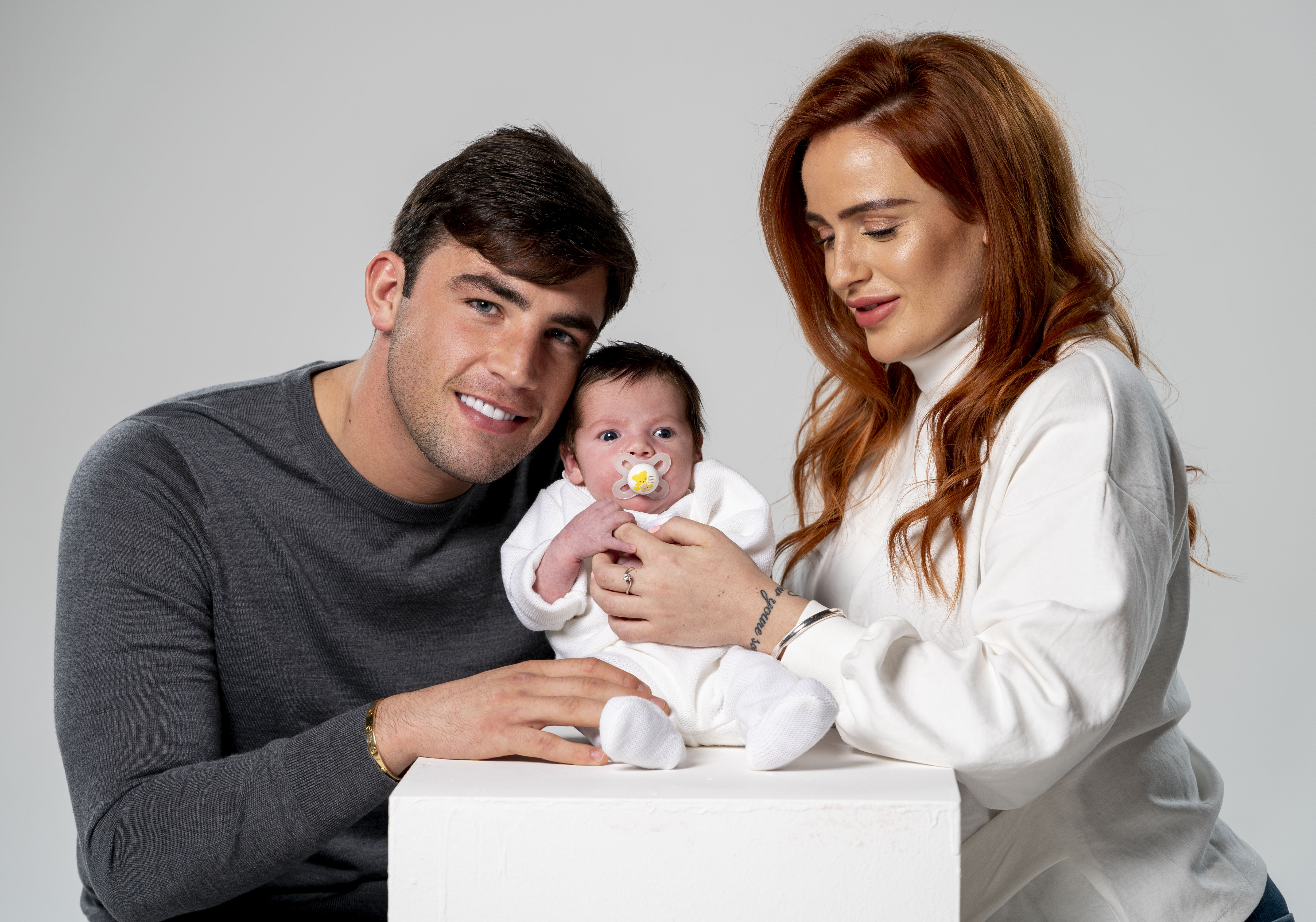 Jack told fans that he and Casey were no longer together but were “just mates” and their priority was "co-parenting" their newborn.

But despite stepping up to his new responsibility as a father, things appear to have turned sour and earlier this month he penned a heartbreaking message to his baby daughter on Instagram.

"Miss my baby. The time will come. Love you Blossom,” he wrote before quickly deleting the post.

Now that he’s back in a healthy routine and has his anxiety under control, Jack admits he’s now feeling “more positive” about his complicated family life. 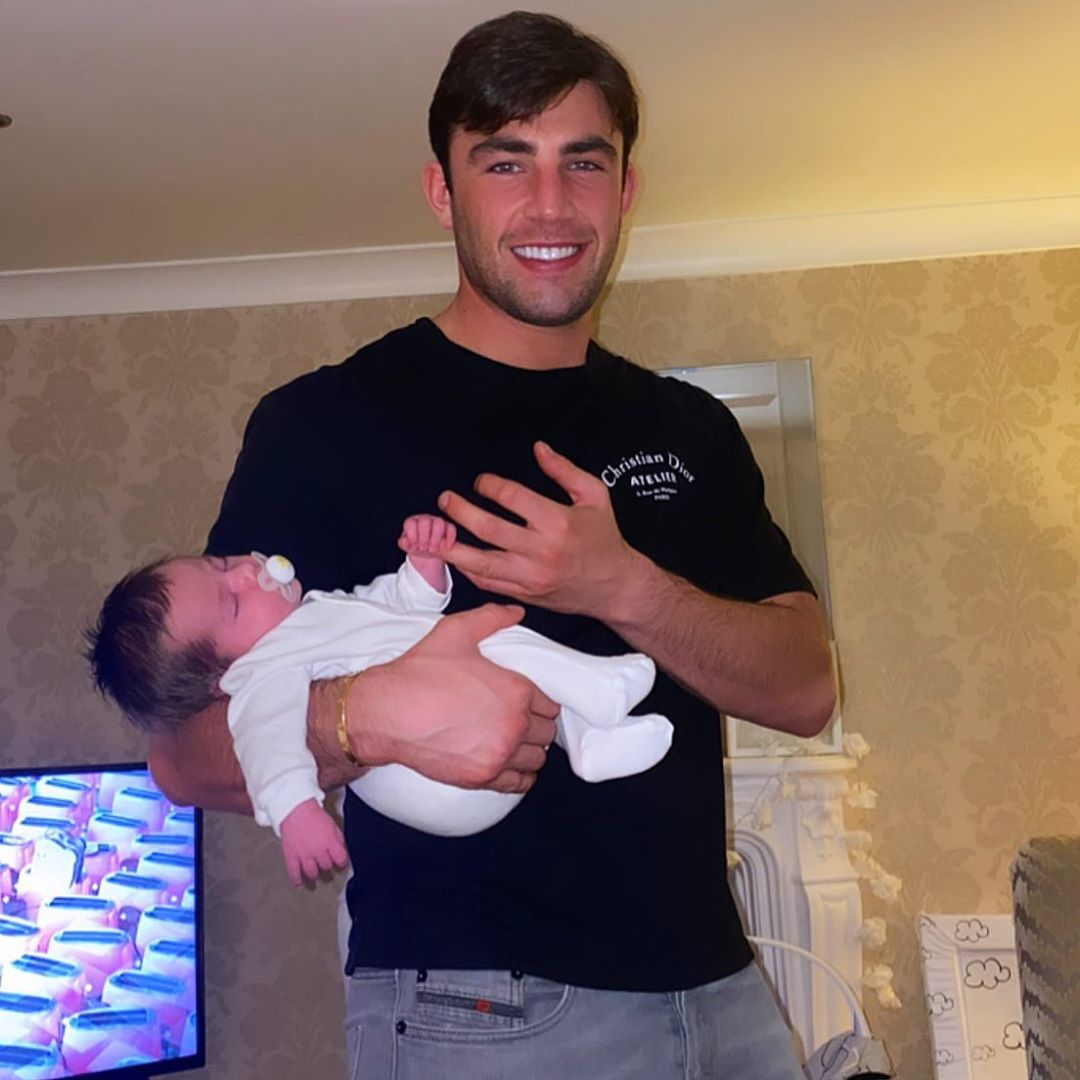 “For me when I am in a training camp, everything in your life just gets better,” he says.

“You sleep better, everything around boxing just falls into place and you’re in a better mindset.

“You're more positive about your family life and everything.”

His journey will be shown in a six-part reality series on The Sun's YouTube channel as cameras follow his journey up until fight night in Jack Fincham: The Fight Of My Life.

His Love Island pal Dr Alex George will also star in the series as Jack’s best friend and a pillar of support.

“Me and Alex are very good friends, he is one of the most wonderful people I have ever met,” he said.

Back in the summer Dr Alex revealed his little brother Llŷr took his own life just weeks before he was due to start medical school.

The beloved NHS doctor told fans he was going through the "hardest times" he's ever faced in his life but has still found the strength to support his friend during training.

“He’s such a lovely man and even though he’s got his own troubles he will still offer advice and still be on the other end of the phone if you need any help,” Jack said.

Before Dr Alex was struck with tragedy he was working long hours in A&E during the coronavirus pandemic.

“He’s a very positive guy, he’s out there helping others, and he’s a hero,” his friend says.

“He’s been absolutely amazing, he’s got his own life going on and he’s still out there saving lives.

“I’ve got so much respect for the man.”

Dr Alex has been helping Jack stay on track and encouraged him when working as a presenter on Ultimate Boxxer with BT Sport and being ringside reignited his passion for boxing.

“It gave me the bug and I wanted to get back in there,” he says.

“It’s always been a dream of mine to turn professional and have a professional fight since I was a little boy in the gym and to be given this opportunity it’s just a bit of a pinch yourself moment.”

Jack started boxing when he was 13 and was an amateur boxer throughout his teenage years.

He had 26 amateur fights under his belt and represented Eltham ABC until he quit to join the cast of Love Island.

Jack had his first senior fight at 18 and after a bitter defeat he had a comeback fight but admits he “wasn’t strong enough” to win.

“I didn’t train properly for it but the talent was there but my fitness wasn’t where it should have been,” he says.

Jack is now preparing to make his professional debut with a fight on Tuesday 10th November available to watch on Boxxer.

“This time round I am training twice a day, I’ve never done that before in my life,” he says.

And he’s thrilled that boxing fans will be able to follow his journey back to the ring in his new reality show.

“It’s so exciting, I’m excited for people to see a different side of me and just see that number one that I can box and number two that anyone can get themselves in shape and anything you put your mind to you can do it.

This is how working from home can boost workplace happiness
We and our partners use cookies on this site to improve our service, perform analytics, personalize advertising, measure advertising performance, and remember website preferences.Ok