Ruth Langsford, 59, and husband Eamonn Holmes, 59, were back on hand to present today’s edition of the programme, taking over the reins from Holly Willoughby, 38, and Phillip Schofield, 57, for the next seven weeks.

One of the segments on This Morning saw the couple sit down with former Love Island champion Kem Cetinay, 23, to discuss the latest antics going down on the ITV reality show.

Kem thought he’d spice up his latest stint on the programme by speaking about the Al-based FaceApp which has cooked up a storm on social media giving users a glimpse at their future selves.

However, Ruth and Eamonn came face-to-face with their young selves as Kem reversed the use of the app, to which the pair were delighted.

Eamonn was so hot when he was young

Taking a glimpse at herself, Ruth commented: “Ah. That takes me back,” turning to Eamonn to say: “That’s when you met me darling.”

When it was Eamonn’s turn to see his younger self, Ruth compliments her husband, admitting: “He was hot.

“Eamonn was so hot when he was young,” the host remarked, before adding the photo shown to the camera “nothing like him.”

Commenting on the photo, Eamonn said: “I was better looking than that, let me tell you.”

When it was Kem’s turn, the presenters had nothing to say as the Love Island star looked exactly the same. 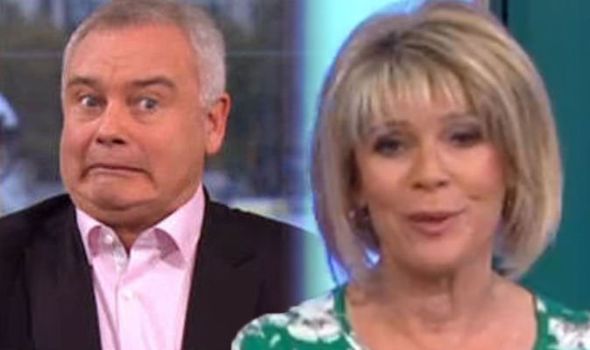 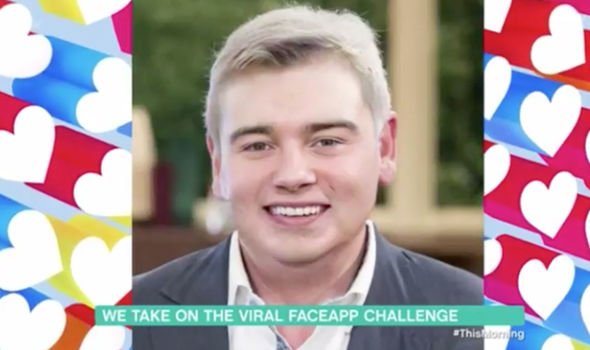 After seeing their young selves, the hosts were joined by Love Island star Amber Gill’s mother and best friend.

The guests discussed the 21-year-old’s heartbreak after being dumped by firefighter Michael Griffiths, 27, as last night’s instalment saw Amber left in tears as she confronted her former partner about his attitude towards her.

Michael apologised for being cold towards Amber after his current partner Joanna Chimonides, 24, was booted out the villa earlier this week.

“It was hard watching her crying,” Amber’s mother Vanessa Waugh told the presenters.

“It’s just difficult because I know she’s struggling with the whole situation.” 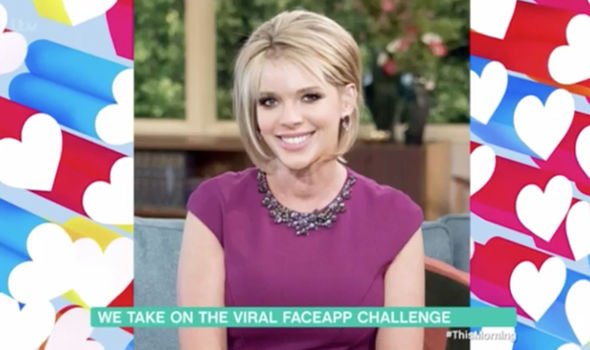 On yesterday’s show, Eamonn and Ruth were joined by The Lion King stars Seth Rogen, 37, and Billy Eichner, 40, after the film’s European premiere at the weekend.

In discussion about meeting Royal guests Prince Harry, 34, and his wife Meghan Markle, 37, Seth commented: “They’re the only people I’ve met that come with protocol.

Billy explained: “We were trying to gauge was how much other people were following the protocol and how strict it is.

“We we’re watching what our friend Keegan did and he did none of the protocol. It fell apart,” th actor quipped.

Asked by Eamonn what they were told to do when meeting the presenters, Billy joked: “They said to ignore everything.”

This Morning airs weekdays at 10.30am on ITV.