Lorraine, 59, sat down with Piers Morgan, 53, and quizzed the Life Stories host about his new dcoumentary, which sees him chat to Paris Bennett, who killed his four-year-old sister at the age of 13.

But Lorraine couldn’t let Piers go without quizzing him about his recent wedding anniversary.

It was then the Good Morning Britain presenter stunned the ITV host when he dropped a marriage secret.

Piers revealed Celia, 43, had forgotten when their wedding anniversary was for the past nine years.

I’m not in her air space at all

“It’s just like I’m not in her air space at all,” Piers remarked stunning host Lorraine.

“So, I just have a wife who never remembers my anniversary. So, I remembered, I gave her a card and all of that. “

Lorraine simply laughed: “Keep you on your toes those women.”

“They do,” Piers replied as Lorrained continued: “You know your place Piers Morgan.”

Piers and Celia celebrated their wedding anniversary on the 24th June this year, with Piers’ wife taking to Twitter to mark the occasion.

Captioning a picture of the pair on their wedding day, Celia posted on Monday: “Nine years ago today – he just reminded me #happyanniversary #sorryiforgotagain.” 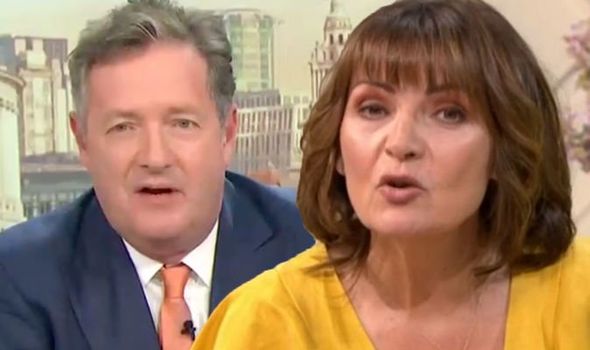 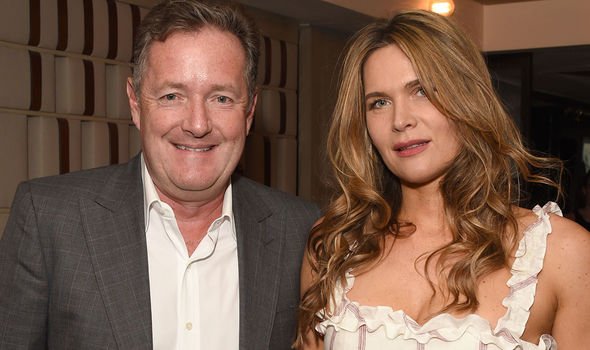 Going back to talk about his new documentary, Piers spilled: “I’ve sat with a lot of killers with the Killer Women series and Serial Killers and so on – very dangerous people.

“I’ve never felt quite as chilled in a bad way.”

Earlier this week, Lorraine was joined by former Love Island star Elma Pazar, 26, who was dumped from the ITV reality show last week.

Elma was one of the latecomers to the show, arriving in the villa alongside bombshell Maura Higgins, 28, with both contestants stirring the pot amongst the islanders.

Although Elma arrived later than the original 11 contestants, it appears she was meant to star a lot earlier than expected. 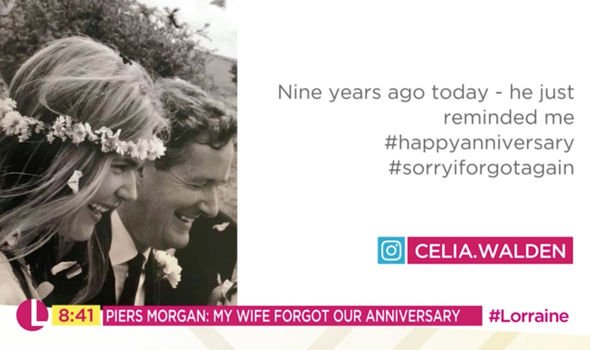 The dumped islander continued: “When you go in the first line-up you’re going to be in there for a while and there’s a big build up to it.

“People get to know you and there will be stories and stuff so I wasn’t sure if I was ready for it.

“I initially declined it but once the show came on, I was like, ‘I take that back. I want to do it’,” the reality show star explained.

Lorraine airs weekdays at 8.30am on ITV.