JORDAN Banjo is a true family man – and his new house reflects just that.

The Greatest Dancer presenter, 27, loves sharing pictures of his brood on social media, meaning fans have been given a sneak peek at his latest plush pad too. 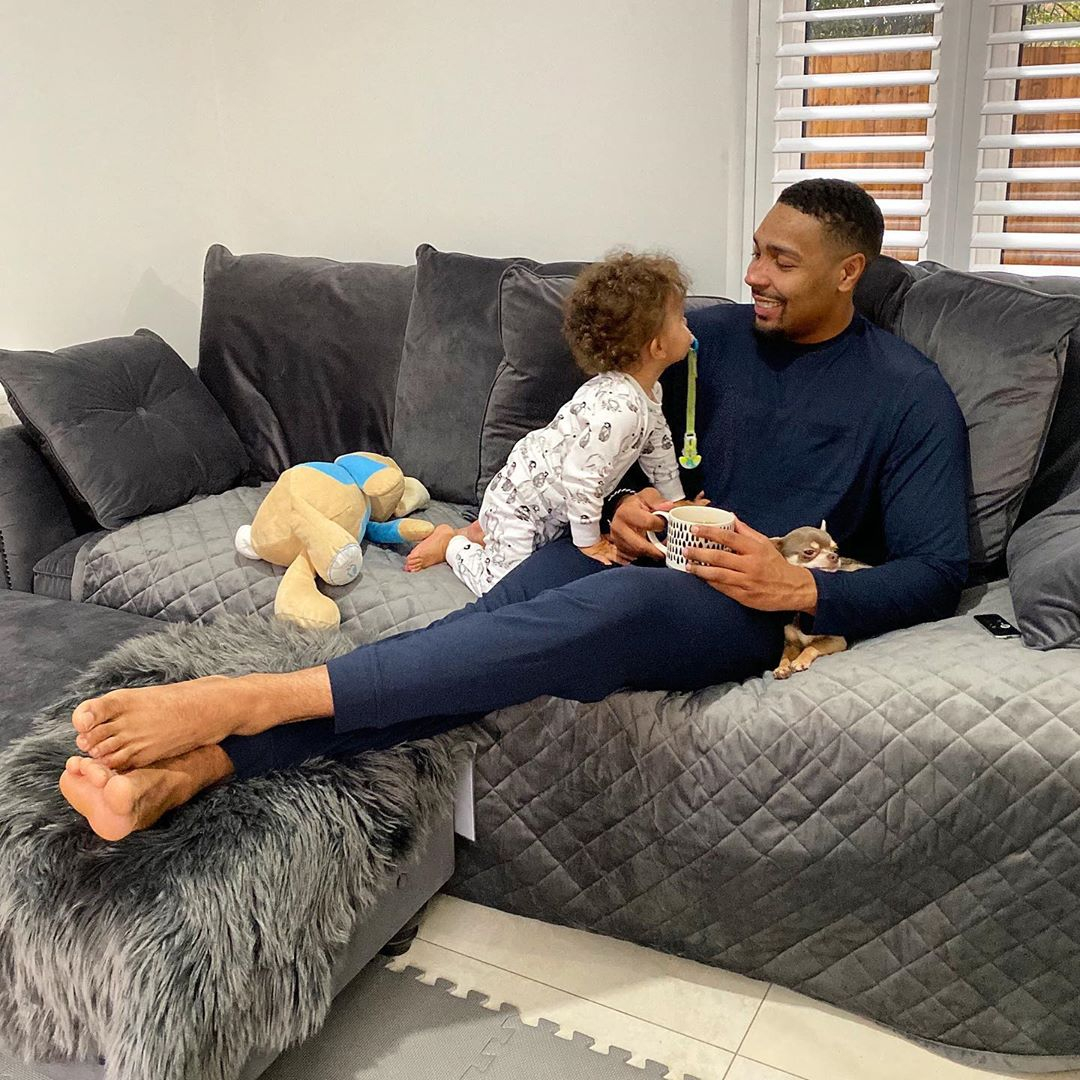 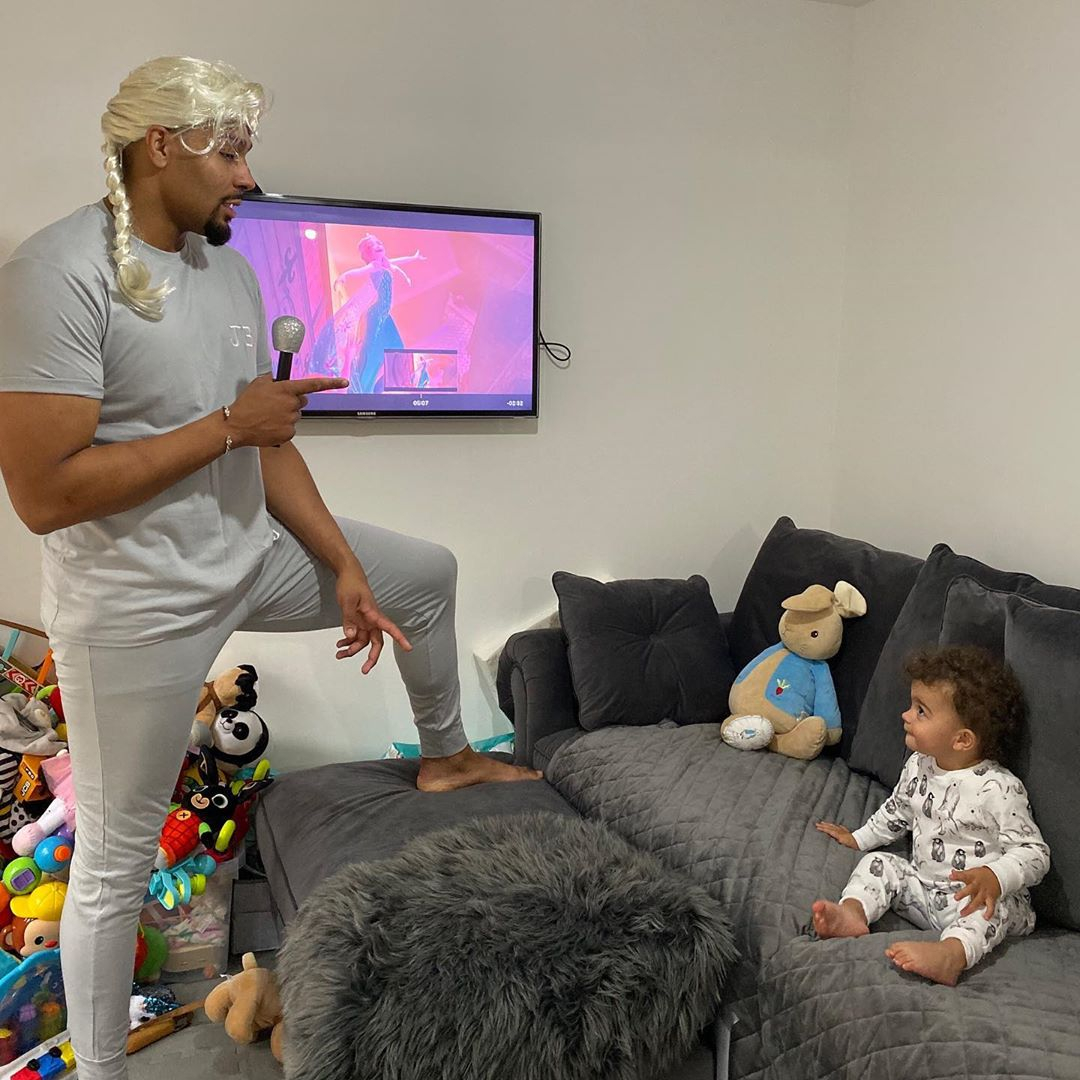 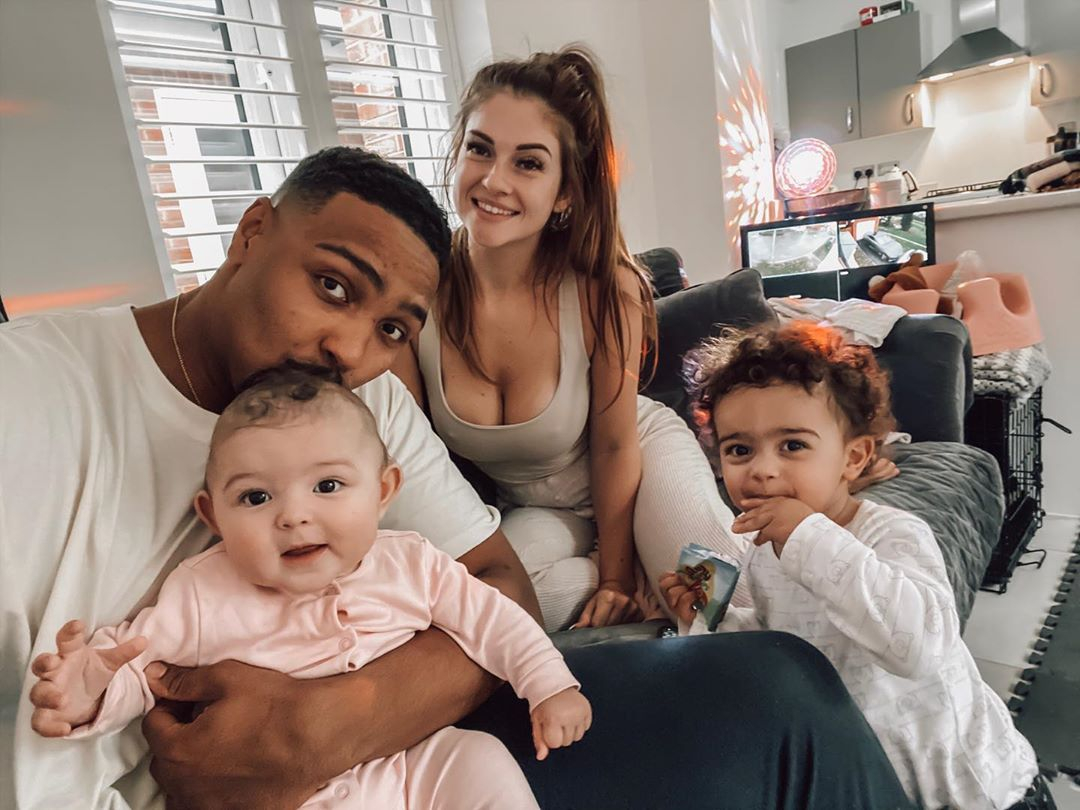 Jordan moved into his new house last year, having kissed goodbye to his former home – and beloved man cave.

But it seems he, fiancee Naomi Courts and their two children, Cassius and Mayowa (Mimi for short), have settled straight into their new surroundings.

Taking to Instagram, proud dad Jordan has shared some sweet snaps of his offspring as they relax in the house.

In one photo, one-year-old son Cassius can be seen alongside Jordan while enjoying a restful Sunday morning on a huge grey sofa in the family room. 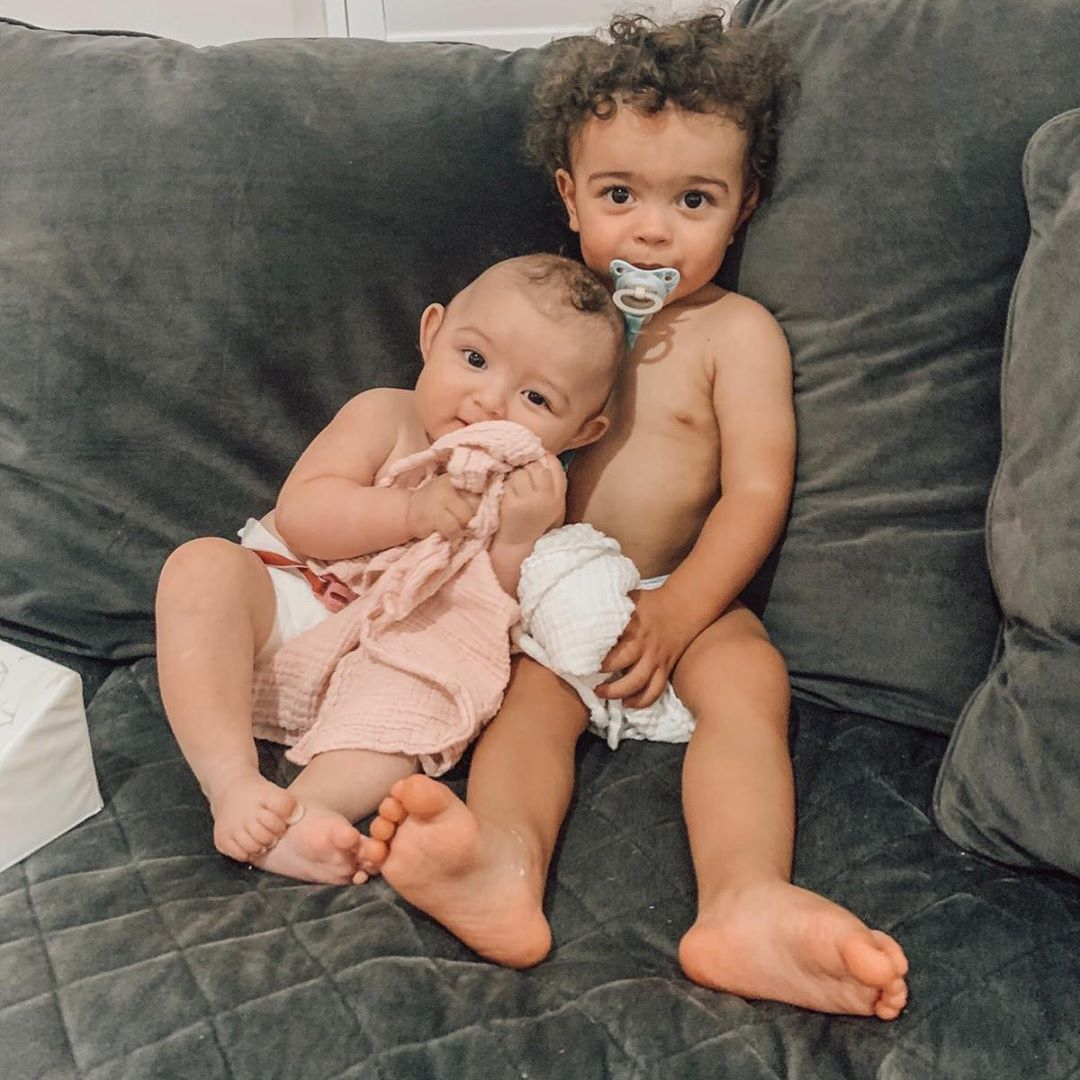 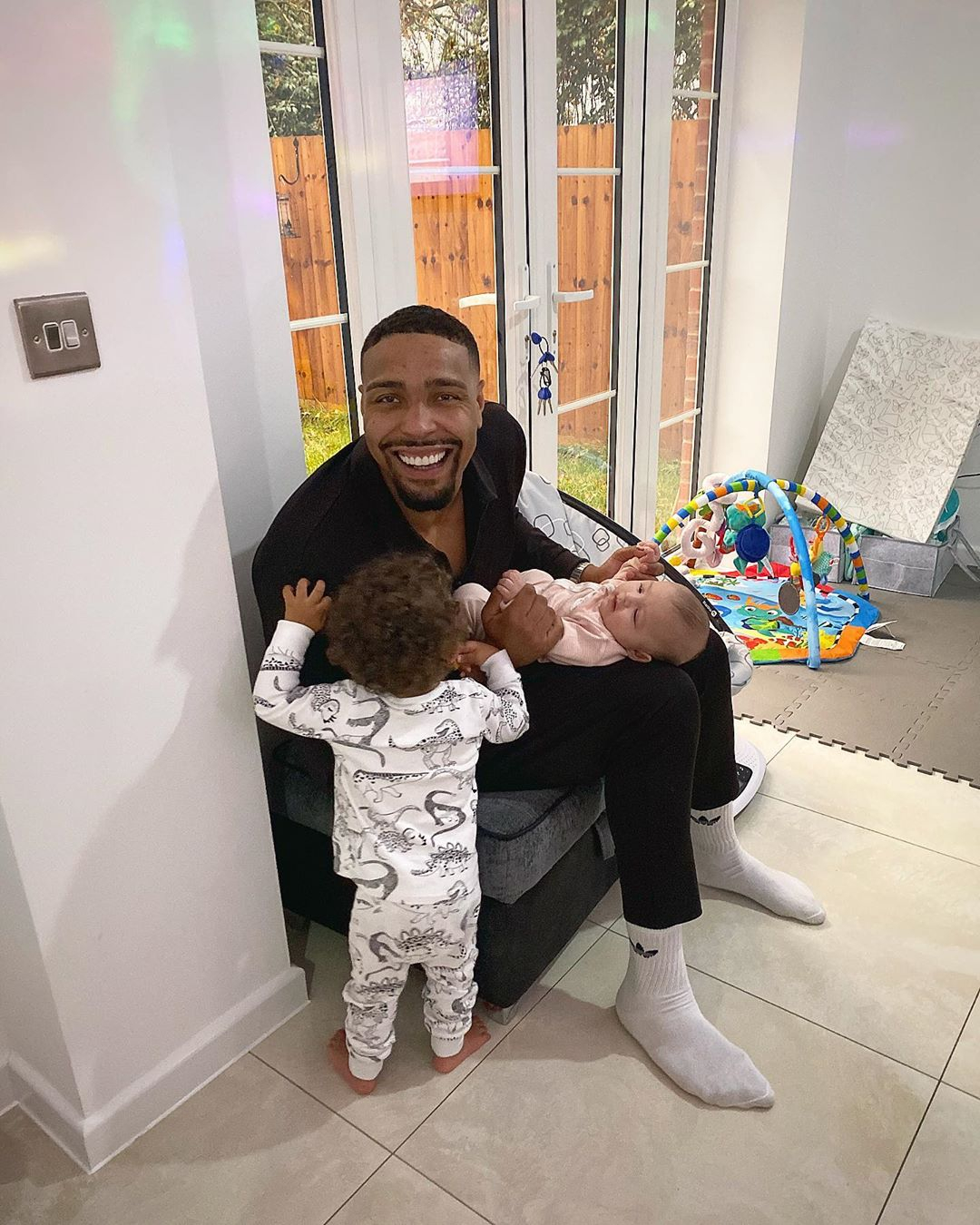 Cleverly, Diversity star Jordan and Naomi – who got engaged in January – have covered the sofa with a matching quilted throw, which is a wise move given they have small children!

With safety in mind, the couple have also placed foam tiles on the hard floor underneath the footstool.

Jordan and Naomi's family room, which is filled with toys and a TV on the wall, leads into the fancy kitchen.

In one photo of Jordan relaxing on the floor with his pet dog, the sticker on their brand new oven hasn't even been removed. 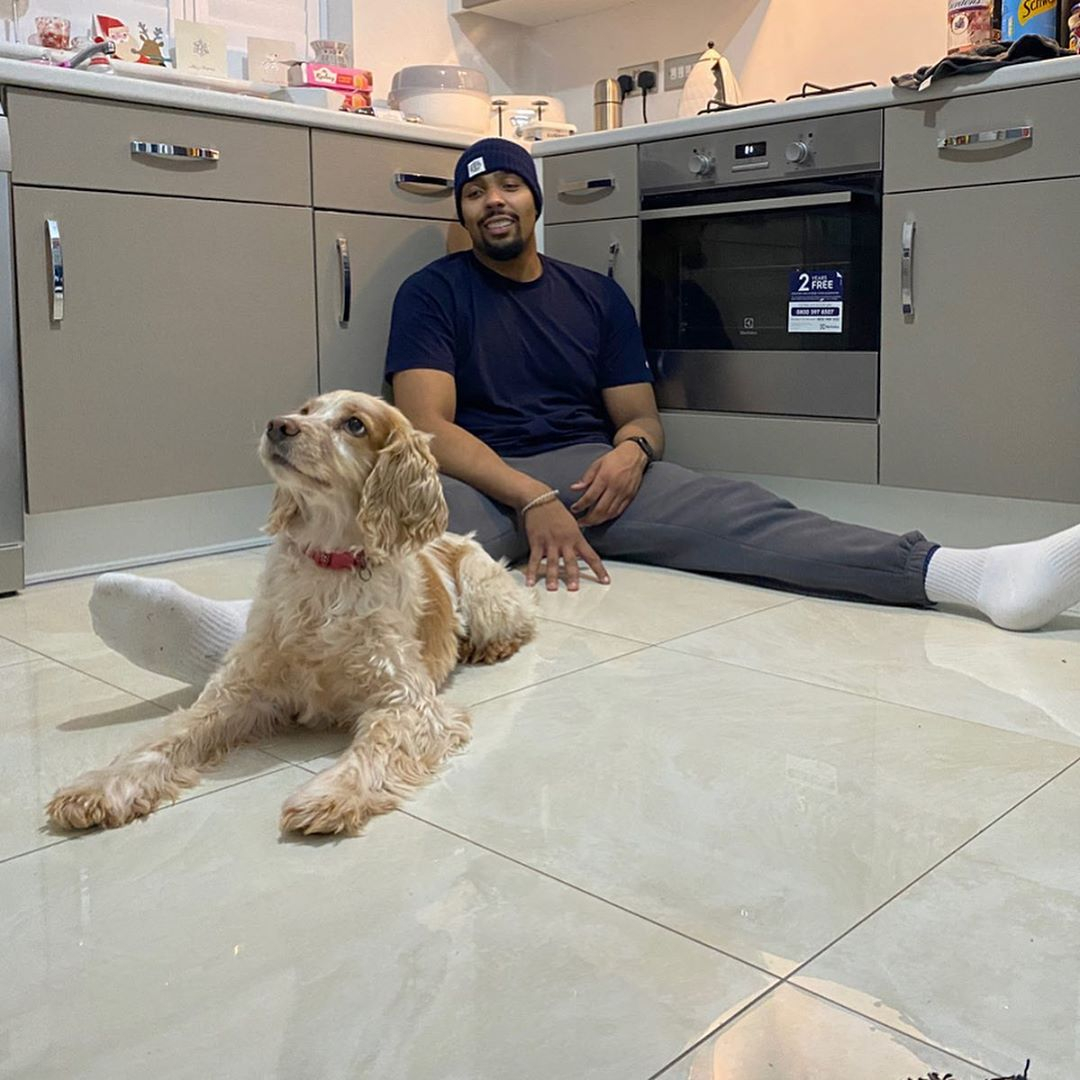 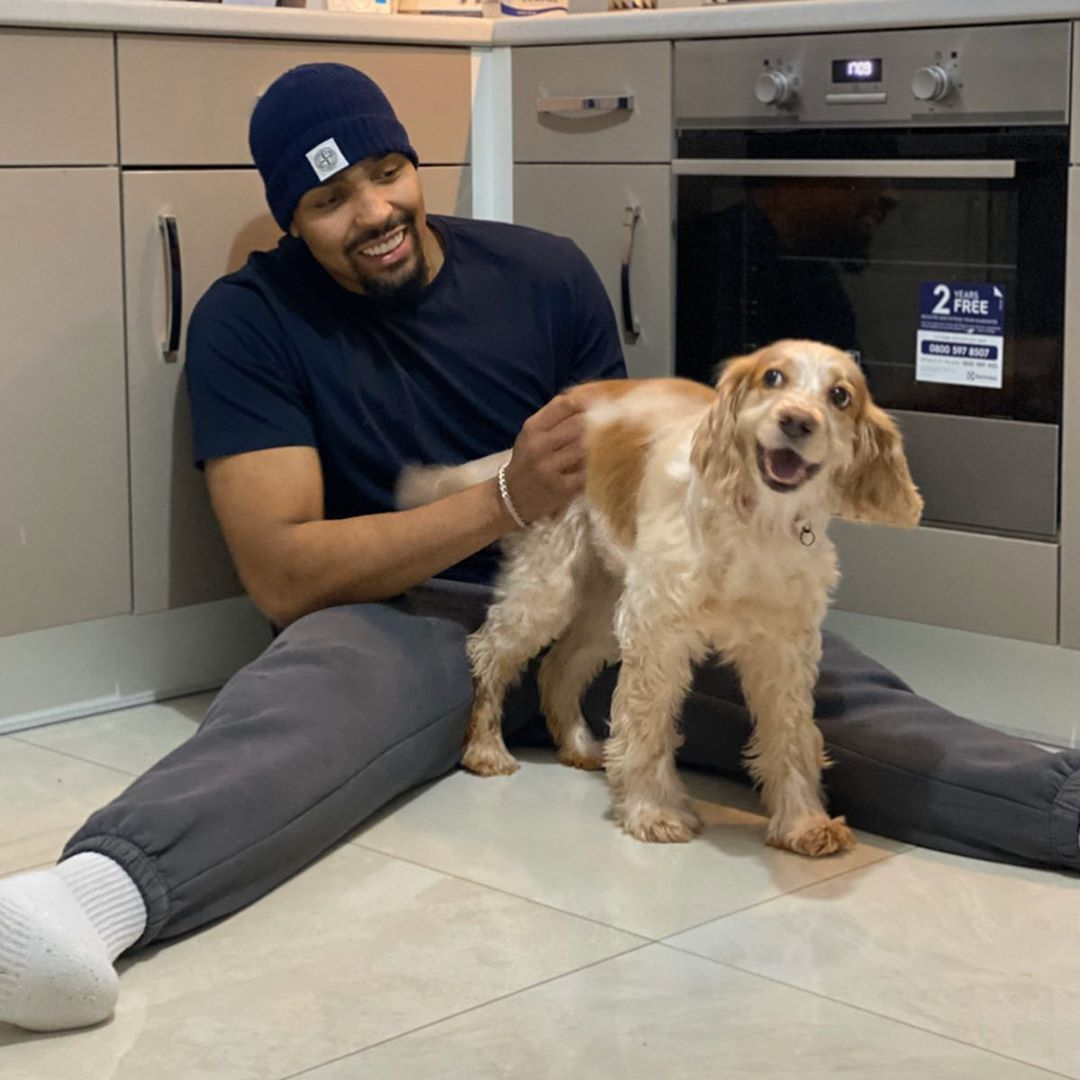 Elsewhere in the property, the family have a second, more formal, sofa in a separate lounge.

With plush cream carpet, the grown-up room features a set of French doors that lead out into the family-friendly garden.

At Christmas, the couple displayed their tall white Christmas tree in front of the doors.

The grandest addition to the Banjo/Courts household, however, appears to be a whopping marble dining table. 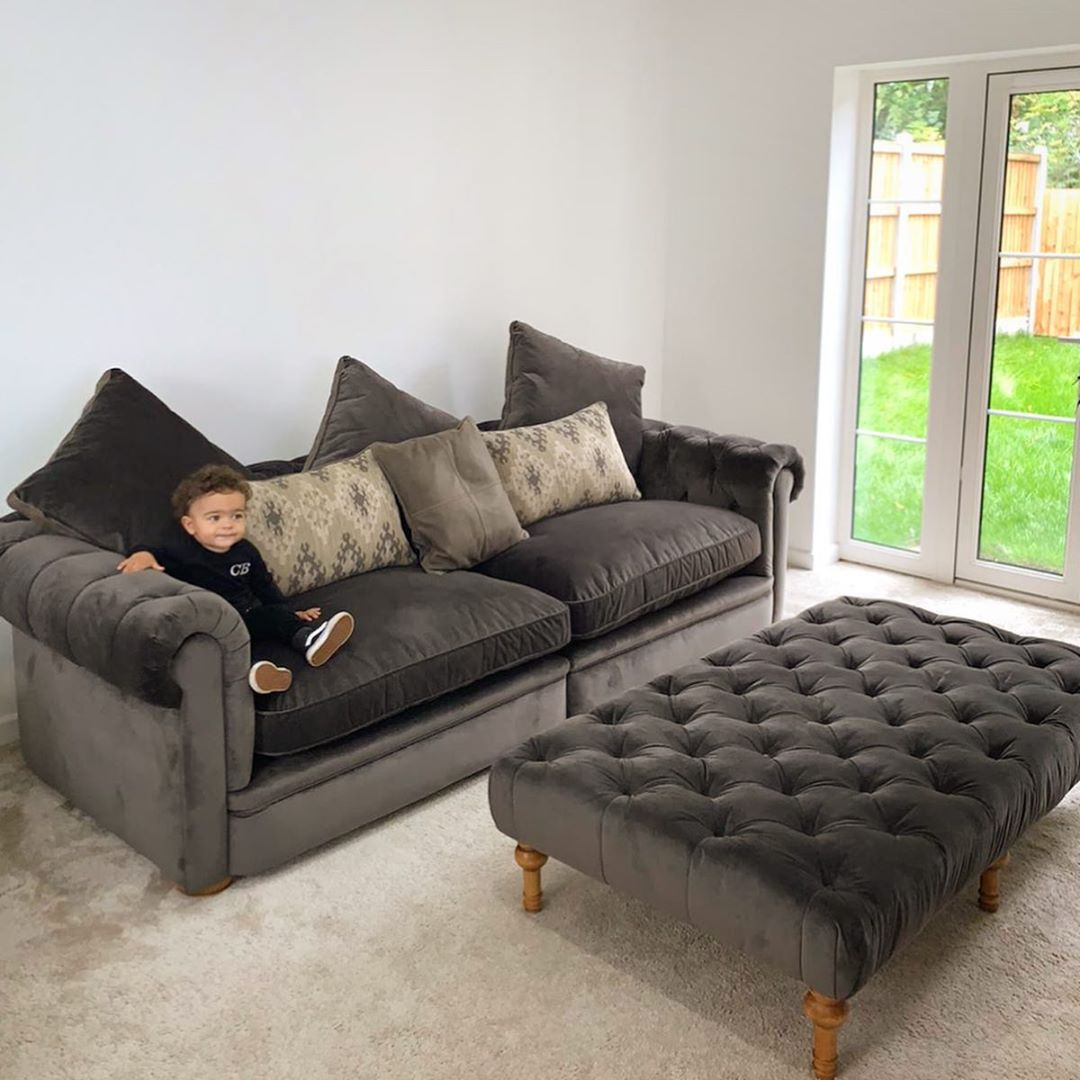 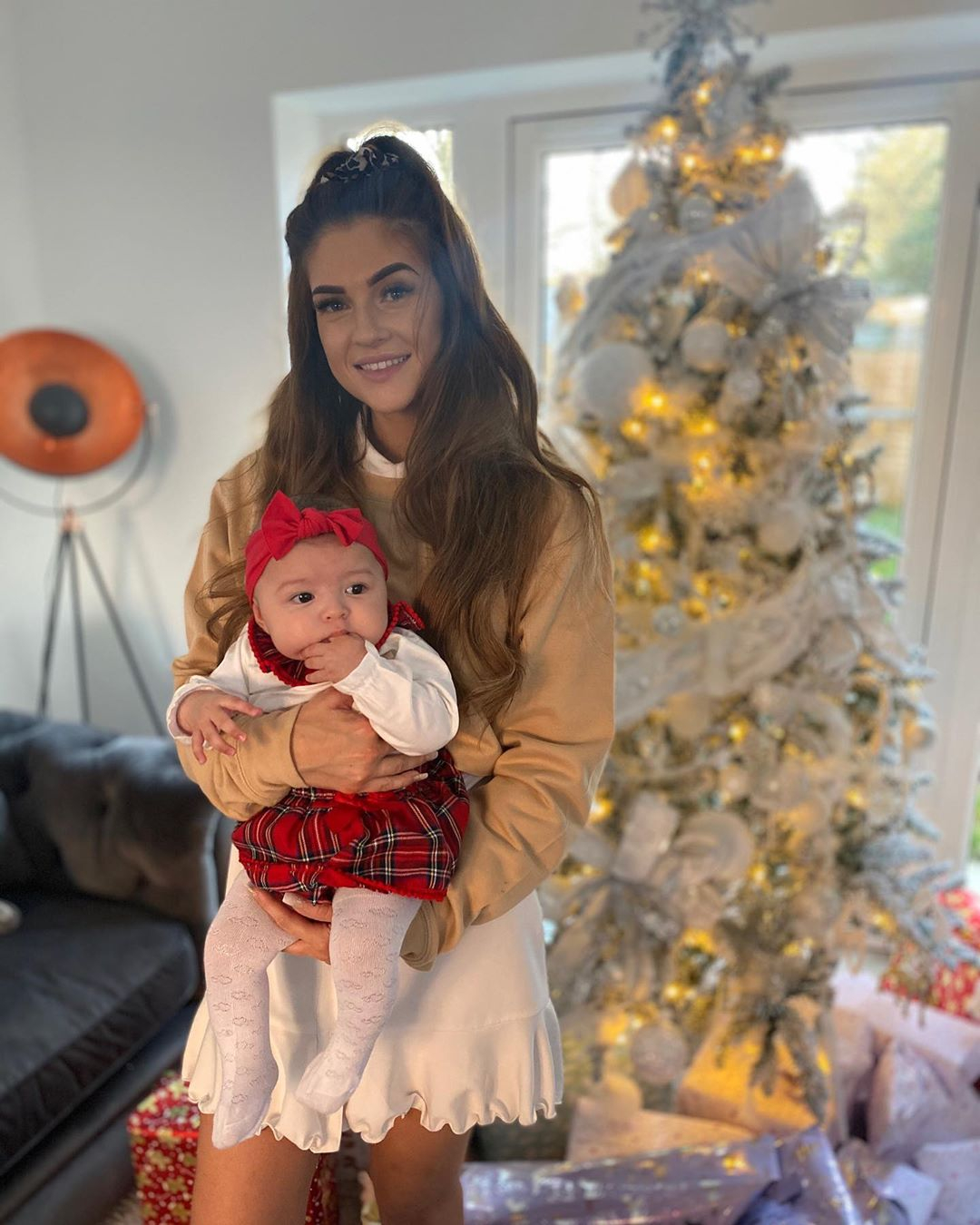 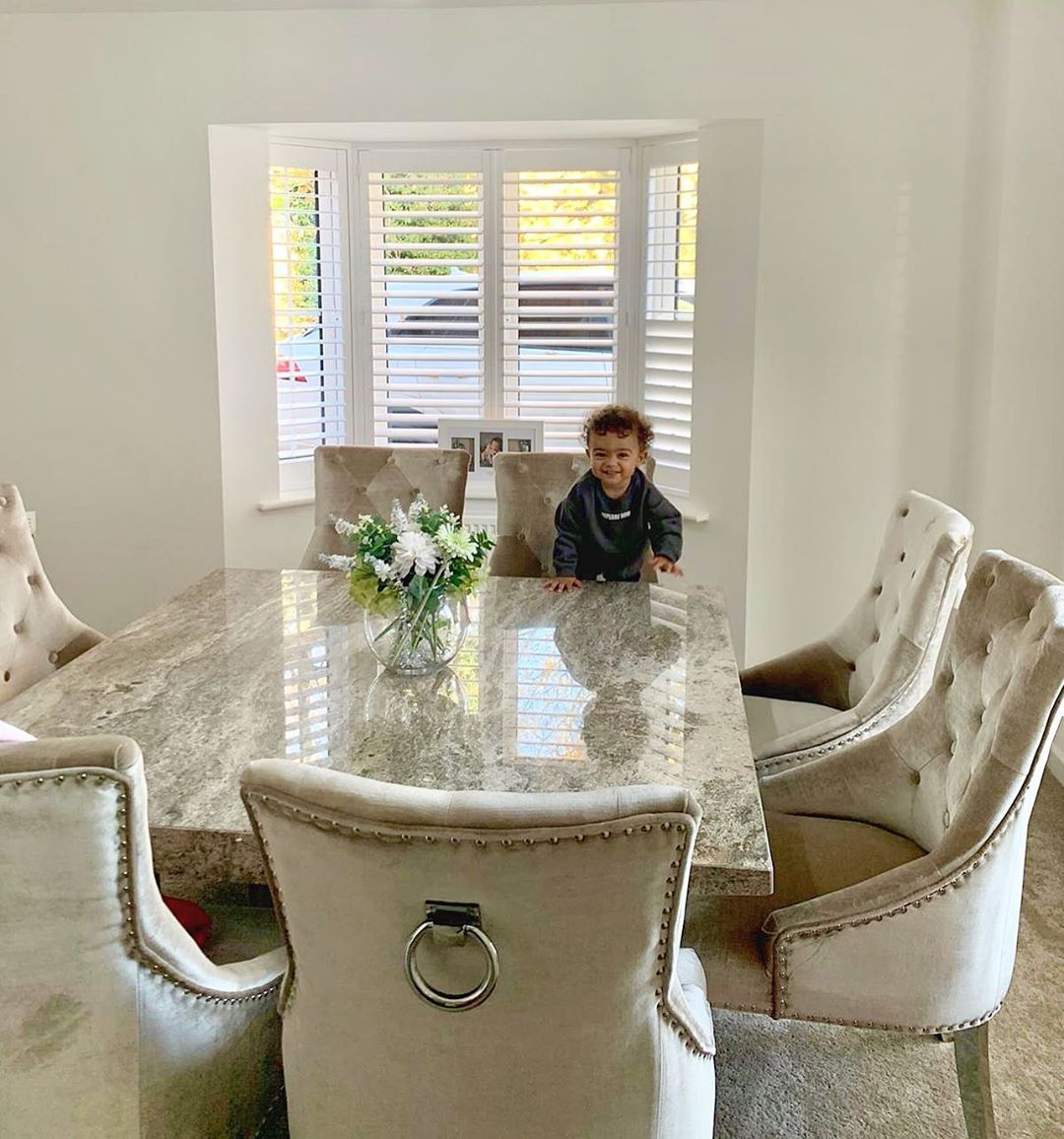 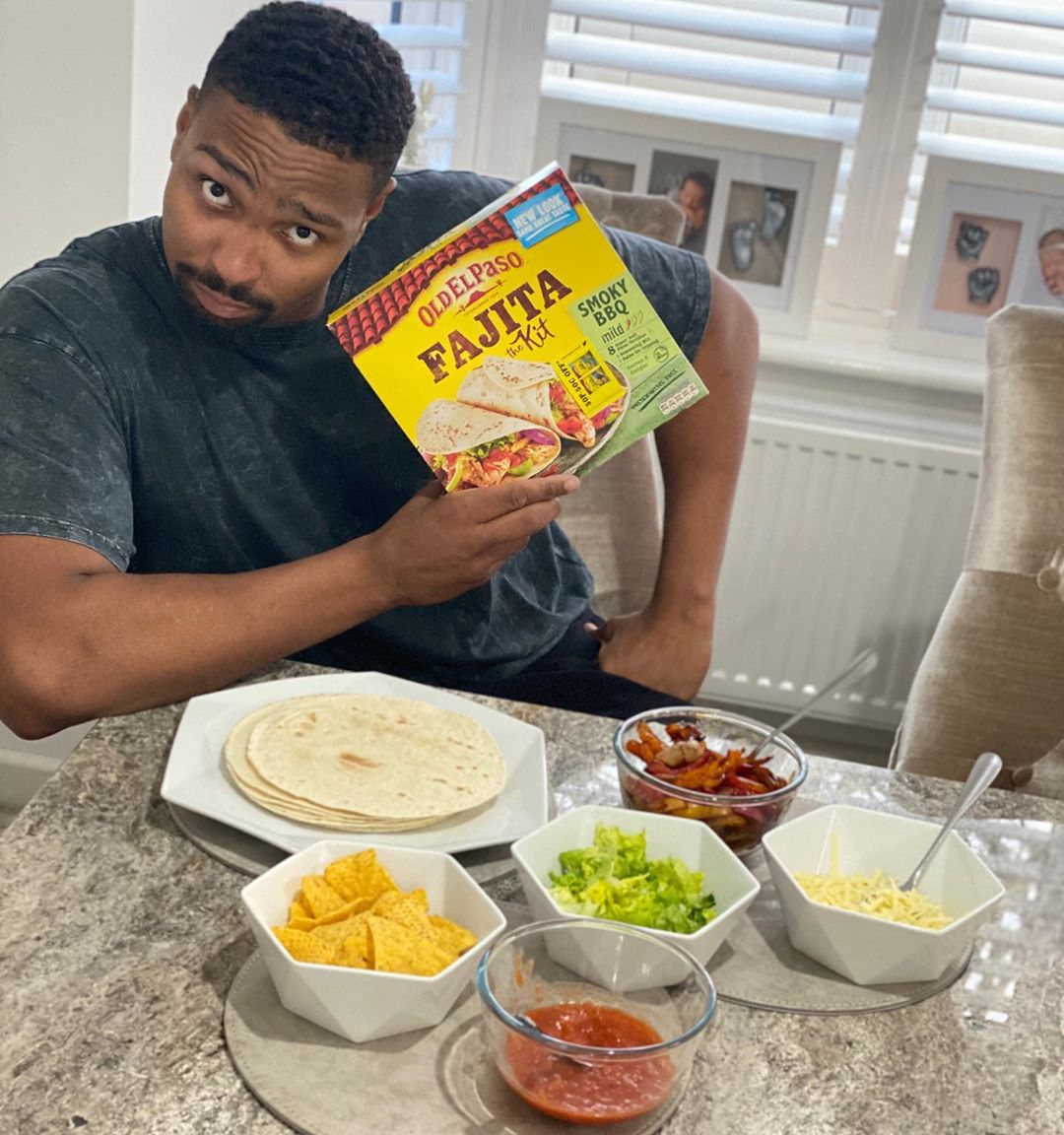 The huge piece of furniture is set in another grown-up room and seats eight, thanks to a collection of comfy-looking upholstered chairs.

Upstairs, the couple have chosen mirrored drawers and bedside tables in their adult haven. 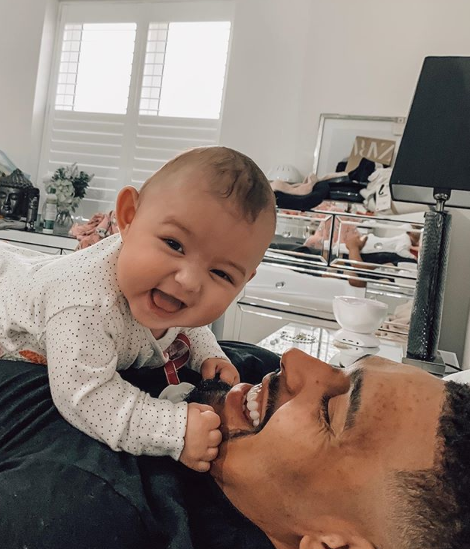 Alongside a gorgeous photo of himself relaxing with baby Mimi, seven months, on the giant bed, Jordan recently told his followers that he was off to watch his brother Ashley and pal Perri Keily on Dancing On Ice.