The show, usually held the Saturday before the Oscars, will now air in primetime weeknight slot on IFC 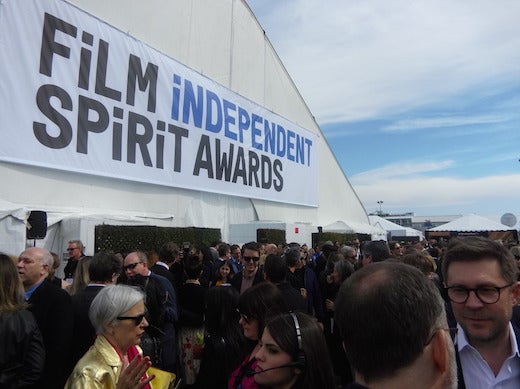 The Film Independent Spirit Awards are moving up on the release calendar for this year only and breaking tradition by not taking place the day before the Oscars, the nonprofit group Film Independent announced Thursday.

The 36th Annual Indie Spirits will now be held on Thursday, April 22 in a prime time weekend slot on IFC. They were meant to be held on Saturday, April 24, one day of the Oscars ceremony on Sunday the 25th. The show is always a looser experience held during the daytime in a massive tent adjacent to the Santa Monica Pier.

Further, nominations this year Independent Spirit Awards will be unveiled next week on January 26 by Laverne Cox, Barry Jenkins and Olivia Wilde, and the reveal will be streamed live on the Film Independent website and on its YouTube channel. No host has been announced for this year’s ceremony.

The live broadcast will also stream simultaneously on AMC+, and following the broadcast, the full awards show will be available on demand on AMC+ and IFC platforms beginning the next day.

“The Spirit Awards are a time for us to come together – filmmakers and film lovers alike – and celebrate the movies, shows and performances that have sustained us through these incredibly challenging times,” Film Independent president Josh Welsh said in a statement. “While 2020 left a lot to be desired, it was an amazing year for film and TV. Visual storytellers with powerful and unique voices brought us so much joy and light during these difficult months. We’re thrilled to share our nominations with the world, and I encourage everyone to join Film Independent and vote on the winners.”

“IFC is proud to continue its partnership with Film Independent by bringing the Spirit Awards and the films it champions to audiences across the country. The celebration of independent voices is more important today than ever before, and while we’ll miss the beach in Santa Monica, we still plan on making the Spirit Awards the most fun stop on the awards circuit,” Blake Callaway, executive director, IFC and SundanceTV, said in a statement.