Hollywood: The far-reaching #MeToo and Time's Up movements have hit the Walt Disney Company yet again, resulting in the reported deletion of a 20-year-old casting-couch scene in Toy Story 2.

The scene, which appears in a faux blooper reel at the end of the 1999 animated film, is no longer part of new home-entertainment releases, according to several reports. That likely means it also won't appear on the streaming version of the film when Disney launches Disney+ in November. 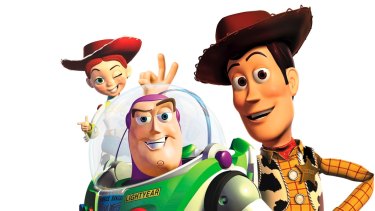 A scene from a fake blooper reel at the end of 1999 animated smash Toy Story 2 has been cut.

The deletion was first noted in online forums when Disney re-released the Toy Story trilogy on 4K, Blu-ray, DVD and digital HD formats ahead of Toy Story 4's theatrical release in June.

Representatives for Disney were not immediately available for comment on Wednesday (local time).

The outtake-style clip features Tom Hanks' Woody interrupting a surreptitious meeting between the collectible Prospector toy, Stinky Pete, and twin Barbie dolls inside a toy box. Pete, a villain in the film, ogles, strokes and suggestively talks to the dolls and implies that he can get them parts in Toy Story 3.

The so-called casting couch, when bosses exploit their power over fledgling actresses and actors, has essentially become a microcosm of the power imbalance in Hollywood and beyond. It looks like Disney recognised that its mere suggestion no longer has a place in its family-friendly films.

The move is the latest in Disney's recent history of course-correcting, which includes updates to its Pirates of the Caribbean ride at its theme parks and other tweaks. The studio has also become more self-aware and self-referential, updating stereotypical narratives for its iconic princesses in films such as Moana, Ralph Breaks the Internet and the live-action Beauty and the Beast and Aladdin remakes.

The monolithic Walt Disney Company faced its own Time's Up reckoning last summer when it ended its relationship with Pixar Animation co-founder John Lasseter, who was accused of misconduct.

Lasseter, who co-directed Toy Story 2 incidentally, later joined the animation division of Skydance Media, but was publicly shamed during the comeback, particularly in an open letter from actress Emma Thompson, who refused to work with him.