Branson will be joining Virgin Galactic’s test flight on Sunday 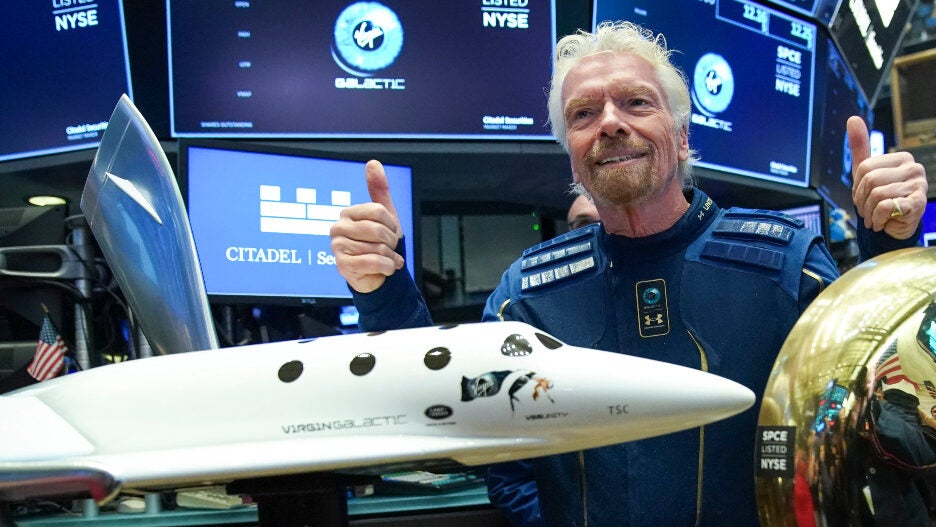 Richard Branson is quite literally shooting for the stars with his latest venture. On Sunday morning, the Virgin Group mogul is set to become the first billionaire to travel to space aboard a craft that he helped fund. And you can watch it all in real-time.

Branson will be joining the six-person crew manning Virgin Galactic’s VSS Unity Spaceship Two as a Mission Specialist in the hope of demonstrating the viability of the company’s plans for commercial space travel.

The spacecraft is scheduled to launch Sunday, July 11 from Virgin Galactic’s 27-square-mile Spaceport America facility near Truth or Consequences, New Mexico, at 6 a.m. PT. The flight, which is expected to last at least an hour, will be broadcast on ABC and CBS and live-streamed on the Virgin Galactic website.

“I truly believe that space belongs to all of us,” he said in a statement. “As part of a remarkable crew of mission specialists, I’m honoured to help validate the journey our future astronauts will undertake and ensure we deliver the unique customer experience people expect from Virgin.”

Granted that the launch is successful, Branson will beat fellow billionaire Amazon founder Jeff Bezos and his Blue Origin spaceflight company to space by just a few days. The Bezos launch is slated for July 20. Bezos’ team, however, says that its flight will reach the true edge of space, going up 62 miles to Branson’s planned 55 miles.

Both Branson and Bezos’ galactic dreams date back to the early 2000s, with Bezos founding Blue Origin in 2002, followed by Branson creating his Virgin Galactic in 2004.

Although Virgin Galactic has flown humans to the edge of space three times now, Sunday’s mission will mark the company’s first fully-crewed flight. There have been some asteroid-sized bumps in the road, however. In 2014, a Virgin Galactic test pilot was killed when a space tourism craft crashed in the Mojave Desert.

Stephen Colbert was tapped earlier this week to host the live stream after the “Late Show” host tweeted about Branson’s voyage.