JOSH Duggar, formerly a cast member of 19 Kids and Counting, was found guilty of child pornography charges on December 9, 2021.

The father-of-seven was immediately taken into custody upon his guilty verdict. 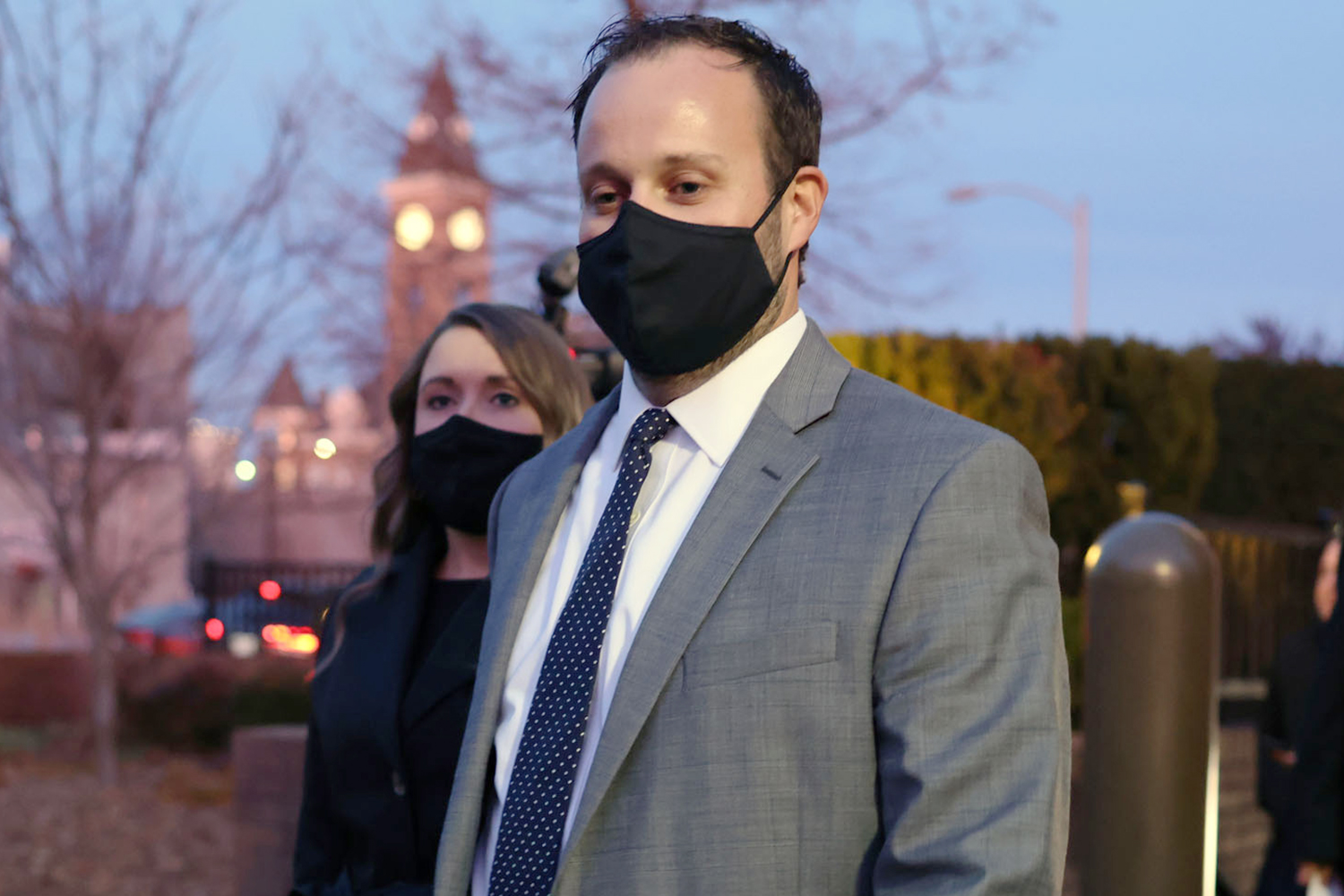 How long will Josh Duggar go to prison?

A judge announced at his trial that Josh is set to be sentenced for his crimes in "four months" time.

He was charged earlier this year with two counts of downloading and possessing child pornography.

Rapper Plan B is unrecognisable 11 years after smash hit album

Josh, who pleaded not guilty, was accused of possessing sick images of CSAM that were "the worst of the worst" that authorities had ever seen.

For his crimes, Josh faces up to 20 years in prison as well as up to $250K in fines for each count.

Josh's lawyers announced at his trial that they plan to appeal his case.

"We respect the jury's verdict and we look forward to continuing this fight on appeal," one of his attorneys said outside the courthouse on Thursday.

"We plan to appeal at the appropriate time."

What was Josh Duggar's wife Anna Duggar's reaction to his verdict?

Josh Duggar was "teary-eyed but not crying" when the verdict was given, according to the Sun reporter, who noted he was "solemn."

Duggar told his wife, Anna Duggar, 33, that he loved her on the way out, although she seemed "stoic" according to the Sun reporter.

Anna Duggar, formerly Keller, appeared on 19 Kids And Counting, which ran for seven years from 2008 to 2015 before it was canceled.

The show was one of TLC’s most popular, averaging 2.3million viewers per new episode in season 10.

Josh and Anna married on September 26, 2008, after meeting at a homeschooling convention in 2006.

Their courtship rules included no physical contact until engagement and no time alone as a couple until marriage, as discussed on the 19 Kids And Counting episode “Duggar Dating Rules”.

What has Josh Duggar’s family said about his trial?

Jill, 30, and her husband Derick, 32, exclusively told The Sun at the time they "hope justice is done" after Josh was arrested on two counts of child pornography.

Derick added: "Obviously if there is anything there related to child pornography, we hope that justice is done.

"We’re sad for Anna, put yourself in her situation and imagine how you would feel if that happened with your family member.

"I imagine it would be really hard."

Aside from the current charges he was found guilty of, it was revealed several years ago that Duggar had been accused of molesting multiple underage girls, including four of his sisters when he was 14 and 15.