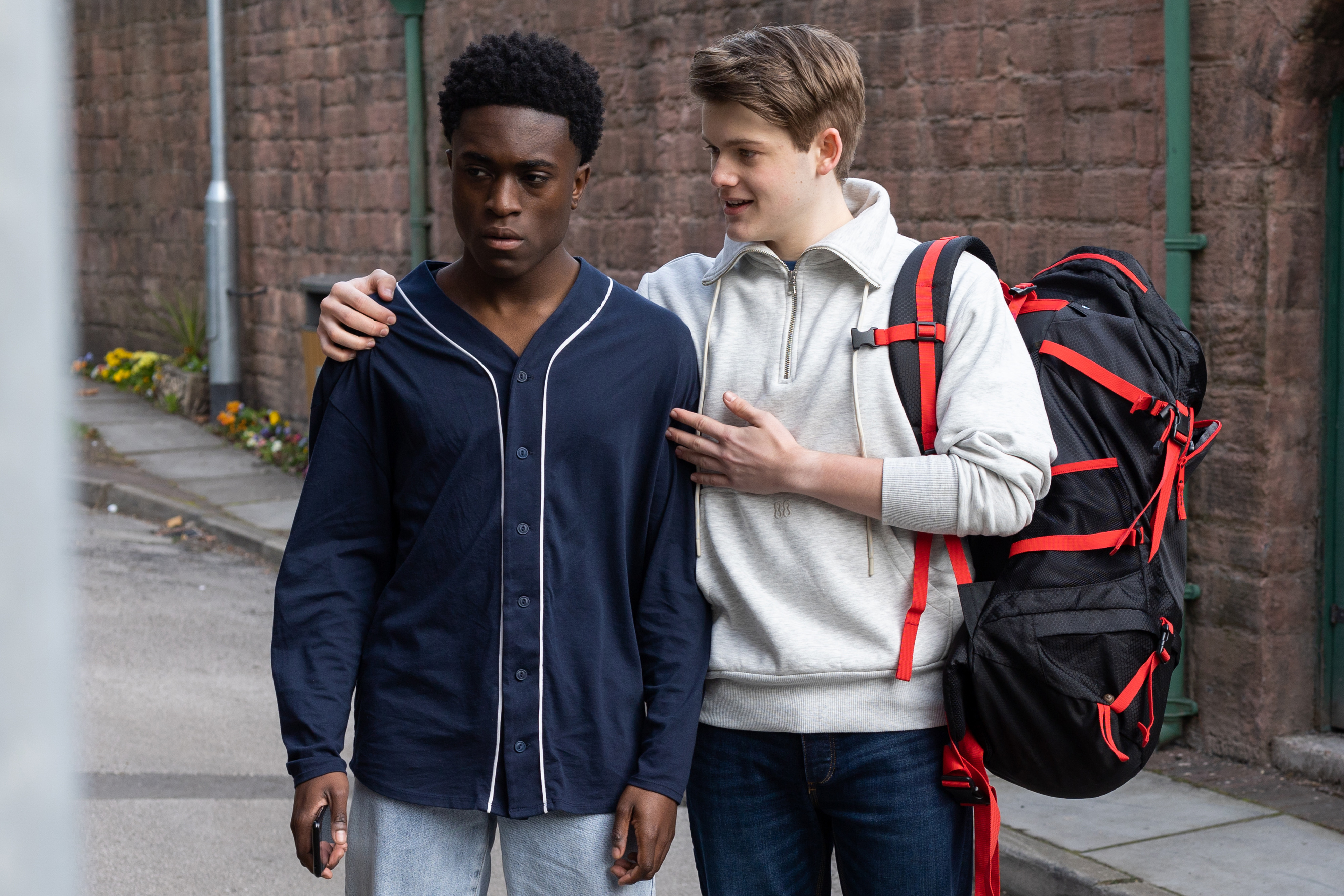 DeMarcus, as viewers know, was brutally attacked by Joseph upon his arrival last month.

Having endured weeks worth of bullying at the newcomer’s hands, DeMarcus takes matters into his own hands by purchasing a knife.

Scenes, which have yet to air, in the show’s Summer Trailer see Charlie Dean (Charlie Behan) informing policeman Saul Reeves (Chris Charles) that DeMarcus is carrying a knife.

A special week of episodes, which commence from Friday July 15, will explore the impact of this decision on both DeMarcus and his family, with a specific focus on the relationship between he and dad Felix (Richard Blackwood).

‘This point in the story is the first time we’ve really seen DeMarcus challenged to the point where he’s felt like he’s had to acquire a knife just to protect himself,’ actor Tomi Ade told Alt Africa.

‘And I think what’s important is how he deals with being a young Black boy in a village where there is hardly anyone, if anyone, who looks like him, especially his age.

Discussing the importance of Hollyoaks tackling this storyline, Tomi added: ‘I feel like it is exposure. It is being able to see these stories play out right in front of you, because there are lot of people who don’t live on the block.

‘There are a lot of people who live very, very far away from things that are happening.

‘So they can’t see it with their own eyes, but watching a show like Hollyoaks, where it’s visual, where they can see people like me in these sort of scenarios, they can then begin to empathise.

‘They can then begin to understand.’

Hollyoaks airs weeknights at 7pm on E4, or stream first look episodes daily from midnight on All4.