HIS Dark Materials aired one of its most brutal episodes to date last night as The Magisterium waged war on the witches. 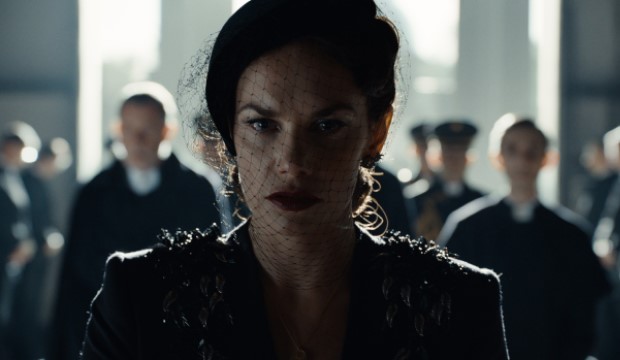 The witches had sent a diplomat to try and make peace with The Magisterium, but the gesture ultimately fell on deaf ears.

During his call for "mutual tolerance," Dr Martin Lanselius explained how the witches are able to part with their daemons across large distances.

He was branded a heretic and imprisoned for his words, but fans noticed something strange while he was speaking.

Mrs Coulter (Ruth Wilson) began trembling and her eyes wellled up as Lanselius revealed that witched went to another realm without their daemon to stretch their connection – an altogether gruelling process. 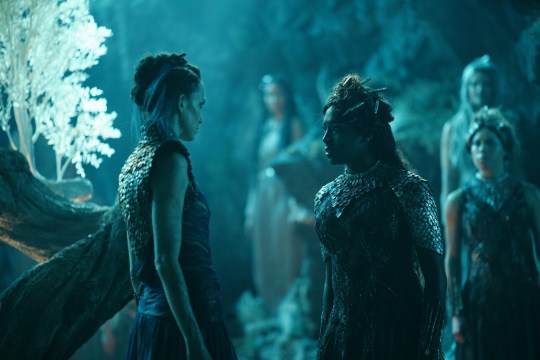 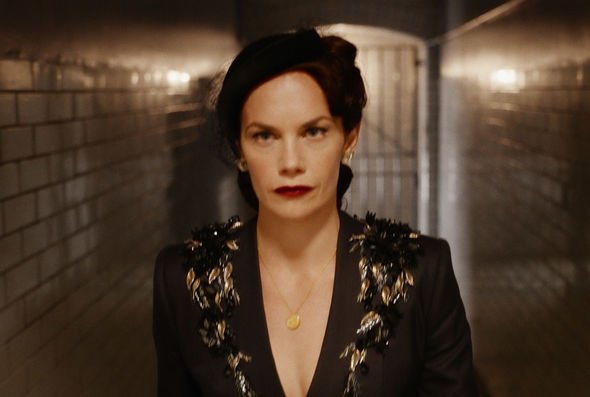 This could have been dismissed as uncharacteristic sympathy if not for the fact that we've previously seen Mrs Coulter's monkey seemingly travel significant distances without her.

Viewers began to speculate that Mrs Coulter was in fact a witch herself, or at least was subjected to the same ritual.

They took to Twitter with their theories, also pointing out the striking similarities between Mrs Coulter's black outfit and the gown worn by the witches.

"Mrs C looking all suspicious when Dr Lanselius is talking about dæmon separation," one user wrote.

"Mrs Coulter shuddered while Dr Lanselius talked about the ritual witches undertake to be able to separate from their dæmons. Did we just get a backstory reveal that was never explained in the books?!?" a second wrote.

"Okay I have a theory- I swear Lyra’s mum is a witch as she had that weird power thing whilst torturing that other witch. They also talked about the daemon separation ritual which Lyra's mother also has (as her daemon can go far away from her)," a third chimed in.

While a fourth wrote: "I think Mrs Coulter looks so unnerved in this scene on 2 levels: first that she feels guilt for abandoning her child but ALSO because she was re-feeling the pain of daemon separation, as I think she separated from her daemon the same way as the witches."

Murmurs that Mrs Coulter could be a witch kicked off in His Dark Materials' first series, after Lrya (Dafne Keen) learned about the relationship between witches and their daemons. 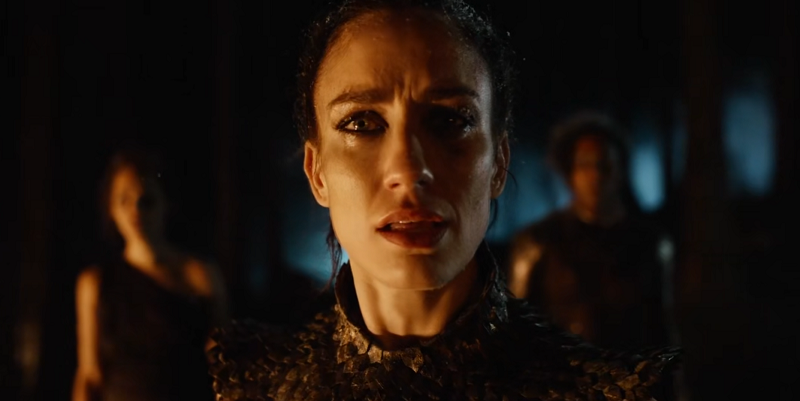 The latest theory comes after fans were left 'crying their eyes out' when Lyra and Will finally met last week.

Elsewhere, Game of Thrones fans were quick to point out that Angelica was being played by Bella Ramsey, who starred as the formidable Lady Mormont in the HBO epic.

His Dark Materials airs Sunday on BBC One at 8pm and is available to stream on iPlayer.