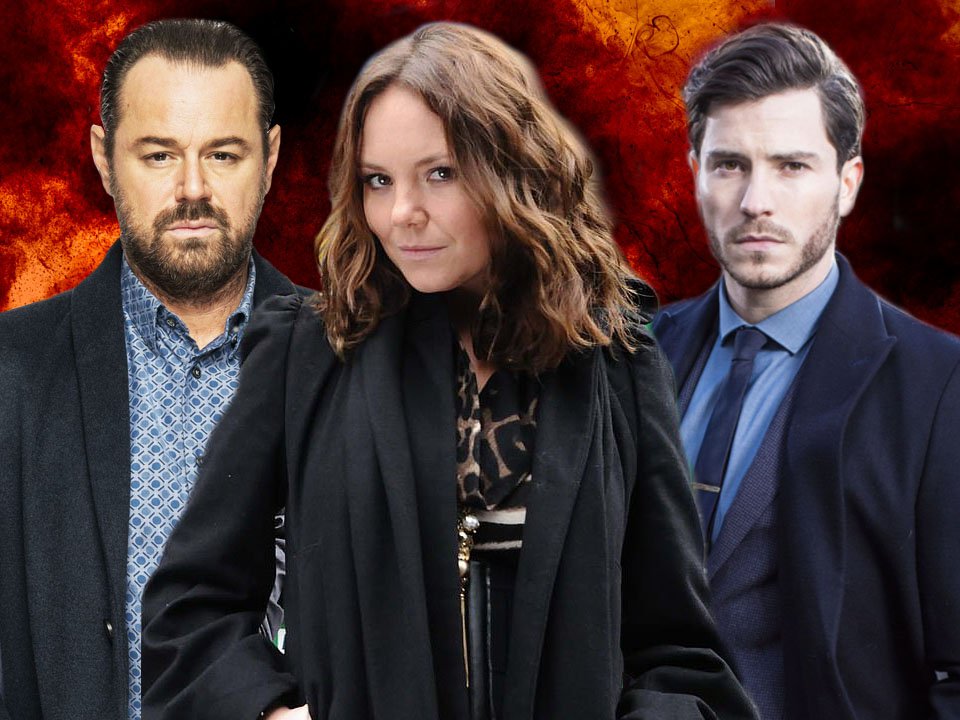 So, how are we all feeling about the big box-set soap experiment? Have you been happy hoovering up an entire week’s worth of episodes each Monday morning? Or do you miss the thrill of reacting to a killer cliffhanger at the same time as everyone else?

Personally, I can’t help but feel that soaps work best when they’re scheduled on linear TV. Waiting 24 hours for the resolution to a doof-doof is one reason why these shows are as popular as they are.

That gap gives us time to thrash out theories or debate morals and motivations. Any sense of anticipation is kind of ruined if it’s just a matter of cueing up the next episode.

But, then, I am old. Old enough to remember Corrie only being on twice a week. So, virtually prehistoric, in fact. And I realise that people are no longer used to playing the waiting game. Gratification can’t be delayed. It has to be instant. I get it.

But if bingeing on soaps becomes a permanent thing, then the only cliffhanger worth caring about will be the one that comes at the end of the week. The others will just blend into each other like a big amorphous soap opera mass – and I can’t help but feel that this is something of a shame.

So why has EastEnders decided to extend its box-set experiment until the end of the Tokyo Olympics? Well, scheduling these shorter 20- to 25-minute episodes has undeniably put a dent in the ratings, something which I suspect is partly down to EastEnders no longer starting either on the hour or half-hour.

So might some of those who go looking for EastEnders on BBC1 at its traditional 7.30pm start time be switching off because what they’re seeing is The One Show?

This might be the case, as we’re told that EastEnders is now getting 13.4 million views on the iPlayer. A sign that everyone is drifting online? Well bear in mind that this is a cumulative figure for a batch of episodes on the platform. It’s not the case that 13.4 million are watching each and every instalment.

Indeed, dig a bit deeper into the consolidated figures for the week of the 21-27 of June 2021 (and this includes those who watch within a seven-day period on catch-up or devices or pre-transmission) and you’ll find that there are no episodes of EastEnders in the top 15 most-watched programmes across all channels or even on BBC1 (at No 15 on BBC1 is the Thursday edition of the 10 O’Clock News with 3.6 million viewers).

Coronation Street, on the other hand, ranks at No 5 on the all-channels list (with 5.7 million) and Emmerdale at No 12 (with 4.8 million). Granted, this was a week where Euro 2020 coverage dominated, but you see my point, right? Streaming might not provide complete salvation for soaps looking to secure themselves a future.

What could end up being more important – for EastEnders, at least – is for viewers to know exactly where and when they can find it in what I’ll call the ‘proper’ TV schedule.

So once the summer of sport is over and the lifting of Covid restrictions allows EastEnders to revert to 30-minute episodes (should they choose to do so), then we may well see an uptick in viewing figures. Soaps are a hard habit to break and I’m hoping that any fans who’ve slipped away will be enticed back.

But what I also suspect is that pre-transmission box sets will also end up existing permanently alongside the scheduled broadcasts. The likes of EastEnders, Coronation Street and Emmerdale need to attract viewers both young and old. So, this is something of a brave new world and one that fogeys like me will just have to accept.

And who knows, there may well turn out to be an upside. Streaming giants like Netflix or Amazon could end up wanting a piece of the soap action. Perhaps they too will launch their own ready-to-stream continuing dramas at some point in the future? Now that really would be a doof-doof to remember for soap fans across the country.