The anonymous caller didn’t mince their words as they hit out at the BBC on the programme. The woman was heard saying: “For goodness sake, every time I put the telly on, there’s this rubbishy lot of stuff about Glastonbury. “It’s not news. You’ve got loads of programmes about it, it’s all through the news.”

The viewer continued: “It’s awful, we don’t want to know about it. Thank you so much.”

She finished off her call, saying simply: “Get it off!”

The phone call was shared on today’s (July 2) edition of Newswatch on BBC Breakfast with presenter Samira Ahmed explaining how both Glastonbury and Wimbledon had “resulted in some disruption” to the TV schedules and led to a break in normal programming. 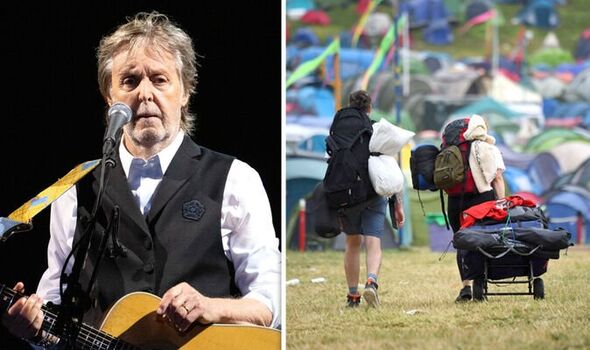 Ahmed explained: “Some doubted whether they deserved the slots they were given on news bulletins.”

The programme then played a recording from Terry Pearson, who addressed the BBC Director- General, saying: “CAN WE PLEASE HAVE OUR NEWS BACK MR DAVIE?

“With main British Wimbledon hopes, Murray and Raducanu out can you please now reduce time taken in bulletins to enable news coverage of important events?”

The host then added: “Meanwhile, it’s clear that this anonymous caller to our phone lines is not a Glastonbury fan”, before the Glastonbury call was aired.

This year’s BBC coverage of the annual festival at Worthy Farm and Wimbledon disrupt shows including EastEnders will be on other channels.

The BBC soap ended up on BBC Two while tennis took precedence on the broadcaster’s premium channel.

He shared titbits ahead of play at the tournament today as well as sharing a photo of a bust of legendary player Dorothy Round, who was revealed to be related to weatherman MAtt Taylor.

BBC Breakfast airs on BBC One daily from 6am