M People icon Heather Small has spoken out about colourism in the music industry, believing that she wouldn’t get a record contract together because she ‘fails the paper bag test’.

Discussion around darker-skinned representation has been rife over the past couple of weeks, with stars speaking out to reveal they had been passed over for lighter-skinned Black women.

This included a CITV presenter who revealed she was told that she ‘didn’t sell’, and outcry after mixed-race presenter Rochelle Humes was accused of replacing Candice Braithwaite in fronting a documentary about the risk of deaths during childbirth for Black women.

Unfortunately, Heather has revealed she’s been no exception to this rule, and revealed a previous ‘paper bag rule’ on the level of colour considered ‘acceptable’ on screen.

The Proud singer appeared on Steph’s Packed Lunch today to talk about her new charity single, United Together, and during the chat spoke about her experiences in the 90s music industry.

Joined by Steph McGovern and Oti Mabuse, the trio discussed her incredible career, causing Heather to state that she felt that these days she wouldn’t be able to get a contract because she’s a dark-skinned Black woman. 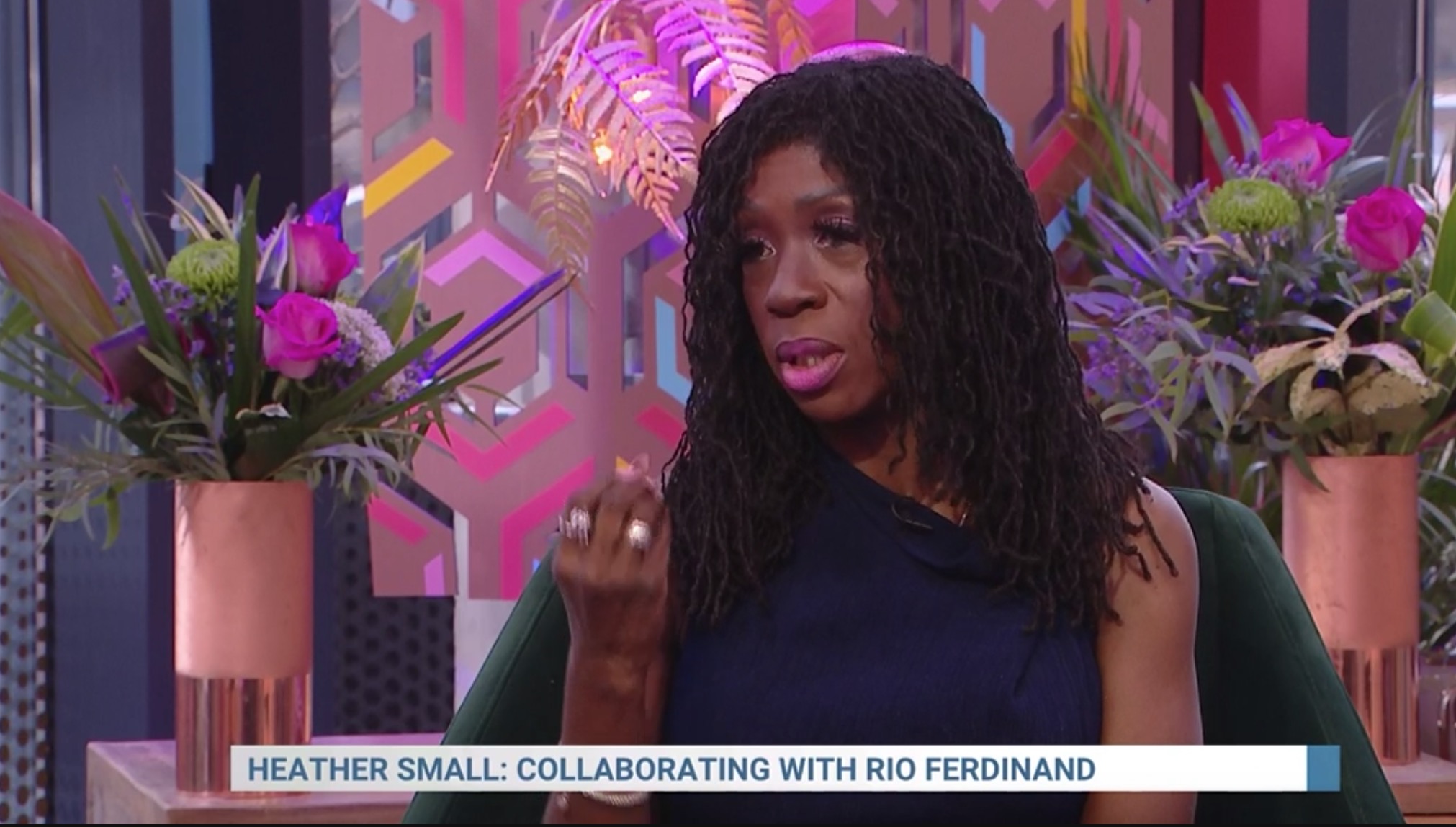 She then explained: ‘Back in the days, it was paper bag – and if you were darker than a paper bag, you weren’t coming in.

‘It’s really quite quite deep, and as you grow up, it is intrinsic to being of colour that I could go to another continent and there’s still colourism because the people that are in power are the lighter-skinned people.

‘The people who get on the TV are the lighter people. Does that happen? Of course it does. But do we fight it? Yes we do, but it’s going to be difficult for me as a very dark-skinned woman in any arena, not just in talking about our shades but as the black woman full stop, traversing this Earth.’

‘It is difficult for me, and now I think the difference is people are willing, not just to listen, but to take on board what I have to say,’ she continued. ‘I’m not lying, I’m telling you the truth – this is my truth.

‘So my day to day walking around the UK, it’s going to be different from your day to day. People that you find really sweet to you, will not have the same attitude towards me and it will be because of the colour of my skin.’

A horrified Steph told her that was ‘disgusting’ as both Oti and Heather assured it was all too common.

‘Yes it is disgusting but we live in it, and we have to change it, and that’s what I’m here to do,’ Heather said. ‘It has to change.

‘Right now, the Black Lives Matter movement, I think what that did really was galvanise our allies, and people are now listening. This is my truth.

‘This is my day to day and you know be visible. Are going to be my ally, are going to fight on my behalf? When I’m not in the room, are you going to speak for me?’