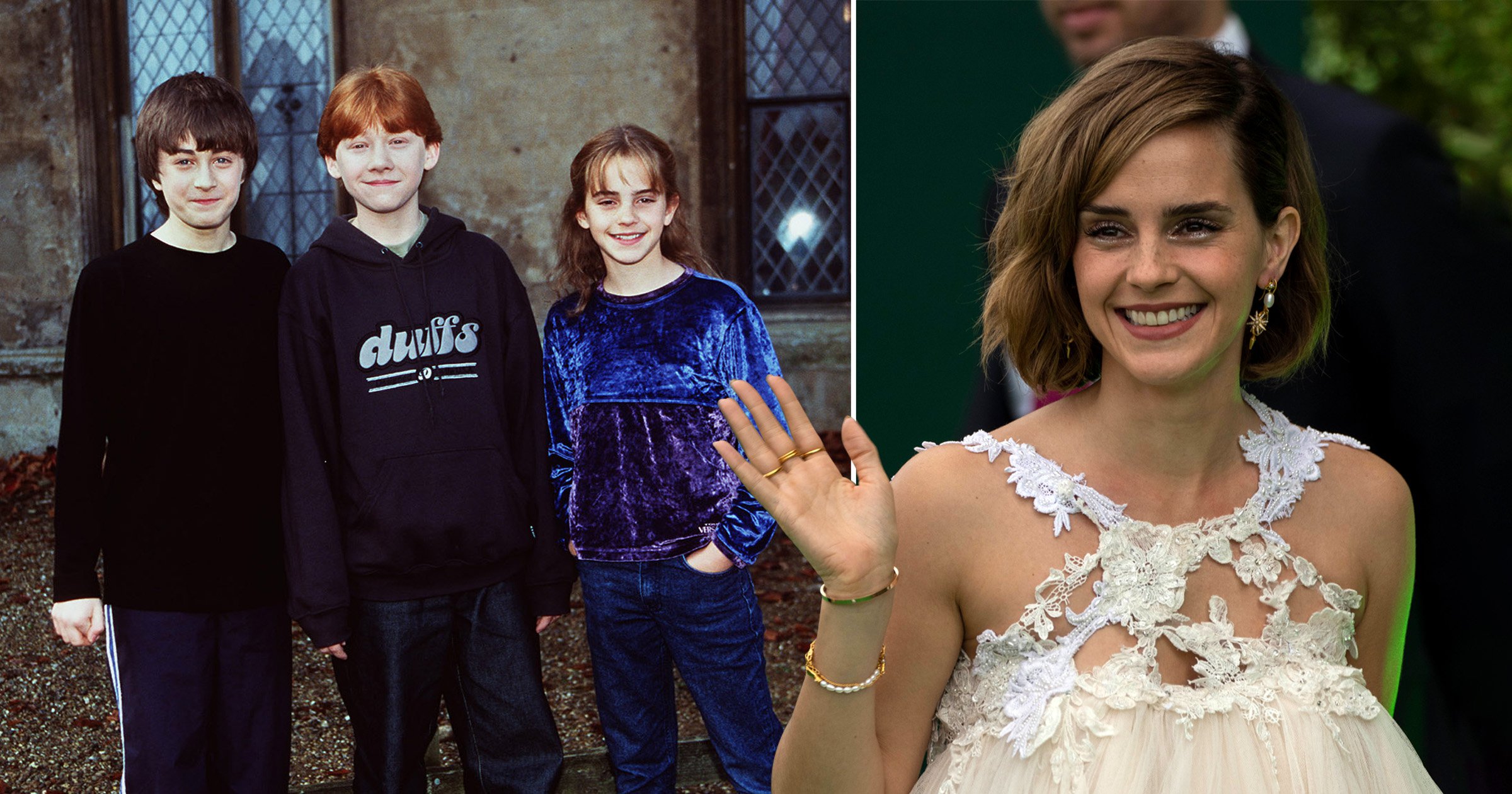 Harry Potter star Emma Watson has shared a sweet message for the 20th anniversary of Harry Potter and The Philosopher’s Stone and we’re not okay!

The Hermione Granger actress, who took on the role at the age of 11, shared an adorable photo of herself, Daniel Radcliffe (Harry Potter) and Rupert Grint (Ron Weasley) as teenagers on set.

Breaking hearts across the world, she wrote: ‘Harry Potter was my home, my family, my world and Hermione (still is) my favorite fictional character of all time. I think a journalist once said it was irritating how many times during an interview I mentioned how lucky I was and started counting… BUT I DAMN WELL KNEW!!! And still know.

‘I am proud not just of what we as group contributed as actors to the franchise but also as the children that became young adults that walked that path. I look at my fellow cast members now and I am just so proud of who everyone has become as people. I am proud we were kind to each other that we supported one another and that we held up something meaningful.’

Emma, now 31, added: ‘Thank you to the fans that have continued to show their support well after the last chapter closed. The magic of the world wouldn’t exist without you. Thank you for fighting to make it such an inclusive and loving place.

‘I still miss the crew who made these films all the time. Thank you for all of your hard work too – I know your contributions sometimes get overlooked.

Harry Potter and the Philosopher’s Stone, based on JK Rowling’s first book in the series, was released on November 16, 2001.

Two decades on, the ‘golden trio’ are set to reunite for an HBO Max special to celebrate 20 years since the first film was released.

Taking place at Warner Bros Studio Tour London, where fans of the books and movies are transported to a world of witchcraft and wizardry, the event will also include appearances from notable names including Helena Bonham Carter, Ralph Fiennes, Tom Felton, Bonnie Wright, Robbie Coltrane, Gary Oldman, Imelda Staunton and more.

In addition to hearing from people involved in the creation of movie magic on the acclaimed film franchise in in-depth interviews, the anniversary special will also feature never-seen-before clips.

Since the franchise, plenty of the cast have enjoyed long and varied careers, with Emma recently starring in Little Women and speaking out about causes she believes in, Daniel living his indie film dream, and Rupert even becoming a dad last year.