The popular Channel 4 baking show is into its second week and already contestants have caused a stir. In the first week of ‘Bake Off’, Sura accidentally knocked fellow competitor Dave’s pineapple upside-down cakes onto the floor. Yesterday viewers vented after Mak was eliminated instead of Rowan, whose show stopper was described as “tasting like rubber”. In addition to the TV show dramas, new presenter Matt Lucas was cast in place of Sandi Toksvig, who quit the show earlier this year. The host has divided public opinion so far. Some took offence to his impersonation of Prime Minister Boris Johnson’s “bumbling coronavirus briefing”, which received hundreds of Ofcom complaints.

Prior to landing the presenting job on ‘Bake Off’ alongside Noel Fielding, Lucas was best known for his comedic sketches with former ‘Britain’s Got Talent’ judge David Walliams.

They starred in the BBC hits ‘Little Britain’ and ‘Come Fly With Me’, both of which have attracted criticism in recent months over their portrayal of black characters.

He admitted there was “no bad intent” behind their gags and their only crime was “greed” – because they wanted “to show off what a diverse bunch of people we could play”.

The star believed his humour was nurtured from an early age, shortly after he developed alopecia at the age of six.

He told Big Issue magazine in 2017: “People asked me about it every day… I told people I’d had a car accident when I was four and the shock had made it fall out because that’s what I believed at the time.

“Then I developed a repertoire of jokes in response to being asked about it, feigning surprise at the information that I was bald.

“I had this wig I’d worn as a kid and I’d bring it into college for a laugh.”

The stigma attached to being hairless during his school years was also coupled with his fear about coming out as gay. 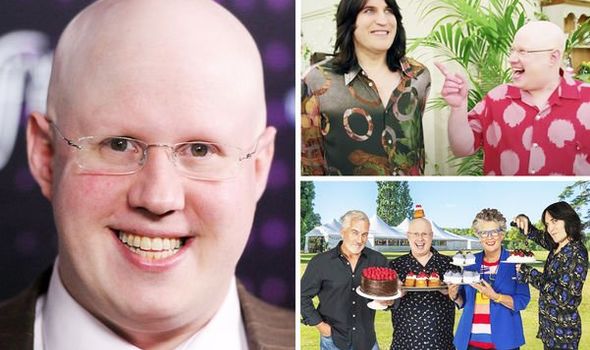 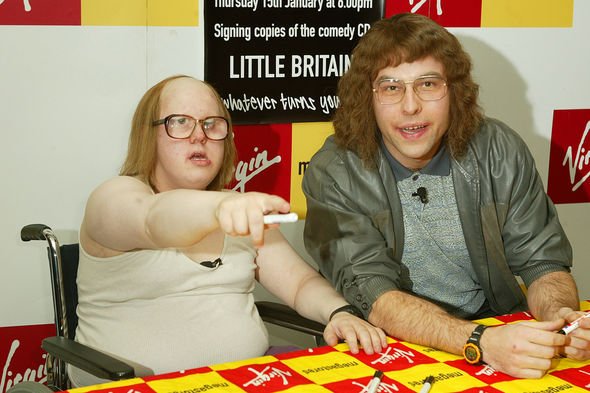 Lucas claimed his teenage self would be “very, very shocked” that he was “able to live a fulfilling and loving life a gay man”.

He was married TV producer Kevin McGee in a civil partnership in 2006 but had it dissolved two years later – and the following year his former partner died from suicide.

He added: “That was not something I thought was ever on the cards.

“The idea that my family and friends would accept me and then almost forget about my being gay, that would have been a huge relief.”

Despite his openness about his sexuality, the one person who he was never able to tell was his father.

Lucas said: “I found out, four years after he died, that my dad had told my aunt he’d worked out I was gay and said ‘He loved me and just wanted me to be happy’.

“I was happy to hear it but I wish he’d said it to me at the time. It would have saved me a lot of anxiety. 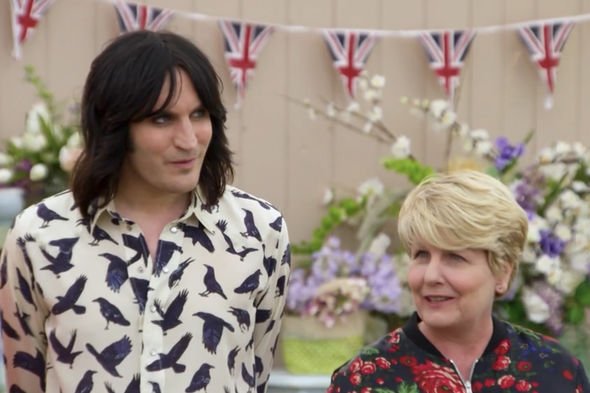 “But he was waiting for me to tell him and he probably thought we had plenty of time ahead of us.”

By the time his aunt told him about his father’s secret support of his sexuality, he had “come out to most people”.

Lucas said: “So I was beyond craving acceptance and I was moving on to the next phase of my life.

“It felt like that was the postscript to those years of worry, a final resolution.”

After Lucas was confirmed as the new host of ‘Bake Off’, he revealed that similarly to Noel Fielding he had an audition at a garden centre.

There he had to “interview people” to test how he got on with strangers of all ages.

In a bid to keep his audition secret, he had to tell inquisitive passersby that he was working on a “horticultural show”.

In April, Lucas told ‘Good Morning Britain’ that he was attracted to the role because of the ‘perks’ of the job.

He quipped: “Free cake are you kidding it’s a no brainer! They were talking to various people and apparently Noel had a dream that I was the co-presenter.”

‘The Great British Bake Off’ airs on Tuesdays at 8PM on Channel 4.