Celebrity Gogglebox’s Pride special aired yesterday and with it came not only a Heartstopper cast reunion and Gok Wan revealing what his drag name would be, but also an incredibly heart-warming reaction to a scene from Channel 4’s Big Boys.

The comedy series follows two mismatched boys who strike up an unlikely friendship together at university, and in yesterday’s Gogglebox, the TV sofa critics were treated to Jack’s (Dylan Llewellyn) coming out scene, and their reactions were adorable.

From the Johannes Radebe and John Whaite to Rylan Clark-Neal and his mum, there wasn’t a dry eye to be seen, as the celebs shared their reactions to the sweet scene.

As they watched Jack building up the courage to come out to his mum, comedian Mae Martin shared his nerves, saying: ‘Oh my god, I’m so nervous for him,’ while Heartstopper’s Joe Locke predicted what all the celebs were thinking: ‘I’m gonna cry.’

Joe was joined by Kit Connor, William Gao, Yasmin Finney who said: ‘Oh my god I just got goosebumps,’ while the others praised how ‘sweet’ the scene was. 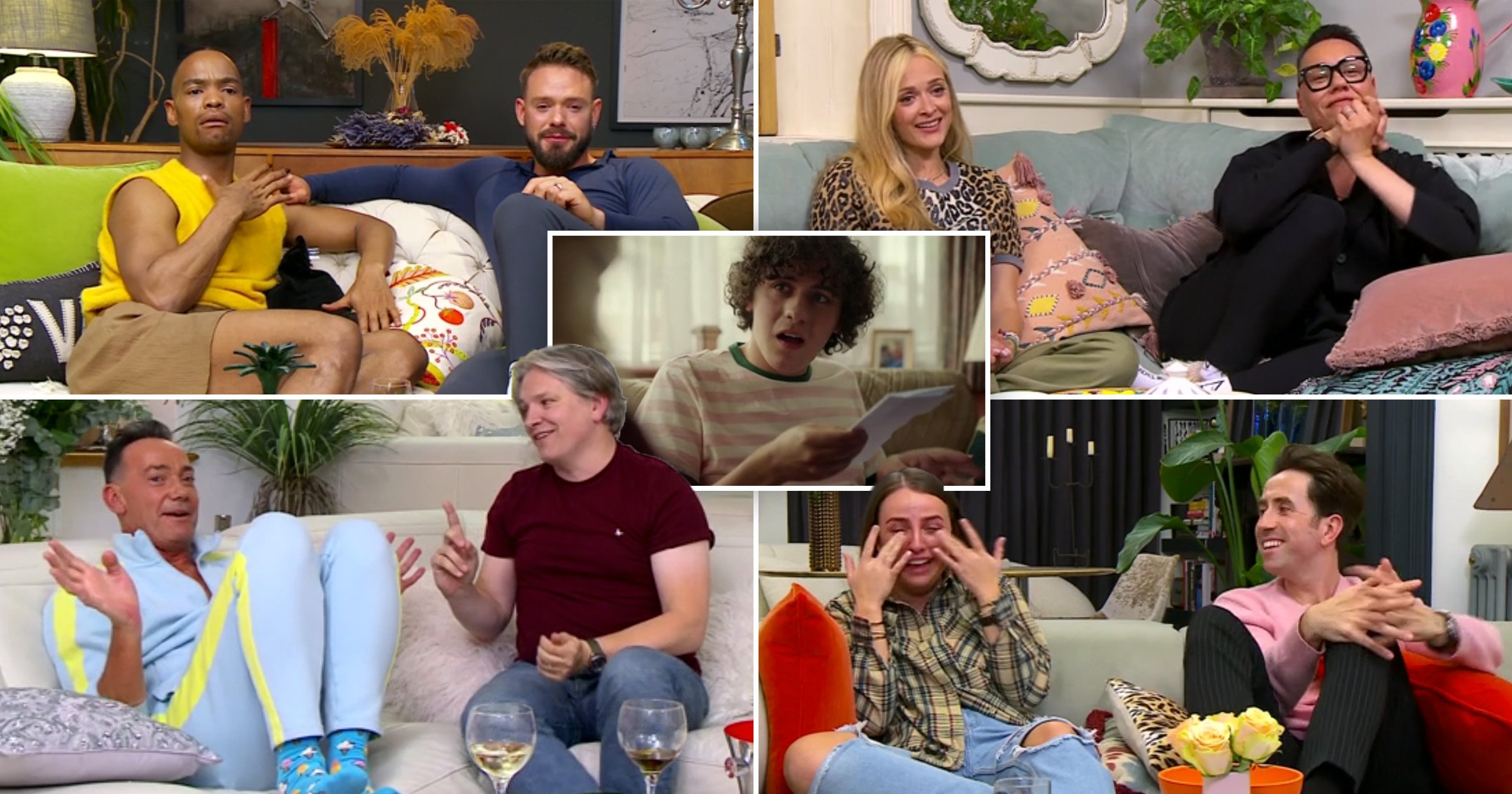 Meanwhile, Scott Mills, who was sharing a sofa with the national treasure that is Sam Ryder, revealed: ‘I remember having this chat with my mum so well.’

Rylan reminisced on his coming-out story with his mum, saying: ‘I mean it is nerve-wracking; I ran away for a few hours, didn’t I? In a field,’ with mum Linda adding: ‘and it was pissing down with rain.’

Nick Grimshaw’s niece Liv couldn’t hold back her tears, while members of Steps were reaching for the tissues.

Those watching at home were left sobbing too, with one viewer writing: ‘#BigBoys on @C4Gogglebox was just the loveliest thing.’

Gogglebox airs Fridays at 9pm on Channel 4 and is available to watch on All4.