There were 1,107 occasions when women under 30 in England and Wales landed a £90 on-the-spot penalty.

Of those, a total of 148 tickets were written out to drinkers in Northumbria, where boozy reality show Geordie Shore – starring the likes of Marnie Simpson and Chloe Ferry – is filmed.

Of the 148 fines, 25 went to teenagers. Police say the large number is down to their zero-tolerance approach to bad behaviour.

Newcastle-based Chief Inspector Steve Wykes said: “People know they can travel here and have a good time free of any trouble or disorder. 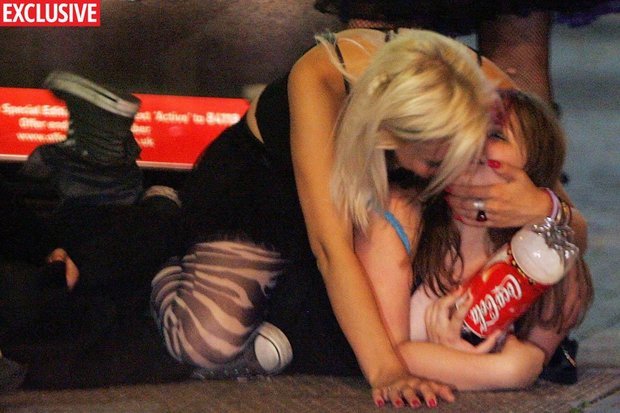 One of the reasons for that is the preventative approach we take with those who are acting in a drunken and disorderly manner in the city.

“That involves arresting those who are behaving in a disorderly manner to prevent them from going on to commit more serious offences or ruining the night for other people.”

Lancashire Constabulary, whose officers patrol party-mad Blackpool, came second on the list with 115 penalties handed out.

Offenders are often arrested, held in cells overnight until they sober up and then allowed home with a fine.