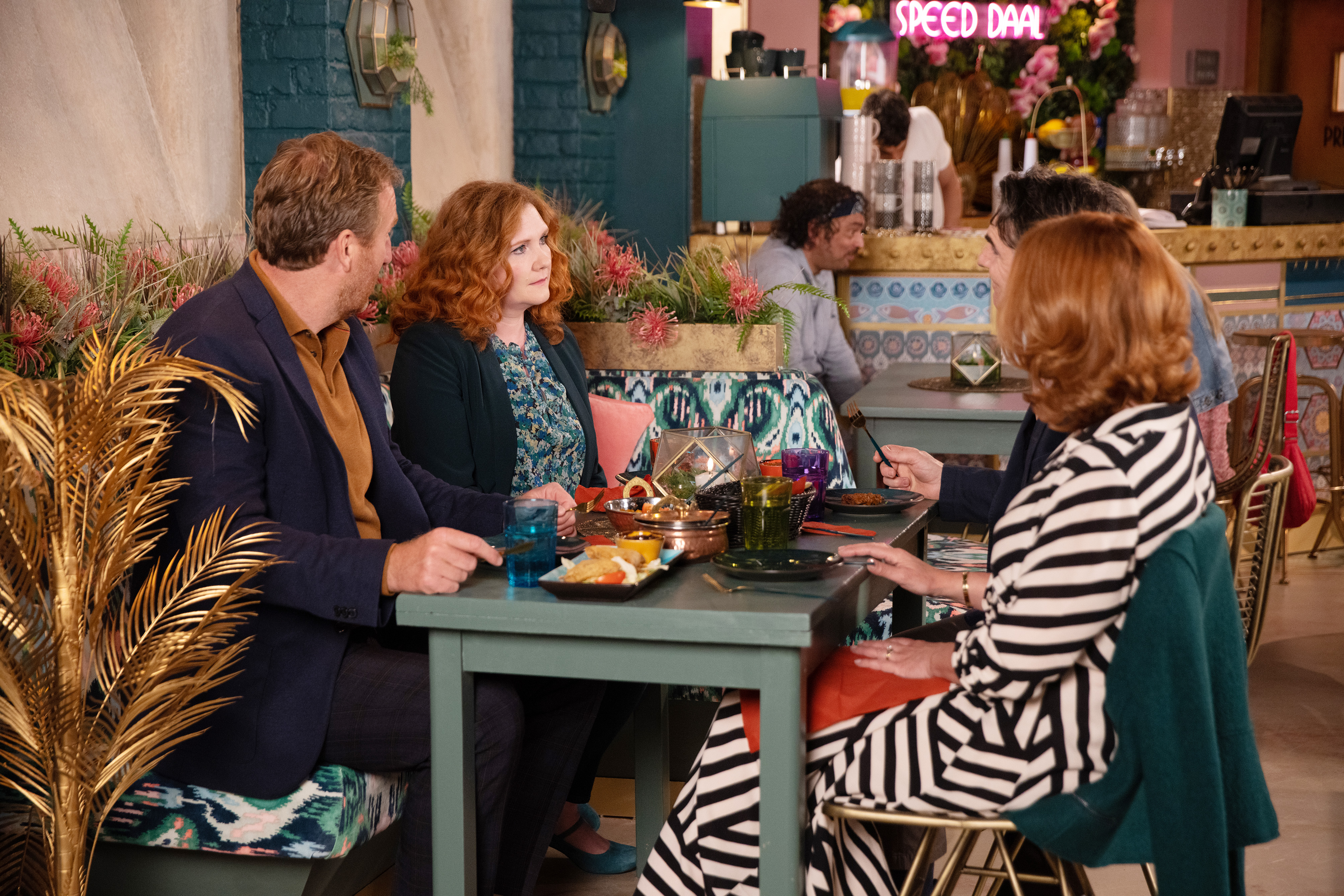 Fiz Stape (Jennie McAlpine) is once again haunted by her past with evil John Stape in Coronation Street as fairly new residents on the cobbles start to learn about her involvement in the serial killer’s life.

John was a murderous, identity stealing teacher who began his reign of terror by starting a relationship with Rosie Webster (Helen Flanagan), a pupil at the time.

Following his death, Fiz was recently thrown back to the torturous days of being with John when his daughter Jade arrived in Weatherfield.

She’s living with Phill (Jamie McKenna) in a fancy new house away from the cobbles and soon, Fiz gets to know two of Phill’s mates.

However, things take a turn when Graham recognises Fiz from her trial and explains that he was the solicitor for the prosecution.

Fearful about telling Phill the truth in case he leaves her, Fiz is horrified when Michael (Ryan Russell) realises she was married to John Stape.

Fiz storms out, but can she tell Phill about her past?