Holly Willoughby and Phillip Schofield welcomed an aesthetic practitioner onto This Morning to speak about John Lewis’ new move to start offering botox treatments at its UK stores. During the segment, the doctor spoke about both the benefits and the dangers of having botox while doing a demonstration of the procedure.

However, before it had even begun, Holly admitted to feeling “wobbly” over the site of the needle.

“There is a warning here for anyone with a needle phobia,” Phillip Schofield said before adding: “We will be showing botox being injected.

“So, you might want to look away, but we won’t have any close-ups and we will cut wide.”

“I might have to look away because it’s slightly making me feel a little wobbly,” Holly admitted sparking concern with her co-star. 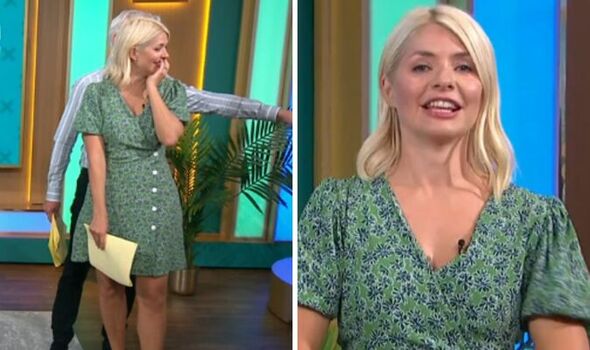 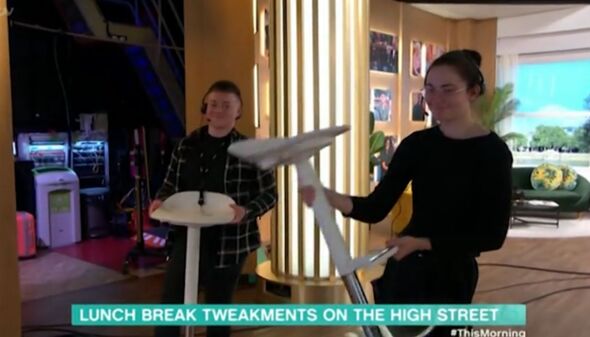 “Yeah, so we are keeping an eye on you just in case you go,” Phillip reassured.

Holly continued: “It has taken me slightly by surprise that I feel like this, but I do feel a little wobbly.”

“Can you swing camera five around a second and just show what is going on,” Phillip said as he pointed to two staff members holding chairs.

“Just in case Holly does feel a little bit woozy, there are two stools waiting to be brought in.” 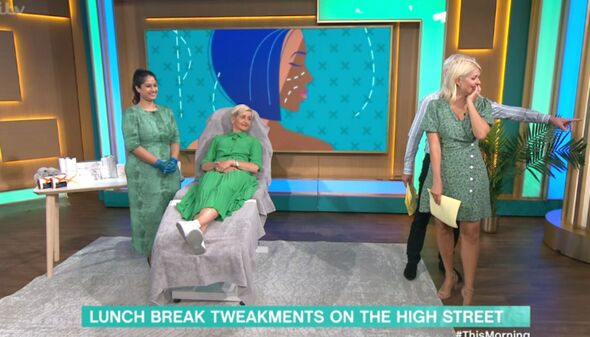 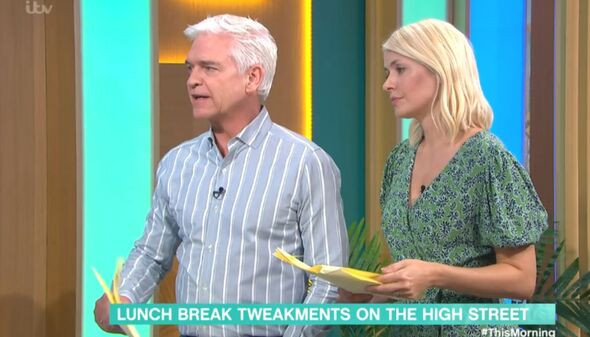 “I’ll be fine,” Holly insisted. “I just don’t want to flash my knickers.”

When the procedure was being done, Holly looked squeamish and so looked away from the needle.

As Phillip asked her if she was feeling okay, the practitioner quickly finished the treatment.

She told the hosts that the area where the botox was injected would be a bit red and that she shouldn’t go to the gym or drink alcohol within the first 24 hours.

The segment sparked outrage among viewers, and many took to social media to share their thoughts.

Dawn raged: “What happened to the #CostOfLivingCrisis #ThisMorning? Plenty of money for unnecessary botox though.”

While user @Switchingdown11 added: “I cannot fathom how frown lines can make you underperform at work. Jesus, get over yourself. No one has noticed or cares about your frown lines. #thismorning.”

“Normalising Botox by saying it’s no different than having a dental check-up every 6 months. Ridiculous and irresponsible TV again from #thismorning…,” Marjorie raged.

Carl Johnson penned: “Remember why I stopped watching #ThisMorning cost of living crisis and sad faces at 10 o’clock…botox demonstrations at 10:05…I dunno about folk going to John Lewis for it, maybe if they start doing it at the food bank it will really catch on.” (sic)

“Every 3 to 6 months! Is this really becoming mainstream? #Botox at @JohnLewisRetail #ThisMorning,” Irene Edgar said.