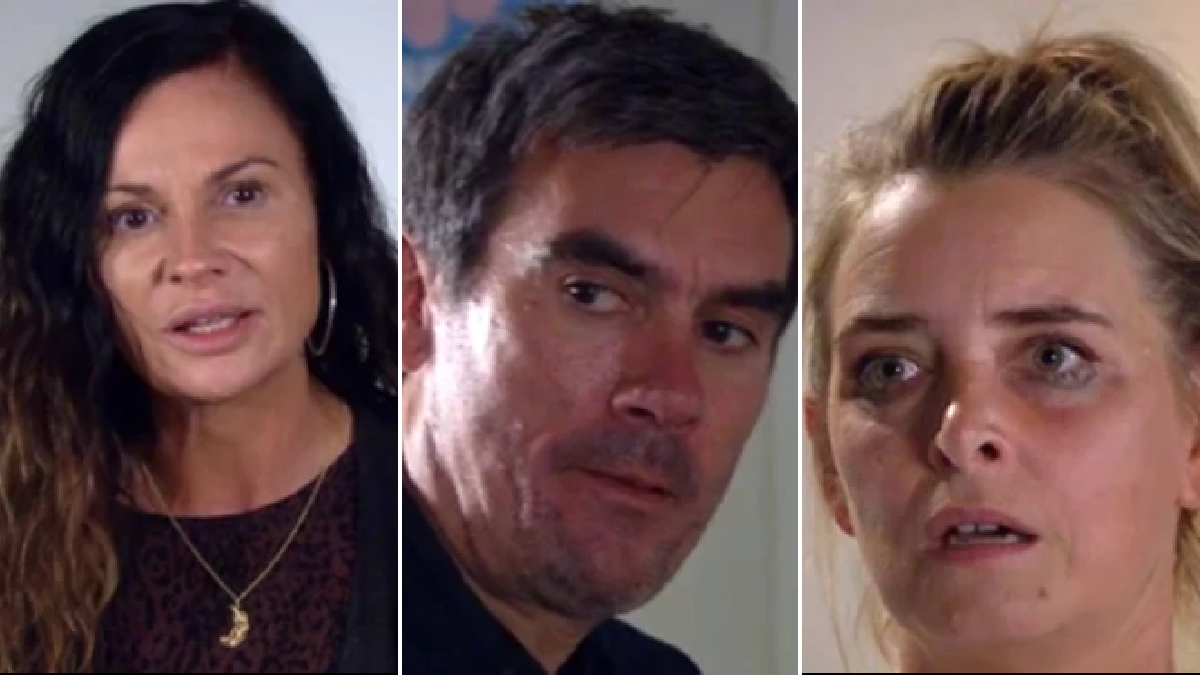 Cain Dingle (Jeff Hordley) faced the consequences of his pub break-in tonight in Emmerdale as he realised he could join Chas (Lucy Pargeter) and Charity (Emma Atkins) behind bars.

Last night (September 22), Cain planned to help Chas out with the finance issues at the pub.

Obviously, this is Cain we’re talking about, he wasn’t going to go about things in a simple way.

Masked up, Cain broke into and robbed the pub, but knocked Charity unconscious during the process.

Tonight, Cain paid a visit to a hospitalised Charity.

Cain showed his sympathy, but Charity interrupted him and revealed she knew he was the one behind the break-in.

Meanwhile, as PC Swirling began his investigation at the pub, his suspicions started to grow.

Cain and Charity both made a deal to keep the truth hidden, but when Chas arrived, it wasn’t long until Charity confessed all, thinking it would save her from trouble with the police.

Chas was furious, pointing out she could go to prison for insurance fraud, Cain for his crimes and Charity for giving Chas some knock-off booze.

An attempt at saving the pub hasn’t gone to plan – but what now for Chas, Cain and Charity?

If the truth is revealed, will they all go to prison?

Or will they pin it all on Al (Michael Wildman)?