Emmerdale: Amy Wyatt leaves on a ferry to Ireland in 2013

Amy (played by Natalie Ann Jamieson) has become very settled on Emmerdale recently as she is enjoying a romance with Matty Barton (Ash Palmisciano) and has been developing a stronger mother and son relationship with Kyle Winchester (Huey Quinn). However, all of this might have led some viewers of the ITV soap to forget she and her mother, Kerry Wyatt (Laura Norton) once killed a man and got away with it. The mother of one might have put this behind her but she could end up murdering someone on purpose when she discovers what her mother’s boyfriend, Al Chapman (Michael Wildman) has been up to.

In recent weeks, viewers have watched as Al has been meeting up with Chas Dingle (Lucy Pargeter) on the sly and the pair have kissed on several occasions.

Following the news that Faith Dingle (Sally Dexter) would no longer be receiving treatment for her cancer, Chas ended up starting a full-blown affair with Al.

The businessman has point-blank lied to his partner, who thought she had changed his ways and he was actually going to commit to her.

How wrong she was and living under the same roof as Al, Amy could be the first person to find out what he has been up to behind her mother’s back.

This is when she could embrace her killer instincts once more and claim another victim, following the death of Frank Clayton (Michael Praed) in 2019. 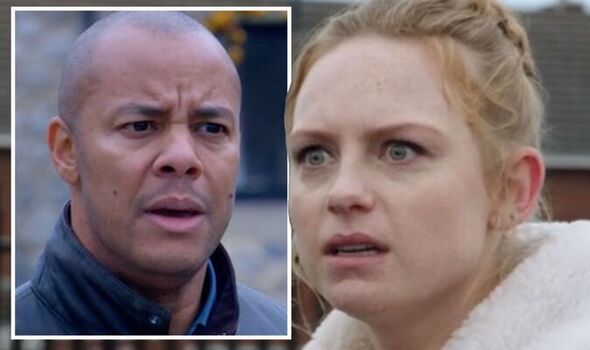 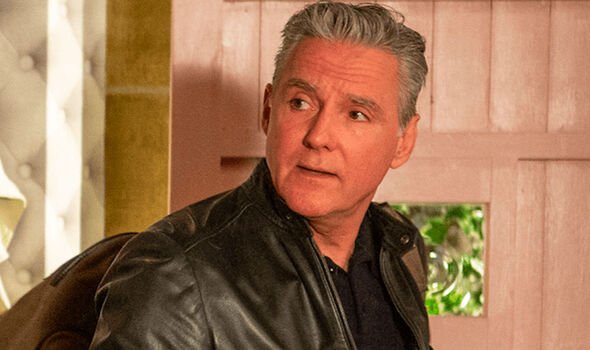 After they caused a fire at the Sharma sweet factory, Amy and Kerry were horrified their actions had claimed someone’s life.

Wanting to save his daughter, Tracy Metcalfe (Amy Walsh) from the blazing inferno as she was trapped inside, Frank sacrificed himself.

Although they didn’t directly kill him, they still had a part to play in his death but they were never found out by the police.

This meant many of the villagers believed it was Frank who started the fire and he was blamed for losing people their jobs.

Even though they have tried to put it to the back of their minds, it is something which has always haunted the mother and daughter. 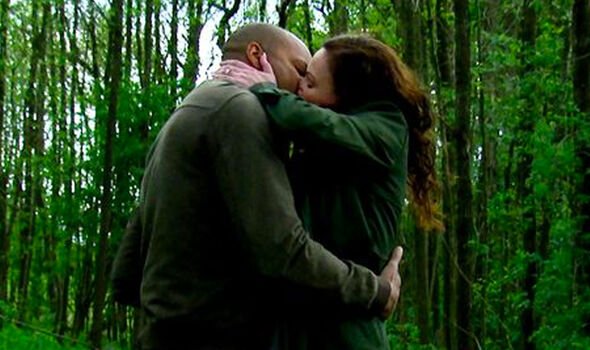 Doubt it very much

However, it could be Amy acts alone the second time around as she makes sure she gets revenge on Al for cheating on Kerry.

Amy could do this in a way she wouldn’t be identified as the killer, making it a very hard job for the authorities to find Al’s killer.

This plan could include disgusting her face before running down the businessman in a car and leaving him for dead in the middle of the road.

As she burns the car to get rid of any evidence, back in the village, Al could be pronounced dead, leaving Chas and Kerry devastated.

Will Kerry ever discover what her partner did and will she be thankful for her daughter claiming another life? 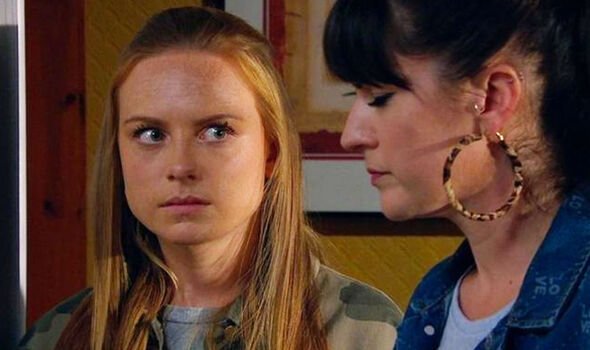 The actor who plays Al, Michael, has explained his character would have to be found out rather than him admitting to the affair.

Michael told Express.co.uk and other media: “I doubt very much he is going to come clean. I mean there might be a time he does come clean to someone he has cheated on.

“But I don’t really know at this point in time. He gets to a point where he’s looking for something he’s not getting in his current relationship that he’s in.

“And there is where he always goes wrong and at that moment in time, that is when Chas comes along and she offers him the type of comfort and support he’s not getting somewhere else.

How well do you know your British soaps?

How many times has Ian Beale been married in EastEnders?

What is the name of Bianca Jackson and Ricky Butcher’s son on EastEnders?

On EastEnders in 2002, who accidentally ran Jamie Mitchell over in his car which caused his death?

How many times has Corrie’s Steve McDonald been married?

What happened to Emily Bishop in Coronation Street?

Who murdered Maxine Peacock in Coronation Street in 2003?

Which incident in 1993 killed off four characters in Emmerdale?

When did the show stop being known as Emmerdale Farm?

On what date did Hollyoaks air its first episode?

What was the name of the much-loved Coronation Street pet dog who was put down in April 2020 after 14 years?

1996 saw the arrival of one of Hollyoaks all time bad boys and rival of Kurt Benson, but who was he?

Who is the longest serving character on Coronation Street?

Who shot Phil in EastEnders?

How many fires have there been at Corrie’s Rovers Return?

Get out of my pub, you’re no soaps fan

Could it actually lead to Al’s downfall this time as his cheating ways see him killed by a woman desperately trying to protect her mother?

Amy’s conscience would struggle to accept what she has done, however, as she will have murdered someone of her own volition.

Unlike with Frank, she could be wanting to confess the truth and tell the police she is to blame for Al’s murder.

Unfortunately for her, Kerry could learn the truth about the affair and what her daughter did in order to get revenge on the businessman.

So pleased someone had her back, Kerry would convince her daughter not to go to the police but can they get away with murder again?

In fact, Amy could be charged with both Al and Frank’s murder as the actress who plays Tracy, Amy, has called for the death to be revisited.

Amy explained: “I still think that the whole situation needs to be resolved further.

“I don’t think it can just be brushed under the carpet, I struggle with the fact that people in the village still think Frank was guilty [for the fire] and will that ever come back.

“It’s not something that they’re touching on at the moment but hopefully one day, I think it’ll be important for Tracy to clear his name.”

Will Amy be making her exit from the show very soon?

Emmerdale airs weekdays at 7:30pm on ITV, with an hour-long episode airing on Thursdays.