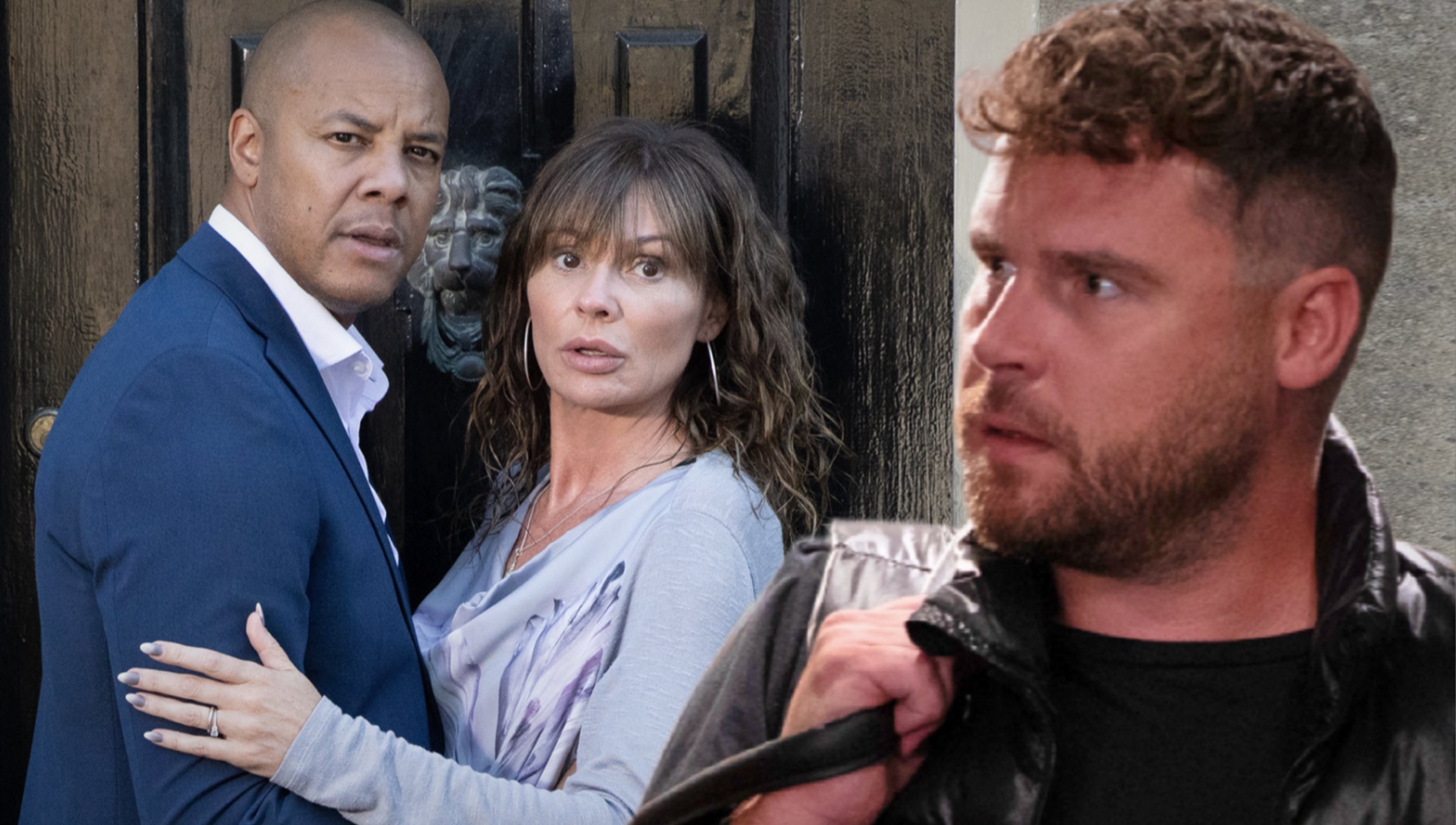 Aaron Dingle (Danny Miller) is one of the three returnees recently announced for Emmerdale’s 50th anniversary.

While the focus is on Liv’s (Isobel Steele) storyline with Sandra (Joanne Mitchell), we know it’s highly likely Aaron will also have scenes with his mum, Chas (Lucy Pargeter), who is currently having an affair with Al (Michael Wildman).

Right now, Belle (Eden Taylor-Draper) is the only person who knows about Chas’s betrayal, but chose to keep quiet for Paddy’s (Dominic Brunt) sake – but things could be very different if Aaron was to find out during his return.

‘I think everybody loves Paddy and Chas’, Danny Miller told us during an exciting chat to tease his return.

‘Paddy is his dad in Aaron’s eyes – his real dad robbed him of a life and Paddy gave him one, even when he split with Chas.

‘I think it would be worse than the other way round in Aaron’s eyes, if Paddy was cheating, he would be more angry at Chas cheating than Paddy cheating. So yes, he’s got strong feelings, I don’t think he’s going to like it at all.’

Reflecting on the possibility of Aaron telling Paddy, Danny added:

‘I think he’d want to tell Paddy every time but his mum’s going through a lot, it’s a timing thing, Faith’s really not well and Chas is playing away so the family could potentially be destroyed at the wrong time so I think his conscience is getting the better of him to tell people what’s happened.’

Pondering over the complexities of the storyline, Danny said:

‘There’s seeing Paddy and worrying about the family and what will happen and will Faith end up taking that with her instead of the happy memories of her family…so it’s a lot to play with, it’s not just a case of telling Paddy.

‘His morals are always in the right place and he’s honest too. I think it would kill him not to tell Paddy.’