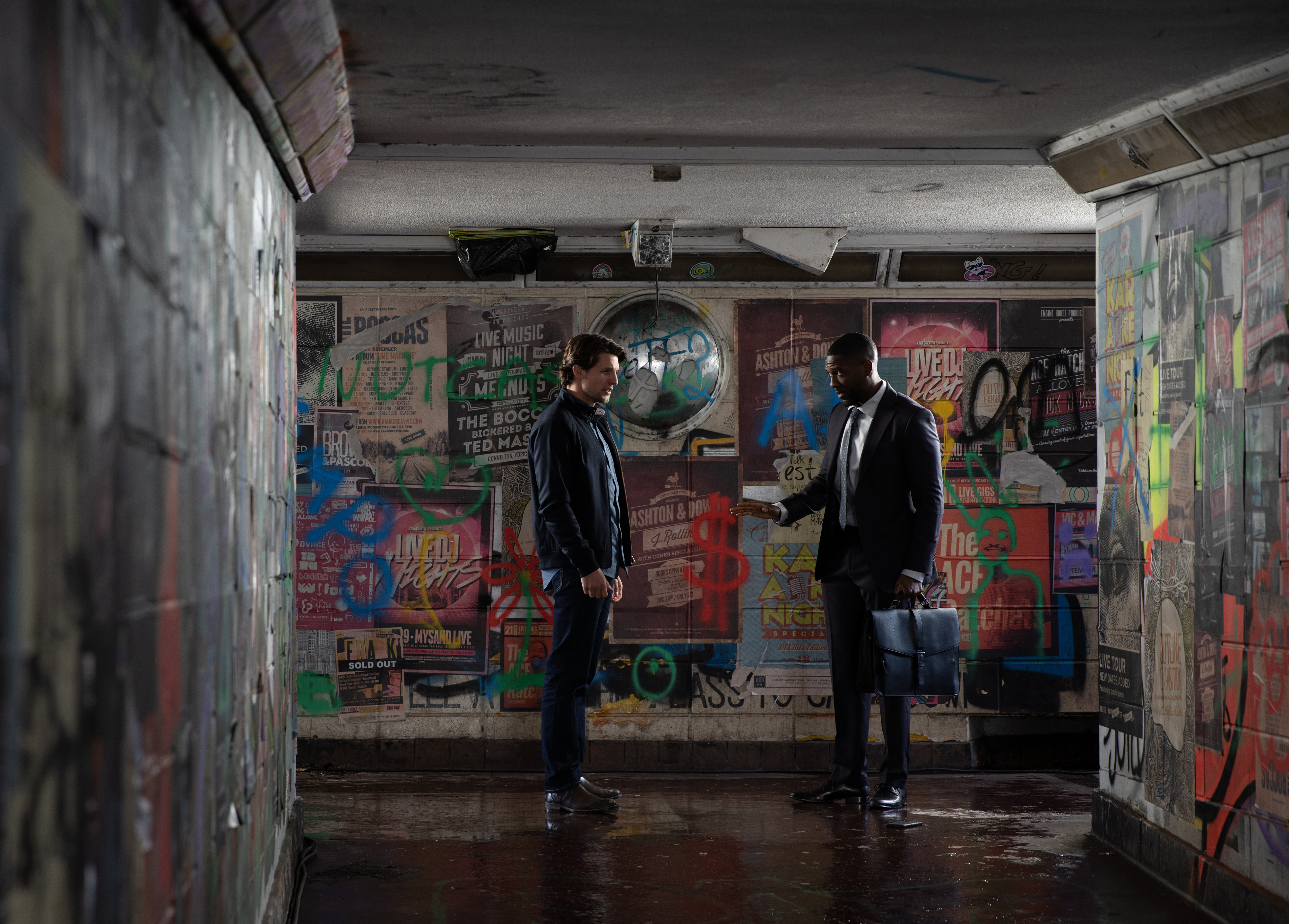 Emmerdale viewers have been gripped by the storyline about the aftermath of the racist attack on Billy Fletcher (Jay Kontzle), and the moral dilemma that Ethan Anderson (Emile John) has found himself in as a result.

For his first case representing someone, Ethan has been called upon to defend the racist attacker, Jordan (Jack Parr), and viewers have seen him deciding to carry on with the case for the sake of his career despite deep misgivings.

Emile John told Metro.co.uk about Ethan’s conflicting feelings over the case. ‘The stakes are extremely high here,’ he points out. ‘He’s worked so hard to climb the ladder in his field, he loves practising law, it means a lot to him. But this particular case, there’s a real push and pull. Ethan is a black man, a black lawyer, and I believe Ethan has probably been a target of racism at some point in his life, but the conflict lies in the fact that he has to be able to maintain an air of professionalism and not bring his own bias towards it.’

Emile says that Ethan is aware that there isn’t a lot of support for his position among his neighbours. ‘To the people in the village this person, Jordan, has attacked Billy unprovoked and obviously there’s a sense of community within the village and the fact that I’m representing this person who’s done such egregious things towards Billy, the people of the village are going to be looking at my character and thinking, “Does he have a backbone? Does he have a sense of morality?”’

Initially Ethan’s main concern is for his career and how his standing in his firm would be affected if he pulled out of the case. ‘The firm have given him a lot of responsibility and it’s the first time he’s actually representing someone, so the stakes are high here,’ Emile says. ‘He has to be able to conduct himself in a professional manner and if he was to back out it just wouldn’t bode well for his reputation.’

‘I think this is probably a lesson to Ethan that as much as you want to progress in your career there are more important things. In this case it’s about being there for your people.’