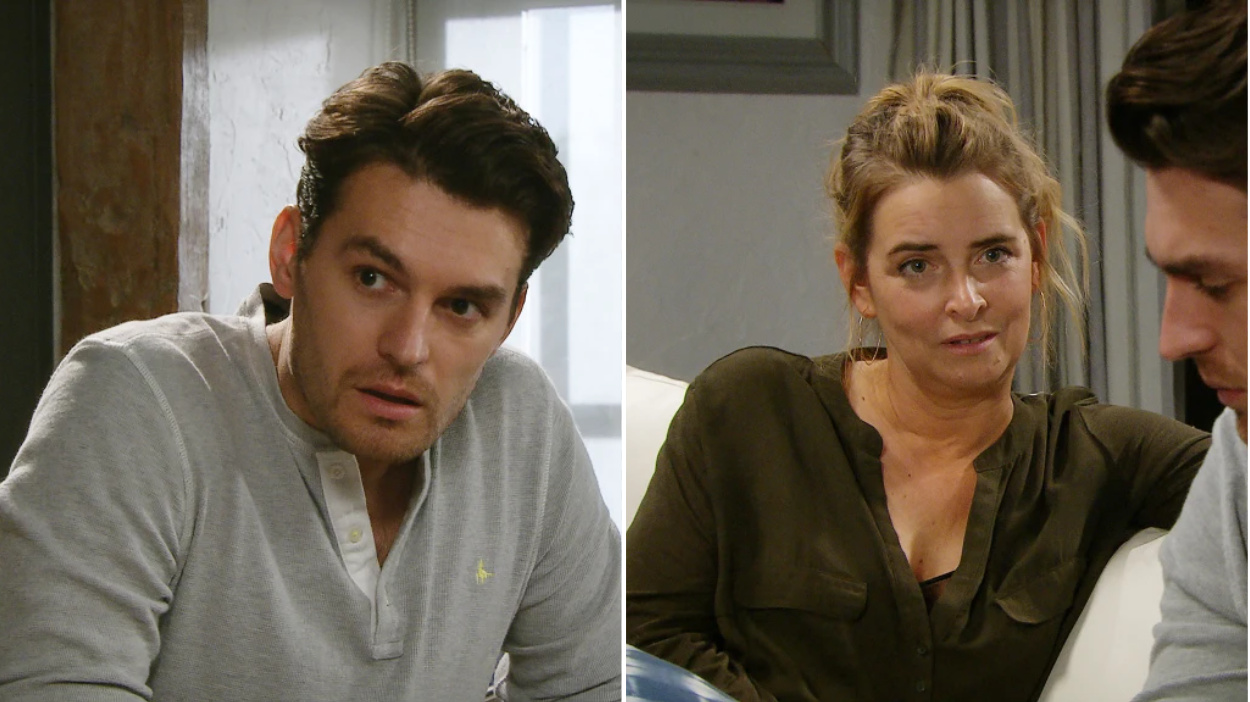 When the council workers went on strike in Weatherfield, railway workers in our world went on strike over the dispute about pay and working conditions.

The same situation occurred for Lawrence Robb and Emma Atkins recently, as they filmed Mackenzie and Charity’s latest storyline around the time Roe v Wade was heavily in the news.

In 1973, US courts stated that pregnant women were entitled to an abortion during the first three months of their pregnancy, also allowing for legal restrictions and bans during the second and third trimester.

However, on June 24, the courts overturned that ruling, meaning it’s possible states will ban abortions earlier than 12 weeks.

Abortion is not illegal in the US, but it is now up to the states to decide if and how to allow them.

Filming these scenes when Roe v Wade was dominating headlines got Lawrence, Emma and the crew thinking about how prevalent this upcoming story will be.

In tonight’s episode, Mackenzie was hurt when Charity revealed she was secretly planning on aborting their baby, without him knowing.

The scenes were important to air. Mackenzie came across selfish at some points, failing to consider that Charity may not even want another child!

Charity – rightfully – pointed out that it is her body carrying the baby but also, Mackenzie wondered why his partner thought his opinion wasn’t important.

The conversation around abortion rights can be reflected with Amelia’s (Daisy Campbell) storyline as well. The teen discovered she was pregnant last week and – without barely any hesitancy – made her way to the doctors to organise aborting her baby.

For Lawrence Robb, he’s looking forward to seeing this storyline play out on screen and encouraging the audience to have a conversation around the important subject:

‘We were filming this about the time of Roe vs Wade and it’s very prevalent for now and it’s very interesting to take it on this journey with what’s happening in the world right now.’

‘It was very exciting to get my teeth into something gritty and more serious’, he continued.

‘I really enjoy the character that Mack is. He will constantly take the p**s out of any character he interacts with, and I like that about him. I like that he’s a bit of a joker and you can take him seriously but also everything’s kind of said with a hint of sarcasm.’

Reflecting on Charity’s decision to visit the abortion clinic on her own, Lawrence said:

‘I think Mackenzie’s hurt initially because he wasn’t involved in the decision-making process at all. I think that’s probably what hacked him off more than anything else – the not being told and not having any hand in the decision is quite tough but they get through that, and they do end up making it work.’