Victoria (played by Isobel Hodgins) doesn’t feel comfortable living in Emmerdale village anymore and has been looking to get out alongside Diane Sugden (Elizabeth Estensen). Although her brother Robert (Ryan Hawley) wants her to stay.

She found herself pregnant after being raped by Lee Posner (Kris Mochrie) and subsequently his mother has turned up and discovered the pregnancy.

Wendy Posner (Susan Cookson) wants access to the child and has warned Victoria that Lee may seek custody, horrifying the mother-to-be.

But this evening’s instalment of the ITV soap saw Victoria elated as Diane revealed she had the money for them to leave.

Diane turned to Eric Pollard (Chris Chittell) in the hope that he’d buy her out of her shares in the B&B to free up some cash for her and Victoria to make an exit.

Eric came round to the idea when Diane revealed that Victoria was pregnant and he made an offer.

Victoria was moping around the house at the prospect of having to stay in the village and was explaining her reasons for wanting out to Robert but soon Diane burst through the door.

“Eric’s agreed to buy me out of the B&B at full market value!” she exclaimed.

“Hang on, so wait, what does that mean?” a confused Victoria asked.

Diane explained: “It means we’ll have enough cash to up sticks and find a rental any where you like and we won’t have to wait to sell!” 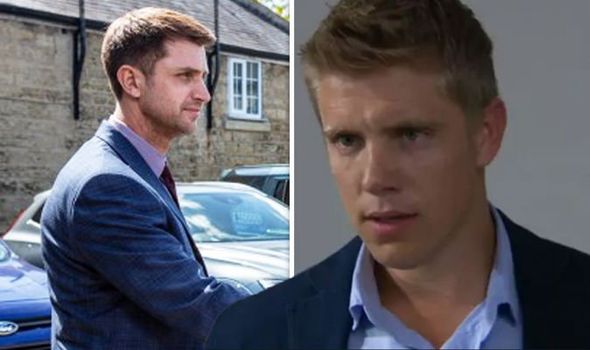 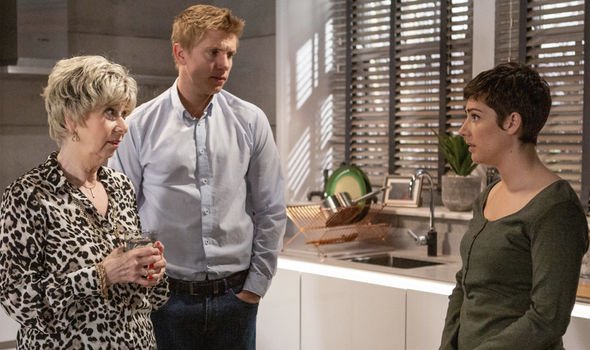 We could be out of here in no time

“And you’re still up for going?” Victoria questioned as Diane replied: “If you are, we could be out of here in no time.”

“Diane, you have just saved my life. You have no idea, thank you,” a delighted Victoria declared as she wrapped her arms around the beloved villager.

However, Robert was sat on the sidelines and did not look at all impressed by this turn of events which would see his sister leave the village.

Later on, Diane and Victoria were looking at places to move to in Cornwall.

“You are still sure?” Victoria queried but Diane assured her: “Living with you and my new grandchild by the sea, it’s a no-brainer.”

“See, I wish Robert got that,” Victoria sighed. 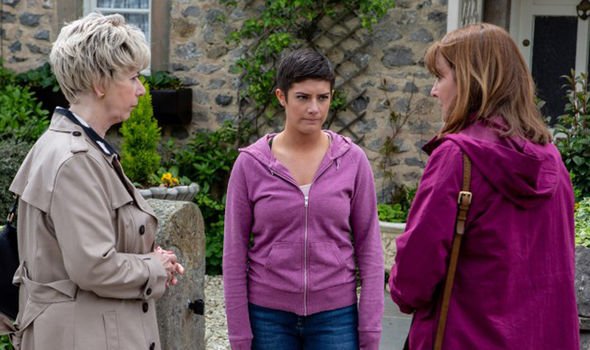 “To see you happier today, I think he’s letting all this go and coming round to it,” Diane retorted.

But that looks to be far from the truth as the next scene saw Robert stalking Lee to his house.

Although unseen, Robert glared at Lee from afar and it looked like he had a lot on his mind.

With speculation rife that Robert will murder Lee, could he turn killer in order to keep his sister in the village?

If you have been affected by issues raised in Emmerdale, visit http://itv.com/advice or https://rapecrisis.org.uk/ for support and advice.