Paul Ashdale (played by Reece Dinsdale) has quickly settled into Emmerdale after realising his son, Vinny Dingle (Bradley Johnson) was living there with his mother Mandy Dingle (Lisa Riley). It took a few months before his true identity was revealed, and since then, he has been trying to build up a relationship with Vinny – and his mother. But, there could be a twist in the tale as the rest of Paul’s family turns up.

“Come on, it’s obvious you two are going to get back together,” Vinny said to his dad in reference to Mandy earlier this week.

“Would I like that to happen? Yes, okay, I would absolutely,” Paul replied.

“But is it going to happen? Well…”

“Come on Paul, it’s obvious you’re still into each other!” Vinny hit back. “It is that simple, I know you two have had your problems -“ 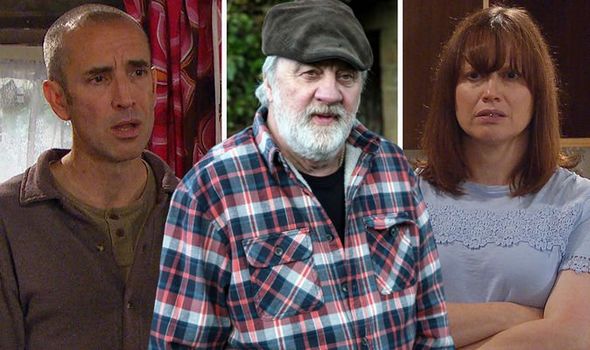 Paul cut him off and argued: “It’s not just about me and Mandy son, it’s about you and all.

“Mandy’s worried if we get back together and things don’t work out, where would that leave me and you?”

What if there were other people in Paul’s life he had to consider before entering into a relationship with Mandy once more?

It comes after Express.co.uk spoke to the actor who plays Vinny about a potential extended family of step-brothers and sisters. 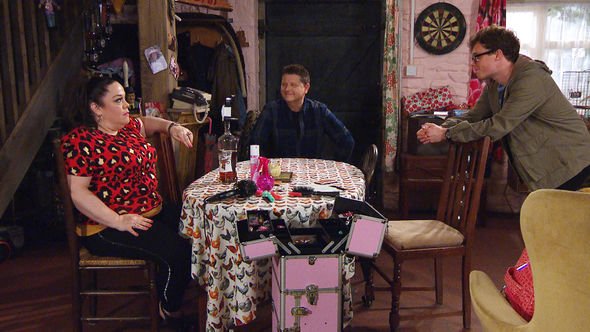 When asked whether any other family members could emerge from the woodwork, Bradley answered: “Maybe, possibly, but I feel like it’s one step at a time.

“Finding out Paul is his dad – I think that’s a lot to take in.

“I think it’ll be baby steps at the start and whether he gets angry or he’s upset, he’s going to want to explore that avenue before he dives into anything else,” the actor added.

It wouldn’t be surprising if Mandy finally decided to get together with Paul and then his other children then turned up. 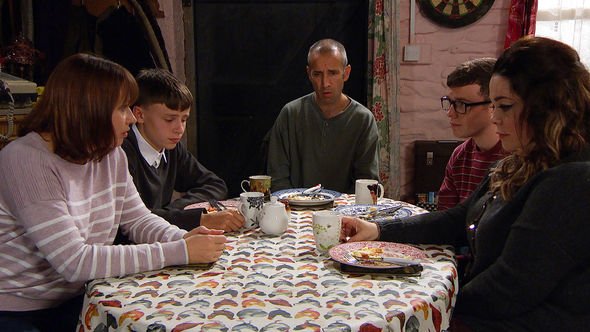 How would the beautician feel if this were to happen?

There is also the matter of Vinny and his response to not only learning about his biological father, but them the possibility of brothers and sisters.

Elsewhere in the Dales, there is a chance Kim Tate (Claire King) will strike a deal with Nate Robinson (Jurell Carter).

The latter was fired by Al Chapman (Michael Wildman) earlier this week for failing to turn up to an important business meeting.

But after the farmhand found out about Jamie Tate’s (Alexander Lincoln) involvement in Moira Barton’s (Natalie J. Robb) hit and run it seems he has a chip to bargin with.

Could Nate blackmail Kim into getting his old job back?

After all, he now has two mouths to feed as girlfriend Tracy Metcalfe (Amy Walsh) is pregnant.

Emmerdale airs Monday, Wednesday and Friday at 7pm on ITV.