Emmerdale viewers saw DI Malone (played by Mark Womack) finally meet his maker last week when Dawn Taylor (Olivia Bromley) and Harriet Finch (Katherine Dow Blyton) ended up involved in a deadly altercation with the disgraced police officer on the ITV soap. However, with tonight’s episode having put Will Taylor (Dean Andrews) in the spotlight over Malone’s supposed disappearance, he accidentally revealed Billy Fletcher’s (Jay Kontzle) association to the villain – which could now make things very difficult for the latter as he struggles to prove his innocence.

Malone terrorised the Taylor family for months after arriving back in the Dales earlier this year.

However, it was Harriet who got murderous revenge last week on the villainous copper after he attempted to talk Dawn into taking a lethal dose of heroin.

Dawn and Harriet subsequently set to work to cover up the deed, deciding to bury Malone’s body in a risky move.

The pair are currently the only two who know Malone is not missing and has been murdered – but now someone else might end up taking the blame. 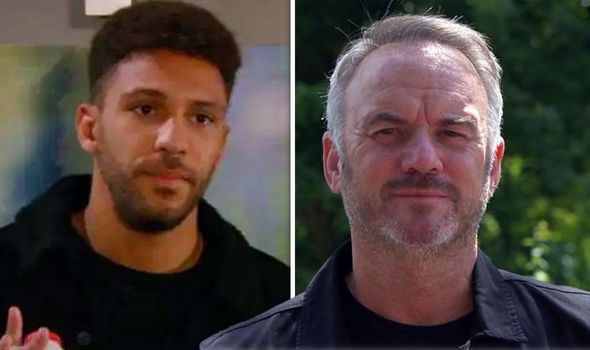 Tonight’s episode saw Dawn nearly decide to spill the truth to her beloved partner but she couldn’t quite go through with it.

Instead, the young mum made a U-turn and broke up with him instead, leaving him devastated.

But despite the ongoing police enquiries for Malone’s “disappearance” seeing Will taken in custody, it seems Billy may now end up in trouble.

Dawn admitted: “The police are questioning my dad about Malone.” 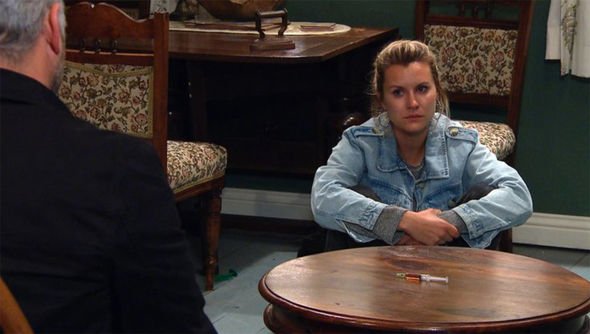 A panicked Billy asked his girlfriend: “What if he says something? What if he mentions my name?”

However, Dawn reassured him her dad would keep quiet about his involvement with Malone’s jobs.

And it wasn’t long before viewers saw Will put his foot in it when he was probed about his daughter’s other half at the station.

The police officer quizzed: “You know Billy Fletcher? Yeah, of course you do. I believe he’s involved with your daughter.

“Paperwork shows he was brought in for arrest and later released without charge by DI Malone.”

However, trying his hardest to protect Billy, Will replied: “I don’t know about that.”

The copper asked: “Really? Did he never say anything about it to you? Nothing to do with Malone blackmailing you into working with him?”

“Look, Billy had nothing to do with any of it,” Will added – but it seems as though Billy is far from out of the woods just yet.

This statement seemed to ring alarm bells for the police officer, as he replied: “Any of what, exactly?”

With Billy now in the frame of suspects, he’s sure to be brought in for questioning in upcoming episodes, which could see huge consequences for his future.

And with Dawn still yet to reveal her killer secret, could he end up taking the blame if she fails to step up and reveal the truth?

Emmerdale airs Mondays, Wednesdays and Fridays at 7pm on ITV.