Earlier this year, Archie Sharma (played by Kai Assi) turned up on the doorstep of his father, Jai Sharma (Chris Bisson) when his mother tragically died. The frightened boy was too scared to speak when he first turned up in Emmerdale but has recently come out of his shell with the help of Arthur Thomas (Alfie Clark). However their friendship will soon turn sinister as Laurel Thomas’ (Charlotte Bellamy) son begins to act out and demonstrate worrying behaviour.

Laurel and Jai were both relieved when Archie began to speak and open up, seemingly as a result of his friendship with Arthur.

However in upcoming scenes viewers will get a glimpse at a more sinister relationship when Arthur turns violent.

Arthur will blame Archie for tuning his dad’s birthday and lashes out in frustration on the ITV soap.

Archie falls and is knocked unconscious but when Laurel and Jai assume the incident was an accident, Arthur doesn’t correct them. 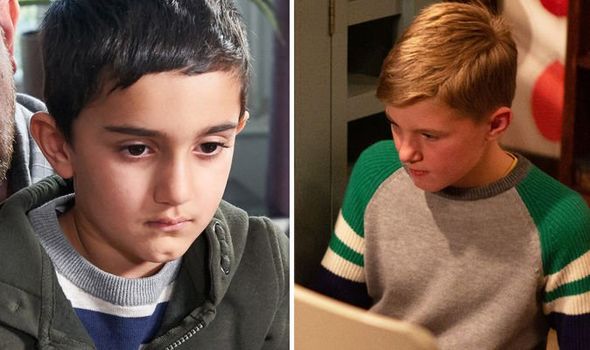 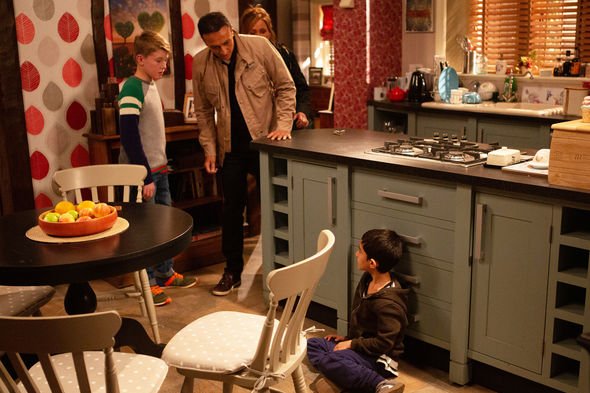 However while they check over Archie to make sure he’s okay they find another suspicious mark on him.

Instead of coming clean, Arthur quickly thinks of someone to blame suggesting the young lad will be showing his sinister side more and more in coming weeks.

Arthur blames Jimmy King (Nick Miles) for the mysterious marks and Laurel and Jay are quick to confront him.

Understandably Jimmy is shocked by what he hears and denies the allegations but the damage is already done. 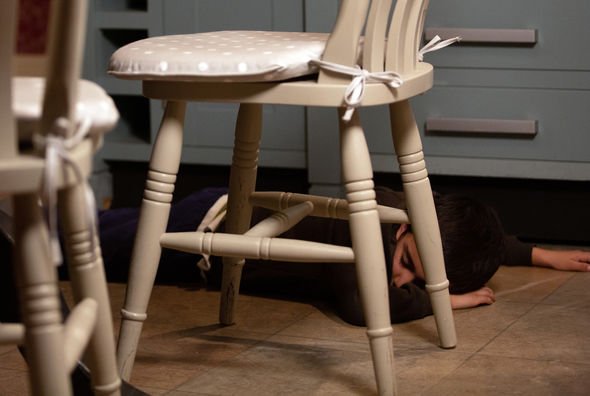 Despite Arthur being given an opportunity to own up to his questionable behaviour, his denial could tell fans his violent streak is set to continue.

Jai and Laurel believe Arthur and Archie are the best of friends so there will continue to be plenty of opportunities for Arthur to inflict abuse if he wishes.

Could Arthur push Archie too far and accidentally kill the young boy?

However Archie isn’t the only one Arthur has been lashing out in recent scenes of the ITV soap.

After a misunderstanding, Jai went round to sort things out with Laurel but was greeted by Arthur.

The young lad told Jai his mother wasn’t home and set his stepfather figure on his way.

However Laurel was home and when a text came through on her phone, Arthur’s sinister intentions became clear.

The youngster deleted the text immediately and then pretended not to hear his mother shouting him from upstairs.

Is Arthur lashing out because he’s jealous of the attention Laurel is giving Jai?

Meanwhile Graham Foster (Andrew Scarborough) is set to open up and be honest to new girlfriend Rhona Goskirk (Zoe Henry).

Will he tell her the truth about Millie Tate’s questionable paternity and bring about the downfall of the Tate family?