This Morning stalwart Phillip Schofield released a heartfelt statement today on social media regarding his sexuality. Phillip revealed in the statement he was gay and decided to openly discuss the topic on today’s This Morning alongside co-host and friend Holly Willoughby before Ruth Langsford and Eamonn Holmes took the reigns in their typical Friday slot on the ITV show.

In Phillip’s social media statement, he said: “You never know what’s going on in someone’s seemingly perfect life, what issues they are struggling with, or the state of their wellbeing – and so you won’t know what has been consuming me for the last few years.

“With the strength and support of my wife and daughters, I have been coming to terms with the fact that I am gay.”

A visibly emotional Phillip then said on This Morning he couldn’t have come out without the support of his family as well as colleague and close friend, Holly.

As the pair shared a tearful embrace, Ruth Langsford and Eamonn Holmes, who regularly front the ITV show on Fridays, entered to join them. 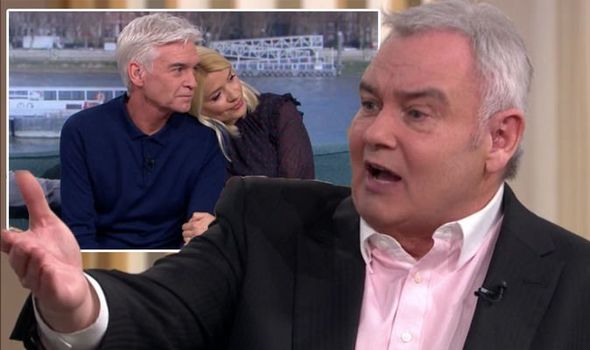 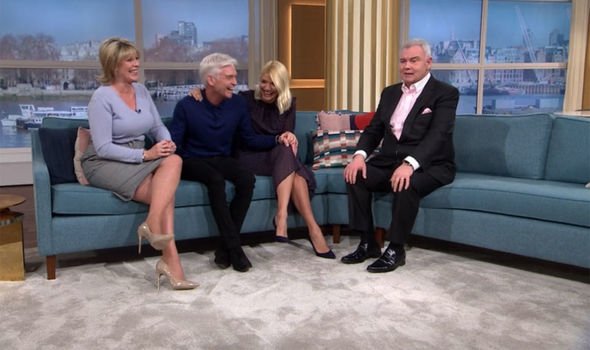 Both Eamonn and Ruth planted a hug on Phillip before Eamonn said his part on his colleague’s news.

Eamonn praised Phillip for speaking out, telling him “so many people will be strengthened” by him.

However, as the tears began to settle, Eamonn couldn’t help trying to get a laugh from his co-hosts.

He told Phillip: “I’m disappointed in a couple of ways. First of all, I thought (when) there’s a big announcement from Phillip, I thought you were going to come in and announce you’d resigned.” 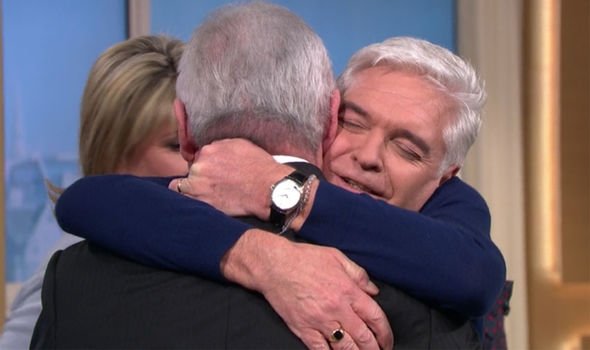 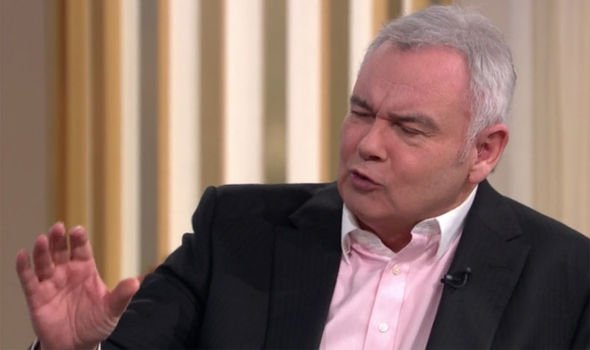 Ruth, Phillip and Holly shared a laugh at Eamonn’s comments before he continued: “And the second thing…

Phillip quickly shut down Eamonn’s teasing by kissing Holly’s hand and labelling her “the sister he never had.”

The quartet held hands and kind words as the ITV show headed to a commercial break, but some viewers at home found Eamonn’s comments “unhelpful.”

Taking to Twitter, one This Morning viewer said: “Eamonn Holmes being inappropriate as per today, his hot tub comment was gross. Basically insinuated Steph has always known Phil was gay and that’s why she let him be friends with Holly… WTF.”

A second agreed: “Eamonn Holmes comments about Phillip Schofield being in a hot tub with Holly Willoughby, is embarrassingly unhelpful.”

While a third sarcastically commented: “Good to see big Eamonn Holmes treating Philip Schofield coming out with the sensitivity it deserves by saying that he wondered why Philip was allowed in a hot tub with Holly.”

And a fourth tweeted: “How out of order was that hot tub comment from eamonn holmes?… Proper creepy vibes. Just gave the whole situation a weird energy #ThisMorning.”

However, other fans decided to take to the platform and voice their support for Phillip after coming out.

One This Morning fan said: “Well done Phil … Love to the family hope everything works out well for everyone.”

A second agreed: “@Schofe will always be loved and unjudged by his fans, friends, family, colleagues, peers and fellow humans with hearts. Well done Phil.”

While a third added: “Well done Phil, almost made me cry listening to Holly read that this morning. Everyone loves you for you, it makes no difference what your sexuality is. I wish you and your family all the happiness in the world xx.”

This Morning continues on ITV every weekday at 10am.