Suki (played by Balvinder Sopal) has been a fierce force on the Square since she was introduced to the world of EastEnders last year. Since then, viewers of the BBC soap have seen her launch a business empire in Walford, have a fling with Peter Beale (Dayle Hudson) and even send her own son, Jags Panesar (Amar Adatia), to prison so his brother Vinny Panesar (Shiv Jalota) could evade justice. However, it was her daughter Ash (Gurlaine Kaur Garcha) who broke the matriarch’s hard exterior as she didn’t hold back in telling her mother exactly what she thought of her. With the strong-minded battle axe reduced to tears and having heard some extremely brutal home truths, will she decide to leave her children to make their own mistakes and move away from Walford?

The drama began on Thursday night as Ash waited to hear what the hospital board had to say about her recent malpractice by administering Peter with morphine when not on shift.

Not wanting her daughter’s hard work to go to waste, Suki approached one of the senior members of the panel and paid her off to weigh the hospital’s decision in Ash’s favour.

As the Panesar clan waited with bated breath to hear what the medical board had ruled, Peter tried to make amends with his love interest at the Queen Vic.

It was during this conversation the doctor got the call and she headed outside to discover her fate as a medical professional.

When she broke the news that the hospital had decided to keep her on, the Beale boy said he would get in a round of drinks but Suki was less than impressed. 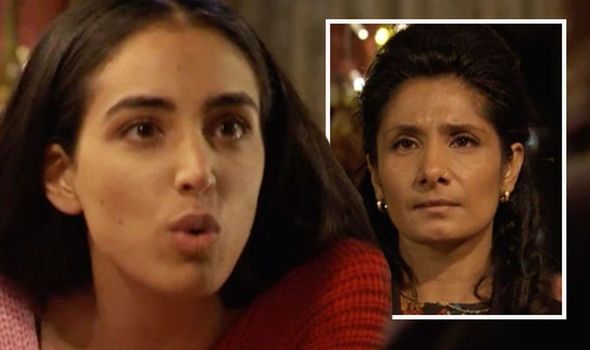 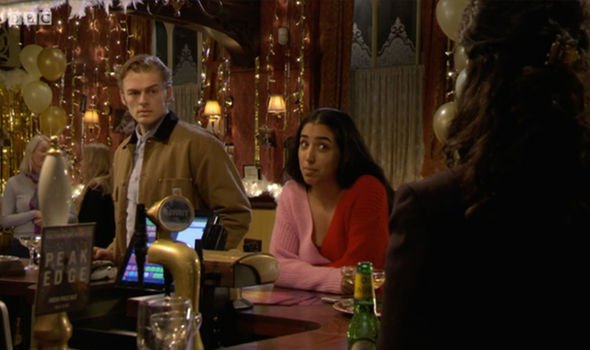 The matriarch didn’t hold back as she told Ash: “He lands you up to your neck in trouble, you barely scrape through and now all-of-a-sudden everything is forgiven.”

“Come on, mum. None of this was Peter’s fault and you know it,” the doctor replied before Suki added: “This will be the last night you spend in the company of a Beale.”

Ash then laid into her mother as she declared: “I said give it a rest. Get it through your head that I’m never going to work in the family business.”

“All I’m asking is that you listen and you show a bit of gratitude,” Suki hit back, revealing she had paid off a board member to get her daughter working again. 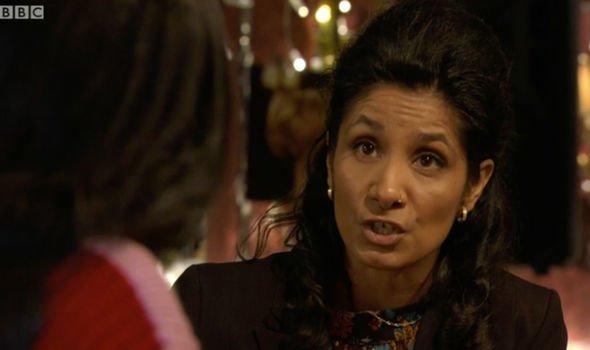 Furious, Ash entered into a bitter showdown with her mother as she said: “Don’t pretend like you did this for me.

“You’ve never done anything for me, for any of us and look what you did to Jags. It’s always about you, isn’t it?

“Your agenda, your pathetic attempts to control everyone and I know why as well. You’re jealous because I have got a successful life.

“I can be with whoever I want to be with and you, all you will have is a lifetime of bitterness,” Suki’s daughter remarked as the matriarch began to whimper. 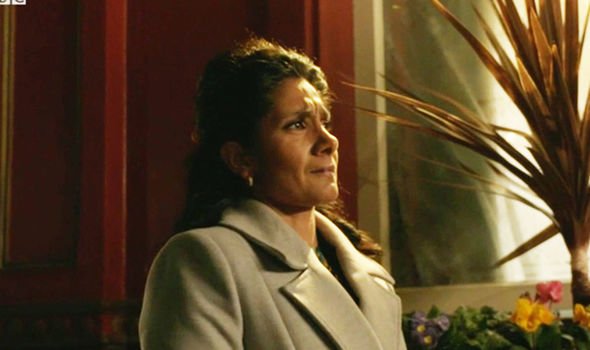 Ash continued as she told the mother-of-four: “You think you’re something special, don’t you? Well, you’re not.

“You’re nothing, mum. You’re no one,” the doctor declared, with Suki looking the most broken she has ever been since first appearing on the show last year.

Kheerat Panesar (Jaz Deol) then asked his mother if she was ok before the matriarch of the clan walked out of the pub.

The camera followed her as she tried to hold back the tears, feelings worthless after her daughter’s cruel comments.

Next week, Suki’s past will be explored as the Panesar family become the centre of a racist hate campaign, targeting the clan’s businesses.

Viewers will have to wait and see what the matriarch reveals but this is the most vulnerable the character has ever been.

Reflecting on her life and her position within the family after Ash’s cruel remarks, the battle-axe could decide it’s time for her to leave the Square.

After almost a year and a half of navigating the Panesars through some tricky situations, will Suki walk off into the sunset as she makes her exit from the show?

EastEnders continues Monday at 8:05pm on BBC One.