EastEnders: Rainie agrees to let Bernie be her surrogate

Rainie (played by Tanya Franks) has been involved in a surrogacy storyline recently on EastEnders as she and her husband, Stuart Highway (Ricky Champ) have been desperate to have a baby of their own. At the same time, she has wanted to ensure she enjoys raising her adoptive daughter, Abi Branning – a child with whom she shares custody with BBC soap Casanova, Max Branning (Jake Wood). However, with the latter kidnapping his granddaughter and Rainie’s future crumbling before her eyes, will she strike a deal with Linda (Kellie Bright) to raise the landlady’s baby as her own?

Linda recently discovered she was five months pregnant and it wasn’t long after she made the realisation it was Max’s baby she was carrying.

Mick Carter (Danny Dyer) and her daughter, Nancy Cater (Maddie Hilly), have been extremely supportive of her and have agreed to welcome the child into the family as one of their own.

However, Thursday night’s episode of the weeknight drama saw the landlord of the Queen Vic express some worries about raising another man’s child.

His daughter urged him to speak to his wife about how he really feels but at the same time, Rainie was meeting with a potential surrogate.

Under the allusion Abi was being returned to her later in the day, the mother-of-one wanted to make sure the future looked bright for the family. 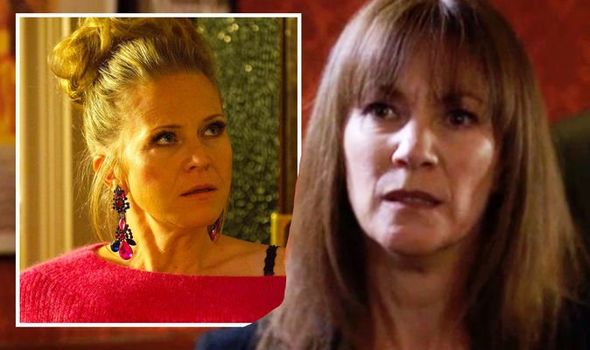 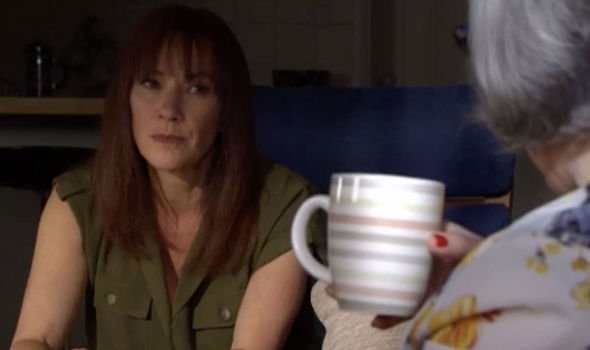 Stuart and his wife have agreed to let Bernadette Taylor (Clair Norris) be their surrogate but they just wanted to get another option in the can.

Rainie met with the potential new surrogate at Walford East and it seemed like everything was going really well.

That was until her grandmother-in-law Vi Highway (Gwen Taylor) interrupted the conversation and raised a few questions of her own.

This scared off the potential surrogate and back at the flat, the two women had a war of words about bringing another child into the family setup.

After it seemed they made some headway, Vi pulled a toy bear out of her bag as a gift for baby Abi when she returned. 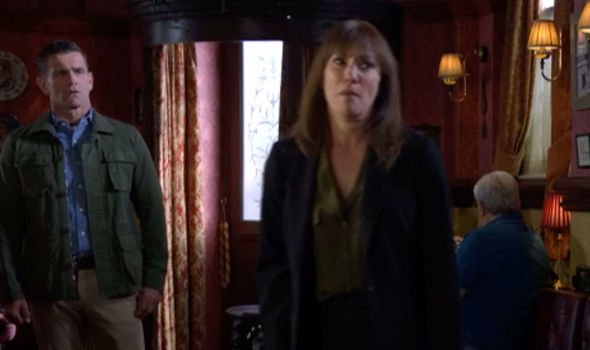 I want my little girl back

Vi said: “I can’t say I’ve missed the little pest but my heart goes out to her if you’re the best option she has in this world.”

“That’s sweet. I just want to be able to give her a little brother or sister, a proper family,” Rainie explained.

Towards the end of the episode, the two women were seen sitting with Stuart in the pub as they awaited baby Abi’s return.

Jack Branning (Scott Maslen) walked into the Queen Vic and Rainie’s smile beamed as he was meant to have her daughter in his arms.

She soon realised everything hadn’t gone to plan when she asked Max’s brother: “Where’s Abi?” 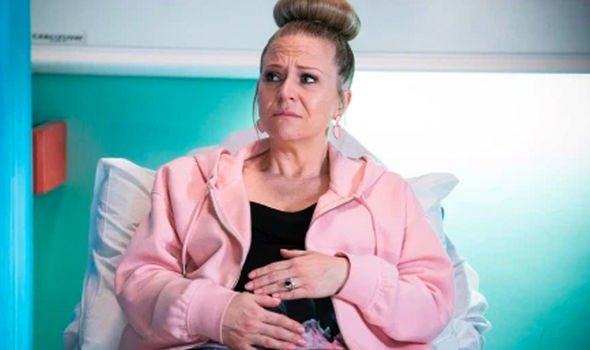 Stuart got up from his seat as he realised his wife had become unsettled and Jack said: “Max’s run off with her.

“I’m so sorry,” he added whilst behind the bar, Linda overheard that the father of her baby was a kidnapper.

Seeing the mother-of-one so distraught and knowing her husband might not be totally on board with the pregnancy, Linda could come to a decision.

Having had four children of her own already, she could begin proceedings to have her child adopted.

Rainie might not necessarily know the meaning behind this plan right away but Linda could explain she wants her baby to go to a loving home.

The landlady could hold back the fact Max is the father but she would want the child to have some connection to the Branning clan.

This way, Linda would know the baby is being adopted by parents who want it and who would give it the best start in life.

With the actress who plays Linda, Kellie, 44, set to make a temporary exit from the show in the coming weeks, this could be part of the departure.

Not wanting to see her child be raised by another couple in the early days of its life, she could decide to take some time away from the Square.

Stuart and his wife would have ample time to spend with the tot as they welcome it into their family, whether baby Abi is back or not.

EastEnders has explored a similar storyline like this in the past involving Linda’s best friend, Sharon Watts (Letitia Dean).

The stalwart’s birth father, Gavin Sullivan (Paul Nicholls), gave her up for adoption when she had just been born.

Den Watts (Leslie Grantham) took her on as his own, so would Rainie be willing to do the same with Linda’s baby?

EastEnders continues Monday at 8:05pm on BBC One.