EastEnders: Chelsea and Kim Fox get revenge on Dwayne

Sonia Fowler’s (Natalie Cassidy) father Terry Cant (Brian Conley) turned up out of the blue in EastEnders after receiving a letter from his long lost daughter last year. The ladies man has made it clear he’s got his eye on Kathy Beale (Gillian Taylforth) but will the romance result in a robbery scandal for the cafe owner?

In this week’s episodes of EastEnders, which are available on BBC iPlayer, Terry attempted to impress daughter Sonia and Kathy.

After failing to her Sonia with a plumbing problem, the nurse agreed to a Father’s Day lunch.

However, his efforts to win over the cafe owner did not go as planned.

But, when Terry discovered Kathy’s great-granddaughter Abi had gone missing, he stepped in to help. 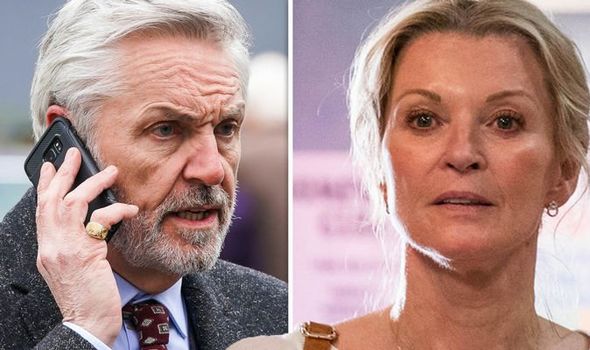 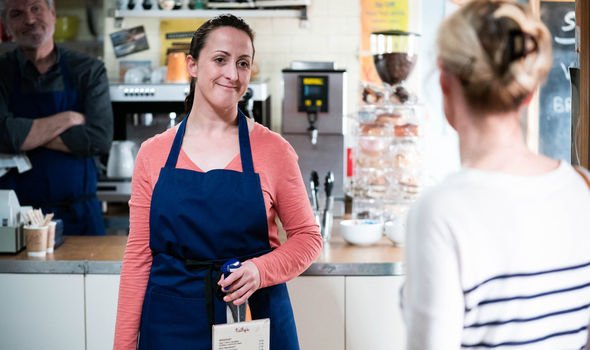 Terry offered to cover the cafe for Kathy along with Sonia so she could speak to Rainie Highway (Tanya Franks).

Sonia was overjoyed when she overheard her dad singing her praises to customers.

While Kathy was impressed by Terry’s kind actions and agreed to go on a date with him.

Meanwhile, before his lunch with Sonia, Terry went for a drink in the Queen Vic and was pounced on by Shirley Carter (Linda Henry). 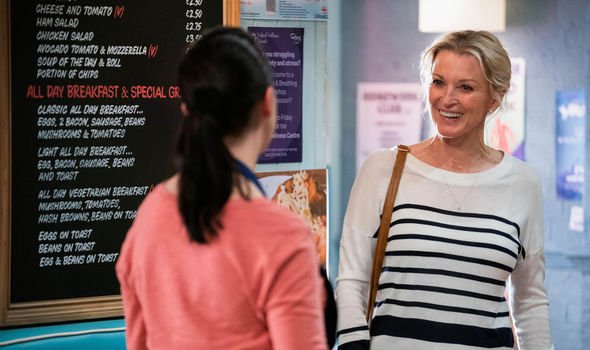 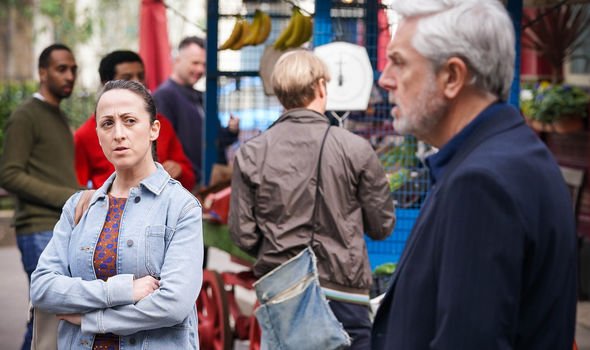 Terry agreed to have a quick drink with the Carter matriarch while making sure to keep an eye on the time.

But unbeknownst to him Nancy Carter (Maddy Hill) and Frankie Lewis (Rose Ayling-Lewis) had spiked his drink to keep him from making his lunch appointment.

Could his eagerness to drink with Shirley prove he isn’t serious about Kathy?

Sonia was furious with her dad for forgetting about their lunch and warned him to stay out of her life.

However, the nurse warmed to Terry when he made a special effort to make her dinner to say sorry.

Terry suggested the pair take a picture together but Sonia was alarmed when she stumbled across some troubling images on his phone.

The new arrival had several pictures of houses and flats seemingly located in the square.

Could the real reason for his interest in Walford be connected to a planned robbery?

Kathy may find herself caught up in the criminal behaviour and Terry may even be using the cafe owner to secure an alibi.

EastEnders fans certainly hope this isn’t the case as many viewers hope Terry will bring happiness for Kathy.

One tweeted: “#EastEnders I’m loving Kathy and Rocky together. Kathy has a hard shell to crack and I feel that it could be a real slow burner. However, I’m fond of the potential there and I’m curious to see how this develops going forward.”

“I like Terry and Kathy but Terry seems like he’d cheat on her and I don’t want that for our queen. #EastEnders,” another wrote.

Someone else shared: “I’m quite invested in Rocky and Kathy, I think they’ll be great together, as long as he isn’t a charlatan! #EastEnders.”

“I think Terry is more interested in the businesses than Kathy #EastEnders,” a fourth added.

Another remarked: “Terry trying so hard to win Kathy over #eastenders.”

EastEnders episodes are available to watch on BBC iPlayer now as a boxset due to the Euros.