Jack Branning (played by Scott Maslen) convinced DI Steve Thompson (Philip Wright) to hand over all of the incriminating evidence he had on Phil Mitchell (Steve McFadden) before he retired earlier this year. The detective used the USB to force Phil to stay away from Denise Fox (Diane Parish) and her son Raymond. However, in light of Max Branning’s (Jake Wood) blackmail, EastEnders fans have noticed a huge plot hole which suggests Jack is working with, not against Phil.

Jack convinced his colleague it wasn’t worth trying to take down Phil as he’d only find a way to free himself of any charges.

However, Max showed Phil the USB contents and demanded he hands over the Queen Vic to the Carters in a bid to win back Linda Carter (Kellie Bright).

Meanwhile, Denise had a change of heart and has allowed Phil to have limited contact with their son.

But, EastEnders fans are curious as to why Thompson didn’t hand the evidence over to the police if it was so damming. 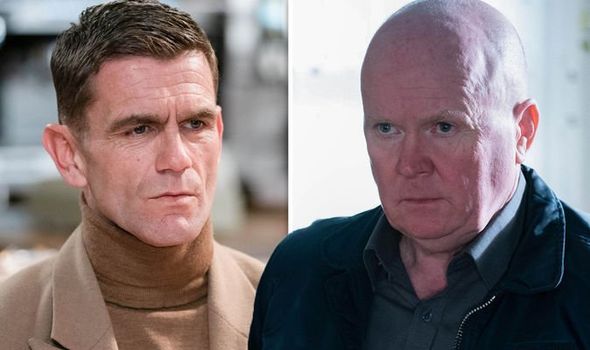 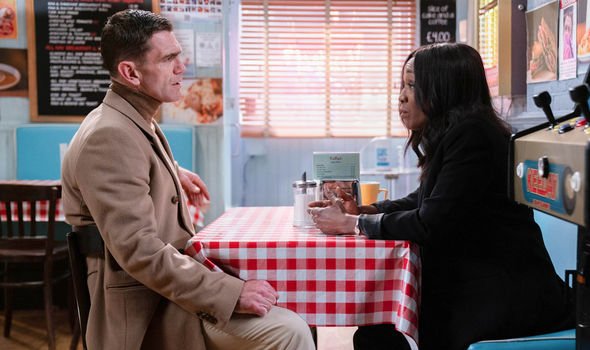 Another fan replied: “He used it to blackmail Phil to stay away from Denise and Raymond. Said he’d hold onto it as leverage.”

While someone else pointed out: “So DI Thompson destroyed his own career trying to bring down Phil, blackmailed Halfway to try to make it happen, then retired and passed on all the evidence he had on a USB stick. 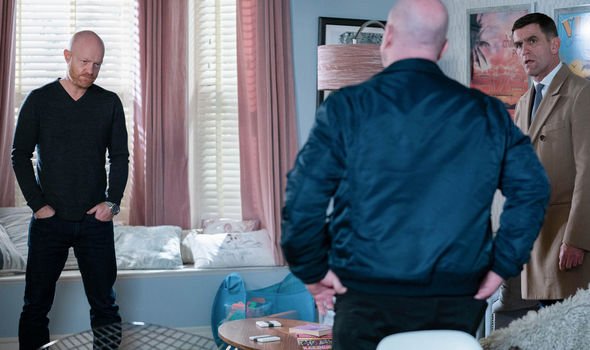 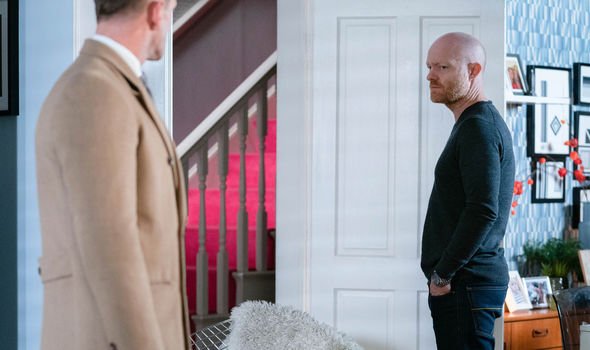 “If there’s enough stuff on the USB stick to put Phil away for 20 years, why didn’t DI Thompson use it to bring down Phil instead of going through that whole painful half-baked undercover Halfway storyline?”

The trainee policeman had been forced into spying on Phil to protect Ben Mitchell (Max Bowden).

Thompson warned if he didn’t help him get evidence against Phil, he’d make sure his career was over and Ben would be sent to prison.

EastEnders fans believed Jack convinced Thompson to handover the USB to him to protect Callum and Denise.

However, if the detective knew the evidence would have definitely put Phil behind bars, why didn’t he let his colleague follow through with his vendetta?

Has Jack been secretly working with Phil all this time while pretending to despise the dodgy dealer?

Jack broke up with Denise last year because he was afraid of his daughter going off the rails if Phil had a strong presence in her life.

The pair subsequently got back together and Denise softened to the idea of allowing Raymond’s dad into his life.

There’s been no on-screen clash between the couple over Phil and yet Jack’s hatred of him was enough to split the couple up.

Does Phil know something about Jack that the policeman would rather keep quiet or is making sure the Mitchell hard man remains a free man beneficial for them both somehow?

EastEnders continues on BBC One tonight at 7.35pm