Keegan Baker (played by Zack Morris) has been feeling rather hopeless recently on EastEnders after a number of setbacks with his food truck and an arrest after he was racially profiled by the police. At the end of last week, Karen Taylor (Lorraine Stanley) saw a completely different side to her son that worried her. Could the two be set to exit the Square for good as Karen tries to protect her son?

Keegan has had a rough few months on the Square after a number of incidents with the police who have racially profiled the young man and being mistaken for a drug dealer by a customer at his food truck.

After months of bad luck, it all got too much for Keegan and he just needed some time alone.

In the last episode recorded before the UK lockdown was announced, Karen made him dinner but Keegan declined the offer.

He said: “I’m sorry, I just need some headspace. Is it alright if you just go away for a bit?

Without a pause, Karen replied: “No. Never have, never will. Anything else you want to ask?” 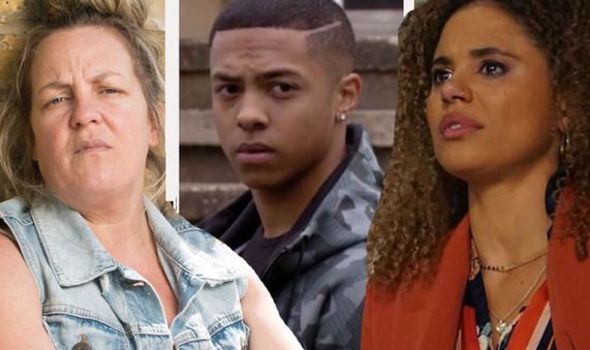 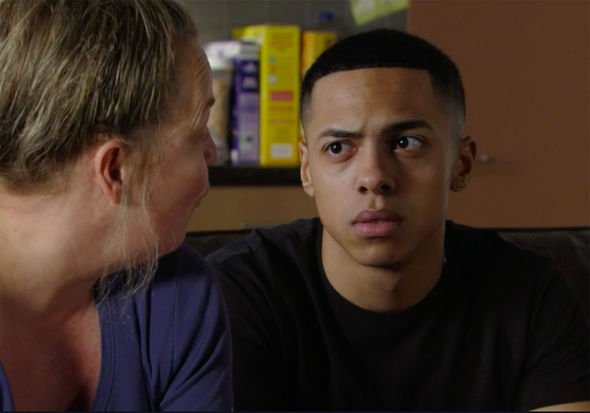 Keegan said nothing but shuffled up the sofa and put his head on his mum’s shoulder.

Karen kissed him on the head but looked concerned seeing her boy so down. Could the two be leaving Albert Square for good as the mother continues to worry about her son’s mental and physical safety?

A couple of months ago, Tiffany Butcher’s (Maisie Smith) wedding ring was snatched off her finger by a mugger.

Keegan gave chase but he was tackled to the floor by the police who assumed he was the trouble maker.

As Mitch Baker (Roger Griffiths) tried to calm his son down, Keegan hit out saying he was only being targeted because of his race. 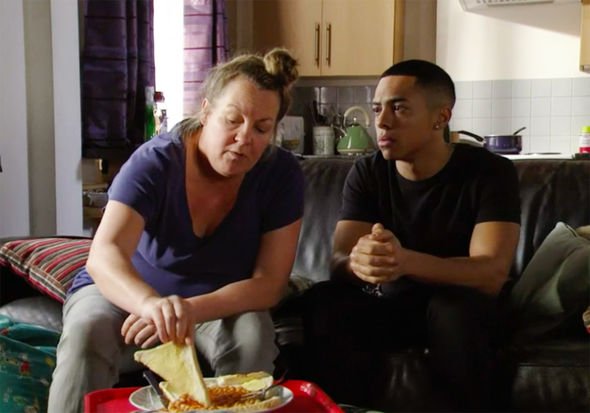 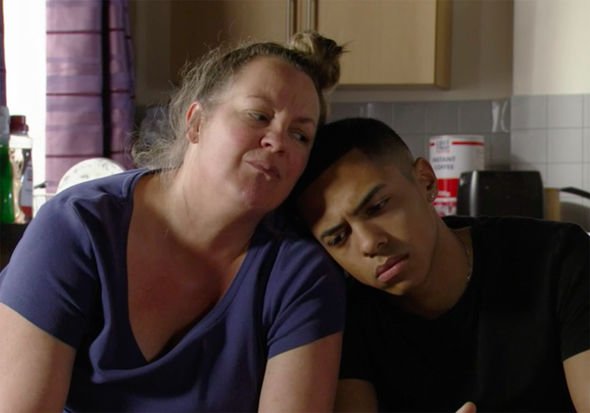 Then, when Vinny Panesar (Shiv Jalota) and Dotty Cotton (Milly Zero) decided to throw the party to end all parties, the police quickly got involved.

Keegan and Tiffany were on their way to the party when everything started kicking off.

In a bid to keep Tiffany safe, Keegan grabbed his wife and the two ran in the opposite direction but this made the police think the entrepreneur was in the wrong and he was once again tackled to the ground.

It was a lot more serious this time though as police tried to make out Keegan had thrown a brick at a police car.

Tiffany brought Jack Branning (Scott Marsen) in to work out what had gone wrong but he wasn’t sure he police pals were making it up.

Once the dashcam footage was finally discovered, Keegan was found innocent and Jack was forced to apologise.

To top it all of, a couple of weeks ago, Keegan was mistaken for a drug dealer.

Tiffany went off at the bloke who had approached Keegan, only to provoke him more, and later he came back to the food truck with his mates and destroyed it, leaving the businessman broken and without any hope for his future.

However, with Karen so worried about her son, this could be it for them on Albert Square as she hasn’t exactly had an easy time either over the last few months.

Not only did she have to deal with her son Keanu Taylor (Danny Walters) making an enemy of the Mitchell family, but she was also handed her grandson Kayden when Sharon Mitchell (Letitia Dean) admitted she couldn’t cope.

Combine this with a love triangle between her, Billy Mitchell (Perry Fenwick) and Mitch, everything points to the Taylor/Baker family needing a break.

Could this be it for Keegan and Karen on Albert Square and do they need a new start somewhere that isn’t tainted?

EastEnders can be streamed on BBC iPlayer and BritBox.