The police officer – played by Tony Clay in the BBC soap – and his colleague Fitzy went around to the cleaner's house to question her about the attack. 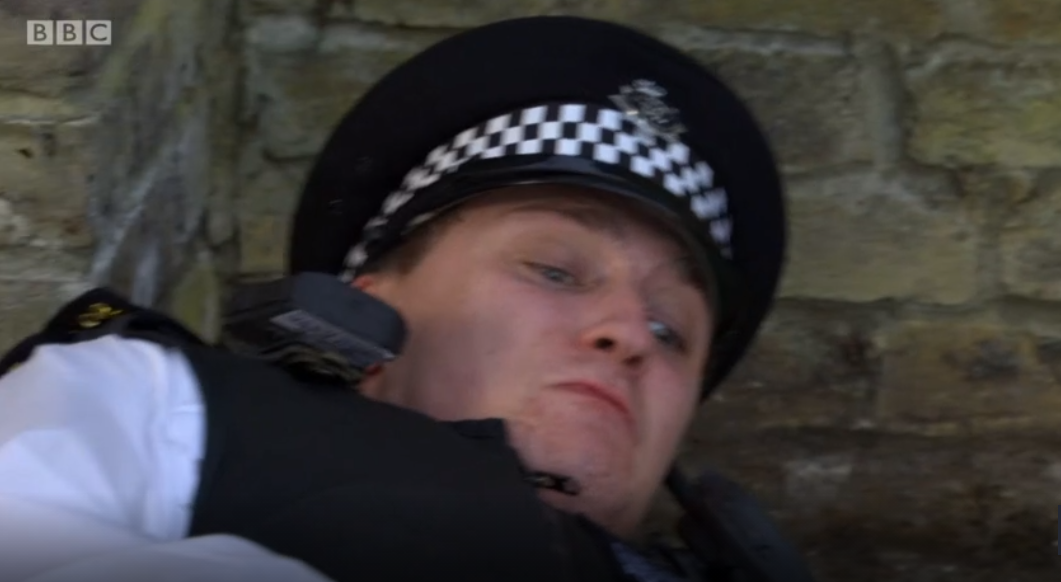 While Callum was getting all the details off Kat (Jessie Wallace) about the incident, his father-in-law Phil Mitchell (Steve McFadden) stormed and questioned him about why he was in her house.

The pair haven't seen eye to eye since he found out that Callum was working with the rest of the force to try and get him sent down once and for all.

Since then Callum's husband Ben (Max Bowden) and the rest of the Mitchell family have been trying to get him to quit his job.

Once Callum and Fitzy got all the information they needed they had a wander around the Square to see if they could find anyone to fit Kat's description. 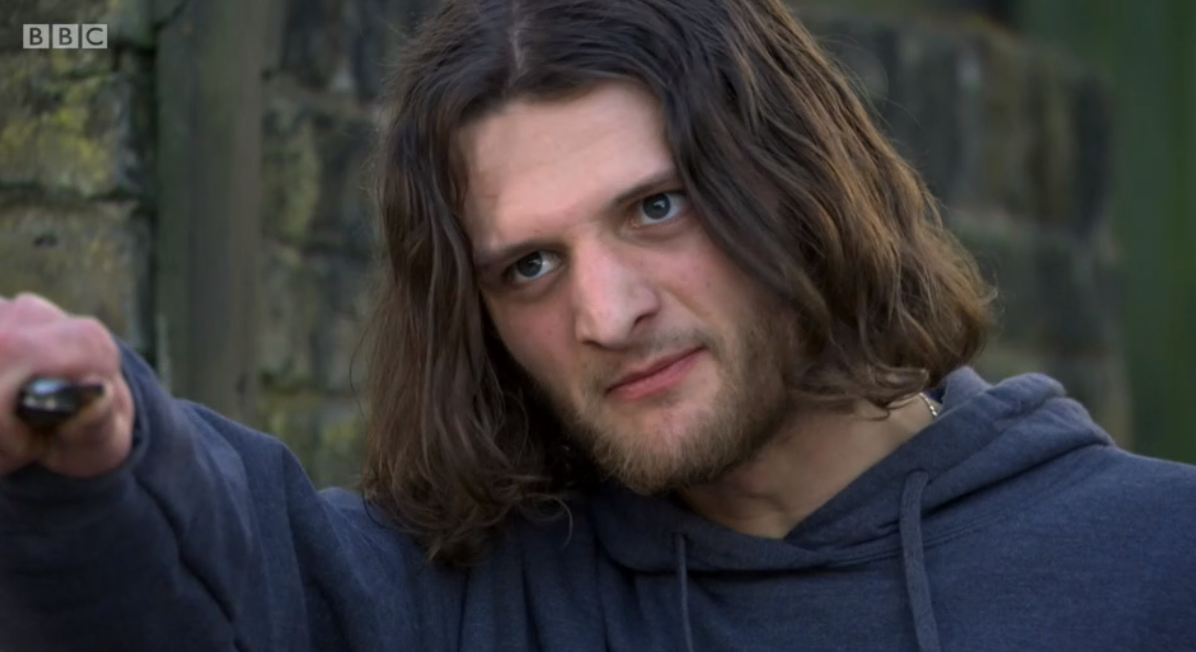 They didn't have much luck finding him and Fitzy was keen to get back as he was excited about his evening plans – as he was going to propose to his girlfriend.

Fitzy said: "Come on Cal, we've only got 15 minutes left of our shift, lets just call it a day?"

Callum replied: "What did you join the service for? Sit around and just wait for cases to just fall into your lap?"

But Fitzy made a good point that the mugger probably wouldn't hang around and would try to get as far away as possible. 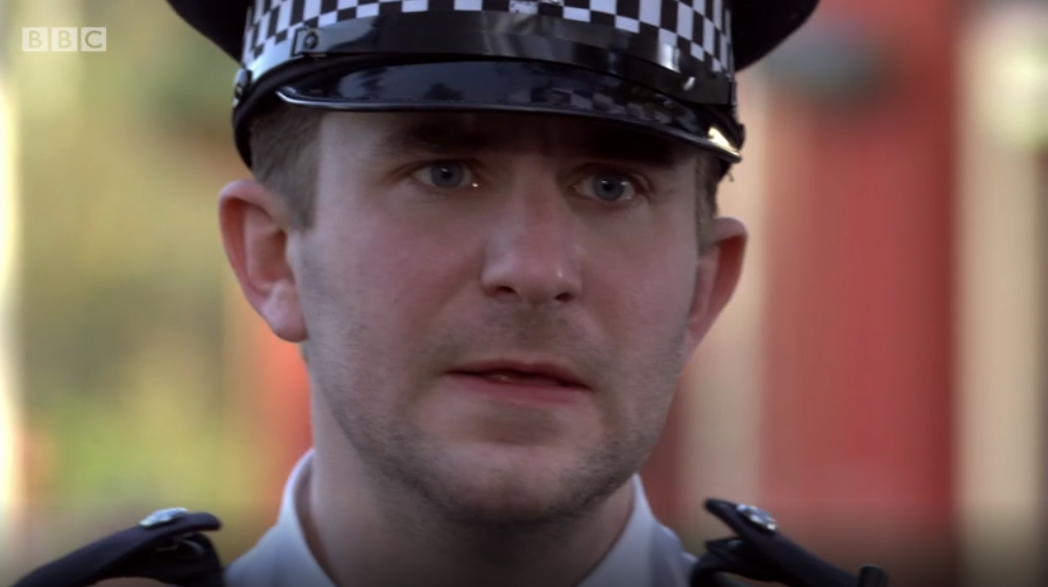 He continued: "All I'm saying is we've been rocking around here for ages, the blokes not going to return to the scene of the crime is he? That's the first rule of crim club ain't it?"

But Callum was keen to try and find the culprit.

Fitzy then realised why he was so keen to catch Kat's mugger.

He told Callum: "You don't have to prove yourself to someone like Phil Mitchell. Bald and angry from earlier? He's your father-in-law right? 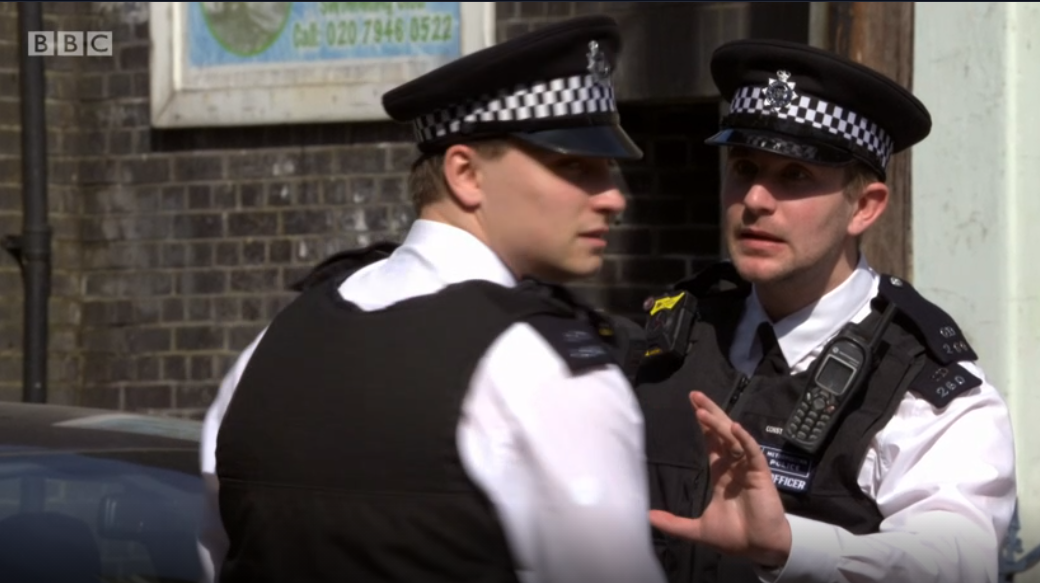 "Oh come on Cal, I've only been in the firm five minutes and I already know who he is.

"The trouble you and your fella are going through, it's between you two. Not him. You're the good guy and he's the bad guy, so why should you change what you do to make him happy?"

He continued: "Look I've got a table booked, I've got it all sorted, I really can't be working late tonight Cal. Let's call it a day, yeah, please?"

As Callum was just about to turn away he spotted a man that looked exactly how Kat described.

But Fitzy wasn't keen on going to investigate.

He told his pal: "Look if we get this wrong I ain't got time to write this up, lets just call it in."

Callum was also desperate to show him that Phil hadn't got inside his head and said: "Look this ain't all I am… but it is what I do and it's what we do. That's why I'm nicking him today with or without you."

Fitzy smirked and said: "Come on then, lets have him!"

The crook spotted the two heading towards him and made a run for it.

When they thought they'd lost him, Fitzy shouted over to his mate: "Cal have you seen him?!"

Fitzy turned around and the mugger stabbed him in the stomach with a knife.

He told Callum: "You ain't taking me nowhere."

Fans of the show were left heartbroken by the ordeal as Fitzy was so excited for plans that evening.

A second said: "Fitzy has to survive cosI cannot bear to see how much it'll devastate Callum and how much he'll blame himself."

A third added: "I don't usually care about guest characters but I like fitzy. They give a personality which is always good. I hope he sticks around!"