The couple, who are now ­expecting their first child together, said they were left “shell-shocked and numb” by the tragedy eight months ago. 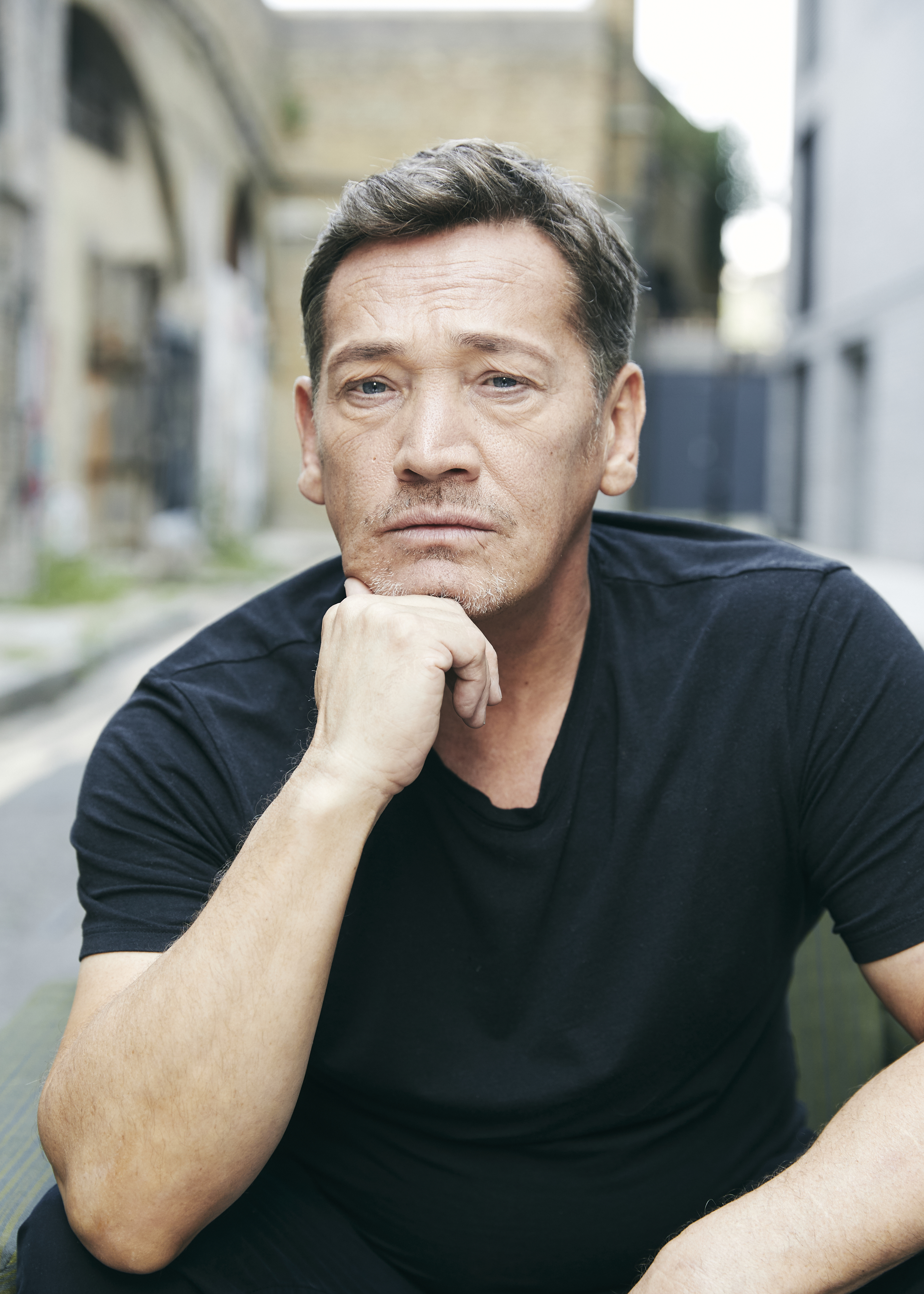 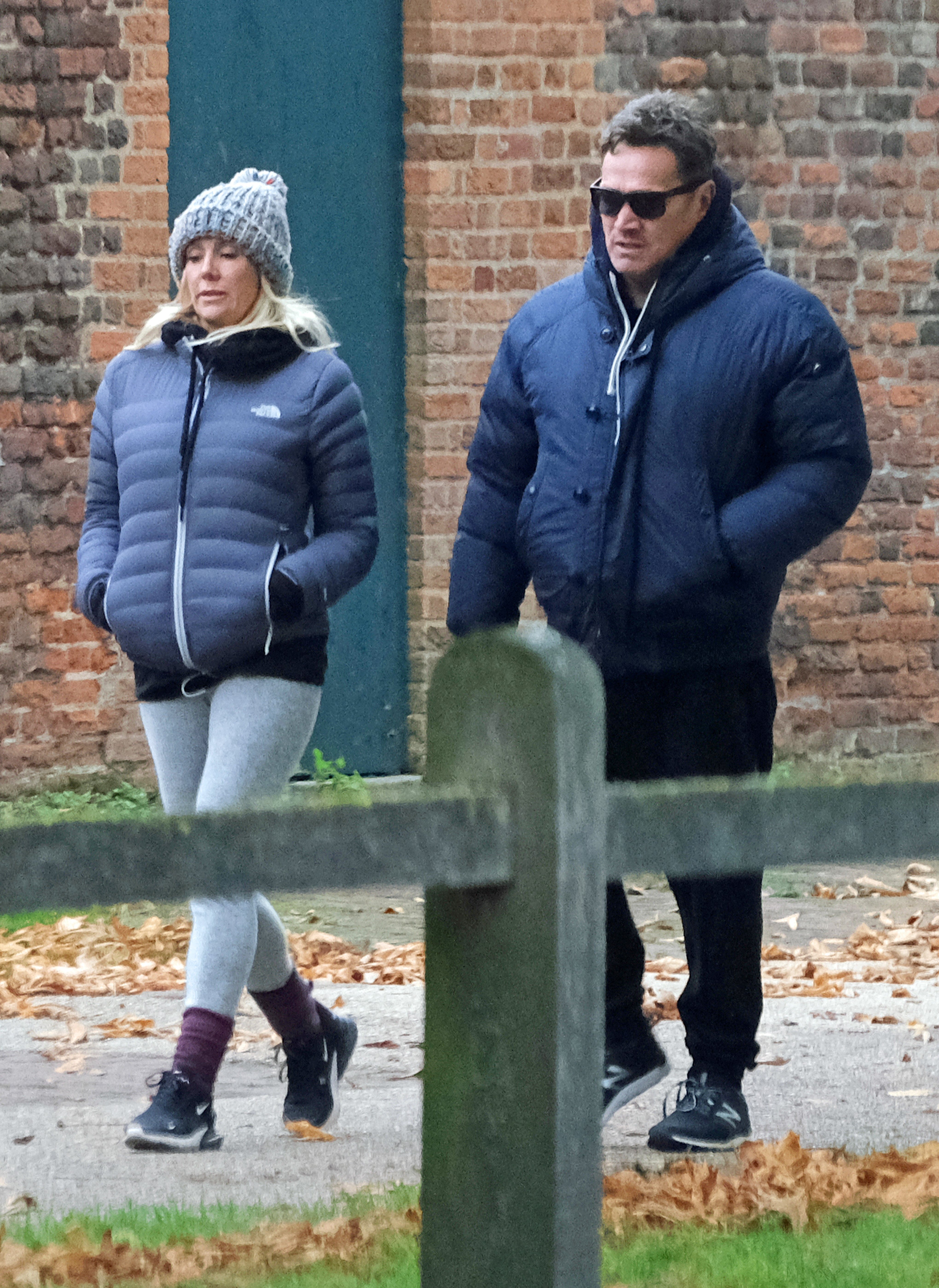 Sid, 49, who played Ricky Butcher in the BBC1 soap for 24 years, revealed he struggled with his mental health afterwards and he backs The Sun on Sunday’s Miscarriage Of Justice campaign, which has called for better care for women after EVERY miscarriage.

In an exclusive interview, the couple told how they helped each other through the ordeal.

Waitress Victoria, 42 — a mum of two already — credits Sid with helping her to cope with the shock.

Sid, who reconnected with old flame Victoria on Facebook late last year, was overjoyed when she became pregnant unexpectedly and he was set to be a first-time dad.

But at almost nine weeks she lost the baby. Victoria, who first met the star more than 20 years ago, recalled: “One evening I noticed there was some light bleeding.

“Instinctively I was worried because when you’re pregnant it’s an ­immediate cause for concern.

“It got progressively worse through the evening and I had pain in my abdomen, I couldn’t sleep and my mind was racing.

“The bleeding got heavier and didn’t stop, so the next morning we went to the hospital.

“I was pouring with so much blood, I was surprised they were able to use a probe.

“They told me I’d lost the baby as there was nothing there and was just sent straight home.

“I felt so shocked and numb. I was bleeding for days after and it was bewildering, I didn’t know what to do with myself.

"It would be great to have had a follow-up appointment, but as things stand you don’t get anything.

“Looking back, I was in so much shock after I was discharged.

“Nobody reaches out or gets in touch after that. It’s lonely.”

After two hours at Guy’s Hospital in central London, Victoria was discharged, with some sanitary pads, and the couple went home.

Sid was overcome with such depression and feelings of helplessness that he felt he could not leave the house for several days.

He said: “Afterwards I remember Vic telling me, ‘I’m sorry’, because she felt guilty. Of course I didn’t blame her at all — we were both feeling emotional.

“I didn’t know what to say or do. I could have done with some advice or someone to talk to. I felt empty and helpless.

"We were so excited and then suddenly it felt like we had lost everything.

“I was trying to be strong for Vic. I felt I couldn’t break down as I wasn’t in physical pain, but ­emotionally I was in pieces.

“I was so attached to this idea of our baby. There wasn’t a day that passed when we didn’t speak about the baby. It was a grieving process.

“It took the emotion out of me. I felt numb and didn’t want to go out or see anyone. It took a real toll on my mental health.”

Sid continued: “After the miscarriage it just ­solidified us wanting to have a baby.

“Not only that, I realised I wanted to marry her. Our dedication to each other was never an issue and we did not leave each other’s side.

"We then decided we would try IVF if ­necessary, so it was a miracle we got pregnant so quickly naturally. We are so thankful.”

Victoria said: “I felt so sorry for Sid as it was his first experience of a baby. He was in shock and I felt he needed someone to talk to, but he was brilliant with me and very caring. It changed our ­relationship for ever.

"We were ­connected and he was the only other person who knew how I felt.

“We couldn’t believe I was lucky enough to get pregnant again just two months after my miscarriage. We were extremely fortunate.

“Sid was worried about me going through another miscarriage as it was so traumatic. I can’t imagine what people must feel like when they have it happen multiple times.”

The couple are now eagerly awaiting their baby’s birth in ­January and are keeping the sex a secret for now.

In his recent ­autobiography From Rags To Ricky, Sid wrote about growing up in poverty, and how his dad went to prison for robbery and his mum died when he was just eight.

Now he has vowed to be the best dad possible, and insisted: “I want to bring my child up with both ­parents, keep them grounded and be there for them.

“I’m worried I’m going to spoil them — we’ve bought 40 outfits already. I’m ready to go and I’m keen to learn on the job.”

The Sun on Sunday’s Miscarriage Of Justice campaign calls for better care after one miscarriage — not three, as under current rules.

Thousands of readers have signed our petition and last month the Royal College of Obstetricians and Gynaecologists issued new guidelines about providing support after ANY miscarriage.

Now you can add your name to the massive petition to the ­Government with the charity Tommy’s, calling for vital changes to miscarriage care.

You can aid campaign 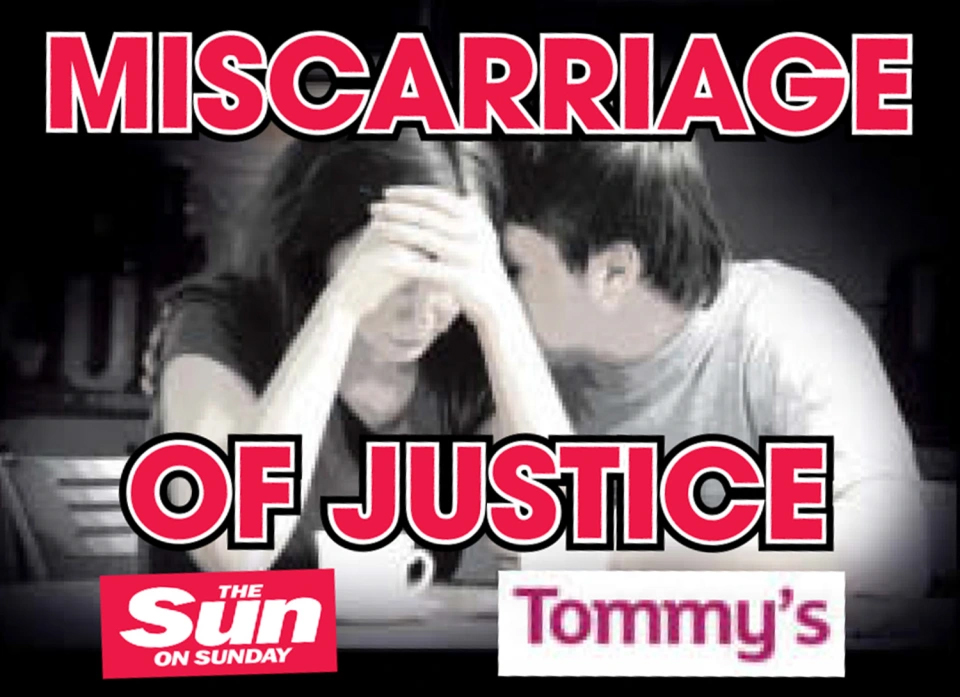 AROUND 250,000 women a year suffer a miscarriage in the UK. But as things stand, victims are only entitled to specialist treatment or counselling after they have lost three pregnancies in a row.

The Sun on Sunday – in conjunction with charity Tommy’s – is calling for better miscarriage care and asking you, our caring army of readers, to sign a petition calling for the ­Government to overhaul the system.

We are saying better support should be available after EVERY miscarriage – not just after three in a row.

We call for  mental health support to be provided where necessary. Our campaign – which has been backed by stars including Myleene Klass – wants the postcode lottery ended so tests and treatments are standardised nationwide. 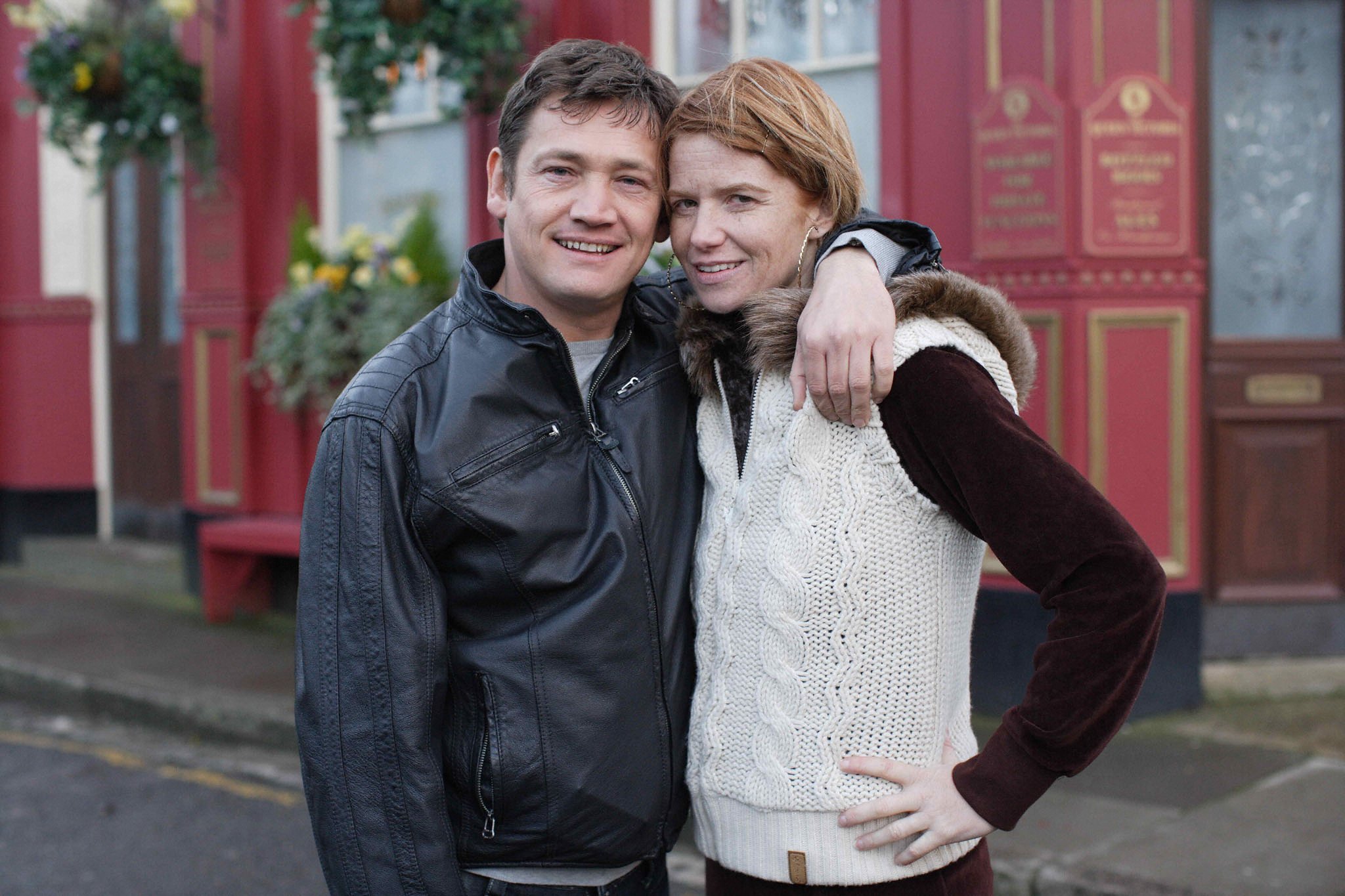 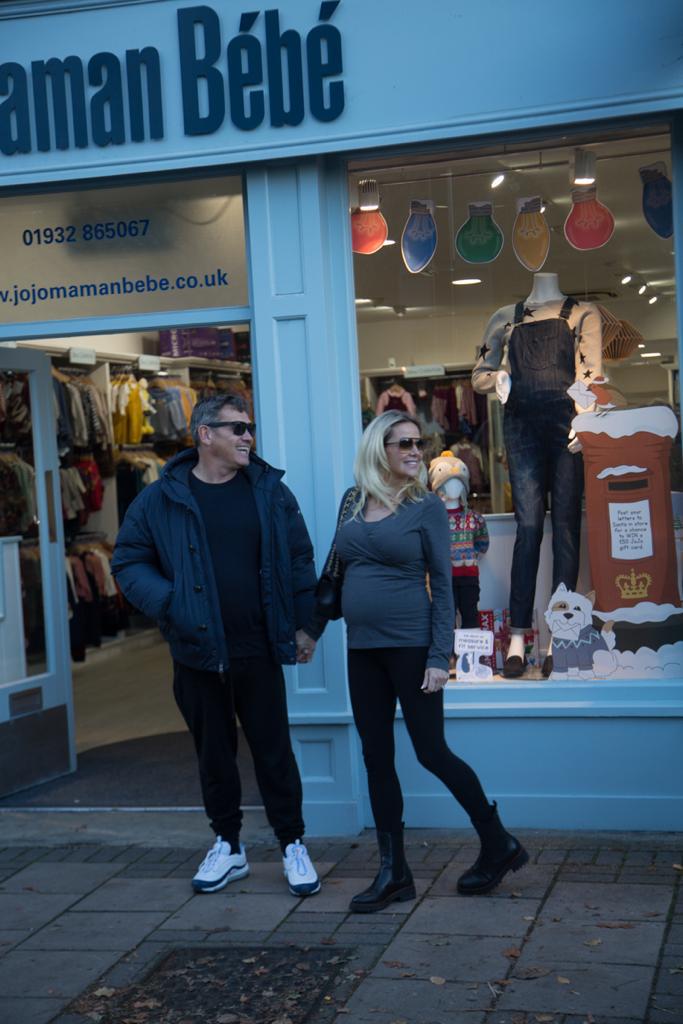