Tonight’s episode of Dublin Murders saw Rob (played by Killian Scott) and Cassie (Sarah Greene) delve deeper into the community of Knocknaree as they tried to solve the murder of Katy Delvin. The teen was found dead but without any scars or blood on an altar in the woods. As Rob and Cassie try to work out what happened to Katy, viewers have been trying to work out what the pair are hiding themselves.

Last week, it was revealed Rob is actually Adam, who as a young boy went missing with two of his friends, Jamie and Peter.

Rob is desperately trying to keep the details of his identity secret, with Katy’s body showing up in the woods where Jamie and Peter went missing in 1985.

The detective was shipped off to boarding school in England but has returned to Ireland to work.

Fans know exactly what happened to Rob and who he really is but Cassie’s real identity has only been teased. 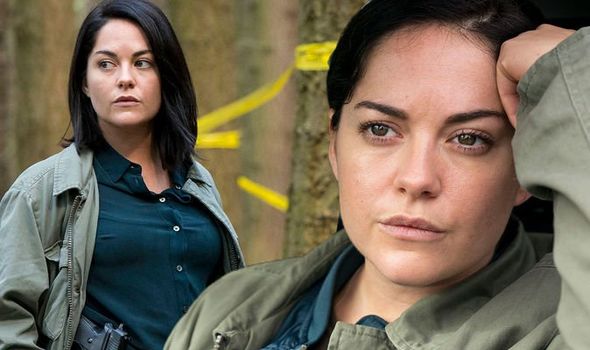 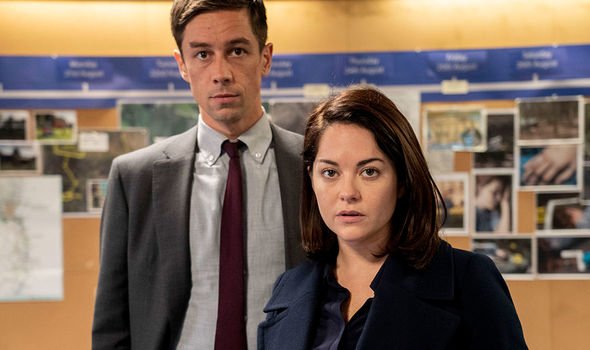 The second instalment showed a mysterious man show up at her home and warn her someone had been using her identity.

Cassie’s real name was revealed to Lexie – but why is she hiding who she is?

She was warned not to reactivate her identity as it could lead to dangerous consequences but Cassie shrugged it off.

However, in a horrifying twist, the final scene showed Cassie being taken to an abandoned building. 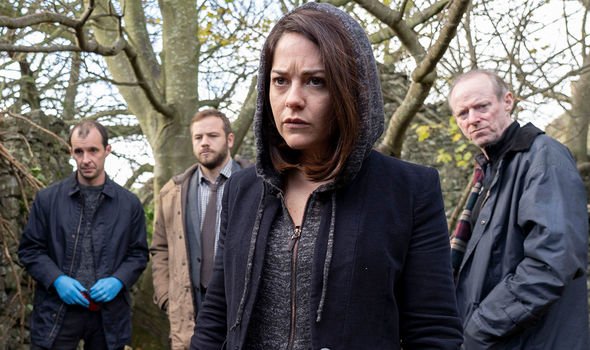 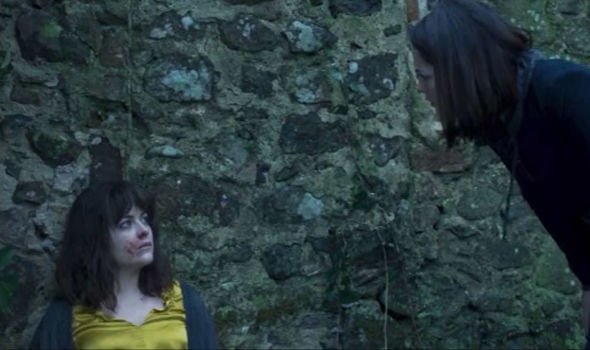 As she approached the ruins of an old farmhouse or shed, she came face to face with a woman who looked exactly like her.

But the woman didn’t appear to be alive and instead, had been left for dead in the cold.

The mysterious woman had been seen a handful of times throughout the episode but barely spoke a word.

The teaser for tomorrow night’s episode hints Cassie will learn her identity has been stolen but why?

The synopsis reads: “The discovery of Lexie’s body sends Cassie reeling back into her own past and gives us insight into why she chose the Garda in the first place.

“While the authorities search for who Lexie was, Frank and Cassie want to discover why she was murdered.

“Cassie initially resists, but a disastrous night with Rob sends her running back to Lexie.”

Will fans finally get some answers as the mystery of who killed Katy and what happened to Adam and his friends unravels?

Speaking of their characters, actress Sarah teased: “Cassie and Rob are the keepers of each other’s secrets and that kind of catches up with them.

“Her secrets will be revealed but I can’t say anymore.”

“I think it’s pretty professional and I feel like there’s a shared guilt of survival,” she added of their relationship.

Dublin Murders continues tomorrow on BBC One at 9pm.