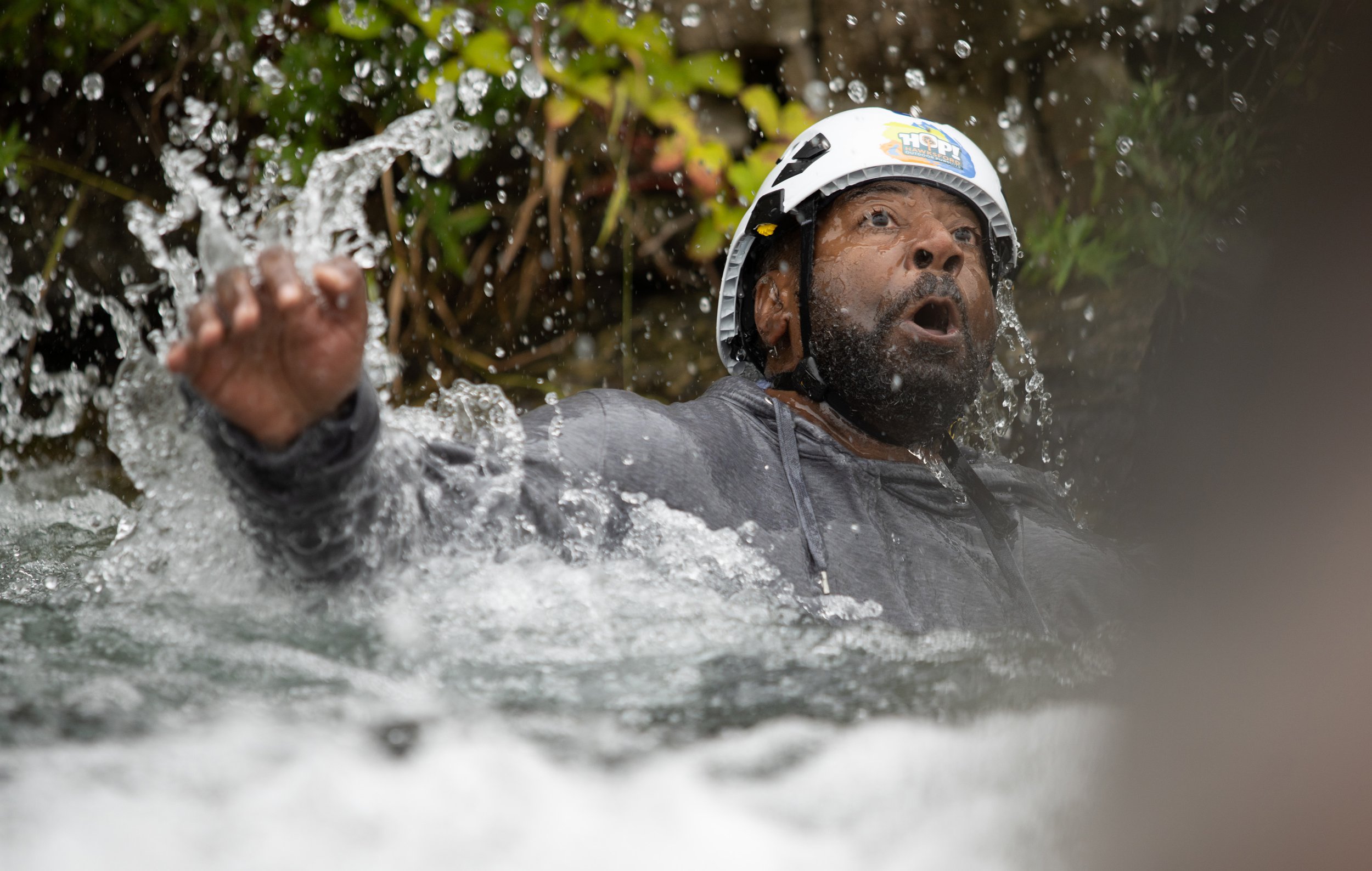 Charles Anderson (Kevin Mathurin) has been through hell since agreeing to partake in Emmerdale’s survival challenge.

The vicar has been at the centre of much of the drama, after he found himself on a rope bridge which gave way during Monday’s (October 18) edition of the ITV soap.

Manpreet Sharma (Rebecca Sarker), who also descended from the great height, was by Charles side throughout the ordeal, as they were thrown about violently in the rapids.

Charles hit his head ‘pretty hard’, and lost his helmet too, leaving Manpreet to tend to his wounds when they finally made it to safety.

His head wound was given the all clear by Manpreet, but the vicar kept quiet about another injury he sustained during the water terror, as the soap revealed a large cut on his right leg.

It appears as if this will be something of an issue going forward, but the question is: will Charles die?

Does Charles die in Emmerdale?

It is currently unknown as to whether or not Charles dies in Emmerdale, but it’s safe to assume that his leg wound will put him at risk, for sure.

As noted earlier, the cut on his leg looked incredibly deep when viewers got a close-up on it, and the ominous incidental music that played in the background indicated that this is very much something we should be worried about.

Actress Rebecca Sarker, who plays Manpreet, spoke about this new development during Wednesday’s edition of Loose Women, telling the panel that Charles’ injury is ‘not a minor’ one.

She said: ‘There’s more jeopardy in terms of, I mean, one little snippet I can give you I suppose is that we’ve just seen that Charles has noticed quite a gash in his leg.

‘That proves to be, well, not a minor injury, let’s just say that.’

Much like the answer to the question posed above, there is currently no confirmation as to whether or not Kevin Mathurin is leaving Emmerdale.

The actor was cast in the ITV soap last year.

‘I am over the moon to be joining the cast of Emmerdale,’ he said at the time.

‘The show has always been a family favourite and my mum is a huge fan. The cast and crew have all been so welcoming and I am really looking forward to Charles’ storylines in the Village.’