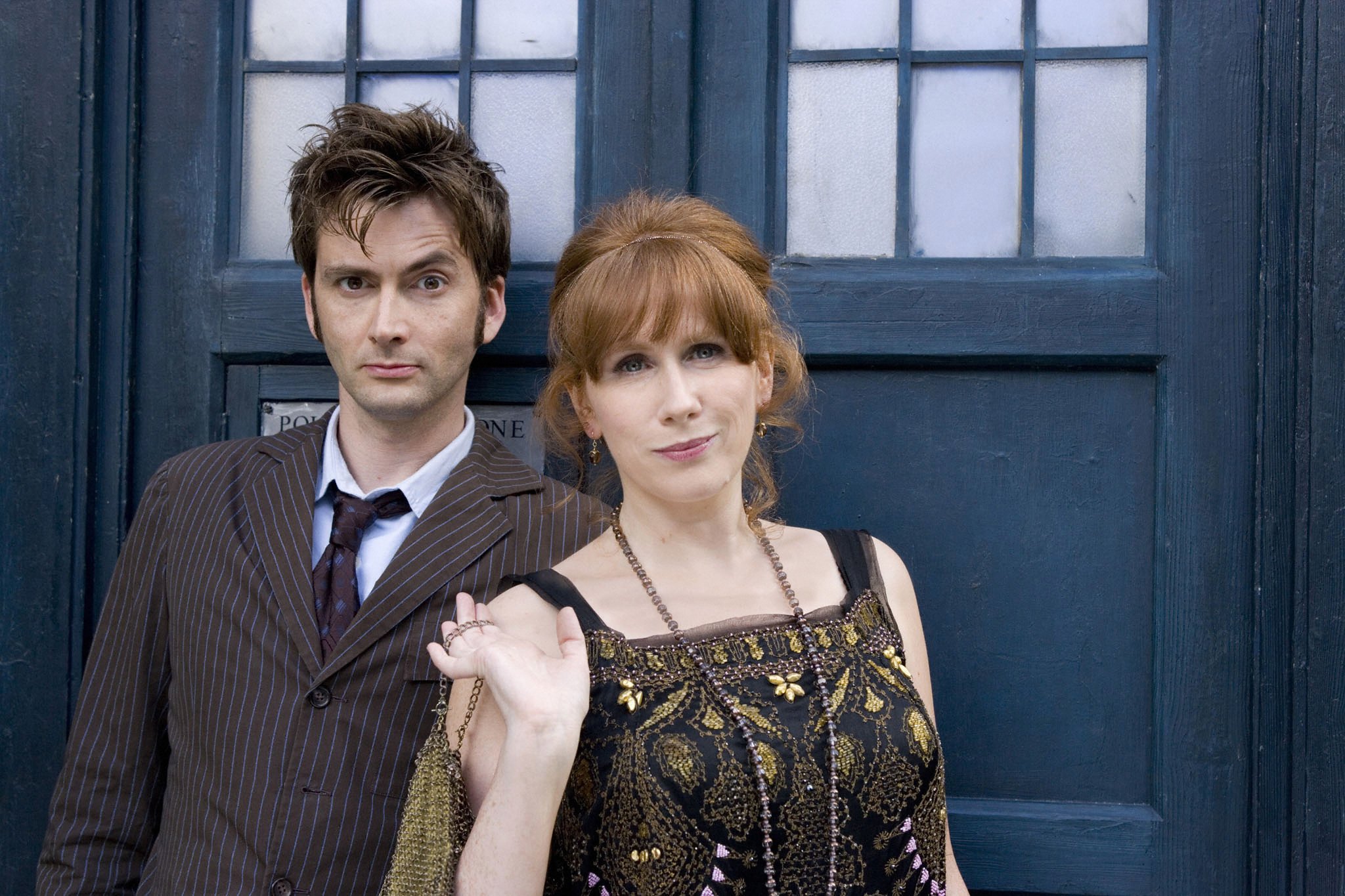 It’s official! David Tennant and Catherine Tate are returning to Doctor Who for the 60th anniversary.

The exciting news was announced with some new photos of David, who played the 10th Doctor, and Catherine, who starred as companion Donna Noble.

Showrunner Russell T Davies announced the exciting news, writing: ‘THEY’RE BACK! The Doctor and Donna! But… how?! He wiped her memory! If she remembers, she’ll die!

Teasing the announcement minutes before, the Doctor Who social accounts posted an image with two hearts, a plus sign, and a blue diamond (a similar image to the one they posted before the announcement of Ncuti’s casting).

Russell had commented: ‘They’re back!’

In an official statement on the Doctor Who website, Russell said: ‘They’re back! And it looks impossible – first, we announce a new Doctor, and then an old Doctor, along with the wonderful Donna, what on earth is happening?

‘Maybe this is a missing story. Or a parallel world. Or a dream, or a trick, or a flashback.

‘The only thing I can confirm is that it’s going to be spectacular, as two of our greatest stars reunite for the battle of a lifetime.’

David and Catherine last starred together on the show in 2009, with companion Donna suffering one of the most heartbreaking exits of any Doctor Who character.

Having helped save civilisation from the Daleks during her final outing, Donna was forced to have her memories of her adventures in the Tardis wiped, as the powers she had received from the Time Lord threatened to overwhelm her brain.

A synopsis teasing their Doctor Who return mentioned Donna’s memory wipe to save her life, adding that the Doctor had ‘left her family with a warning: if ever she remembers, she will die.’

It adds: ‘But with the two coming face to face once more, the big question is, just what brings the Doctor and Donna back together?’

Doctor Who is far from the only time close friends Catherine and David have collaborated: they worked on a stage version of Much Ado About Nothing together in 2011, with David also cropping up several times on The Catherine Tate Show.

The announcement comes after Ncuti was confirmed as the 14th Doctor.

He said at the time: ‘There aren’t quite the words to describe how I’m feeling.

‘A mix of deeply honoured, beyond excited and of course a little bit scared.

‘This role and show means so much to so many around the world, including myself, and each one of my incredibly talented predecessors has handled that unique responsibility and privilege with the utmost care.

‘I will endeavour my upmost to do the same.’

He continued: ‘Russell T Davies is almost as iconic as the Doctor himself and being able to work with him is a dream come true. His writing is dynamic, exciting, incredibly intelligent and fizzing with danger.

‘An actor’s metaphorical playground. The entire team have been so welcoming and truly give their hearts to the show.

‘And so as much as it’s daunting, I’m aware I’m joining a really supportive family. Unlike the Doctor, I may only have one heart but I am giving it all to this show.’

Jodie will step down as the 13th Doctor in autumn, with the regeneration set to take place in the next special of the beloved sci-fi.

Doctor Who will return to BBC One this autumn.