Actors Emma Roberts and Evan Peters were once a couple. The American Horror Story co-stars have spent a lot of time together, both on and off camera. Now that they’ve broken up, are they friendly? Let’s find out.

Roberts and Peters were a couple for quite a long time. They first met while filming Adult World, in which they play romantic interests. Shortly thereafter, they were spotted spending time together, and the rest is history.

At the time, Roberts was beginning a transition into adult roles, after breaking into the industry as the star of the Nickelodeon series Unfabulous. Peters had also just begun to make a name for himself, after appearing in the first season of American Horror Story.

They co-starred in ‘American Horror Story’

Many couples in Hollywood start off as co-stars, but typically their careers go in separate directions for the most part. However, that wasn’t the case for Peters and Roberts, who have had a chance to work together frequently on American Horror Story.

Roberts joined in the third season, subtitled Coven. Both were also in Freak Show. Roberts was busy with Scream Queens, another Ryan Murphy production, during Hotel and Roanoke, but guest-starred in Cult. Peters has been in every season until the current one, 1984, which also happens to feature Roberts in a prominent role.

Their breakup may have been messy 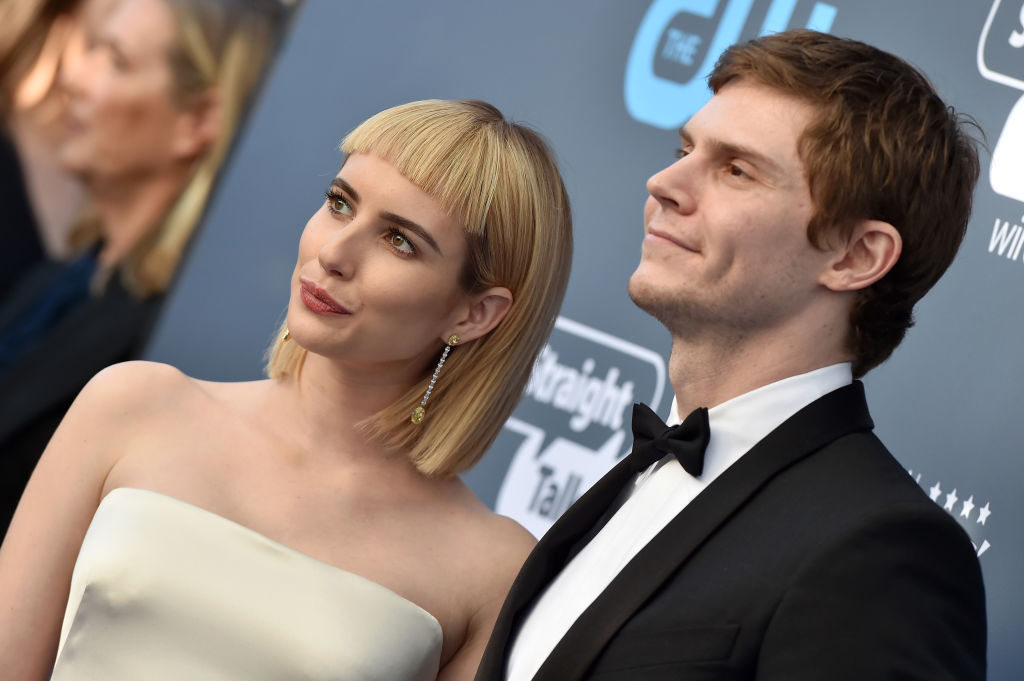 Roberts and Peters had a tumultuous relationship — at least, as far as the public is concerned. In 2013, there was an incident in a Montreal hotel room, which ended with Roberts being arrested on domestic abuse charges. However, not long after, they got engaged.

Reports vary, but it has been speculated that they broke up once twice in 2015 or 2016. This, perhaps not coincidentally, is around the time they weren’t working together on AHS. They got back together but ultimately split (possibly for good) early in 2019.

Who are Roberts and Peters dating now?

Allegedly, both Peters and Roberts have moved on. In the spring, around the time that the breakup rumors began again in earnest, Roberts was spotted out with actor Garrett Hedlund (Country Strong, Triple Frontier). Neither has confirmed the relationship.

Months later, Peters was seen with singer Halsey at Six Flags. There was little to go on, but the two appeared to confirm that they are indeed together in late Oct. 2019, when they wore matching costumes for not one, but two Halloween-related events.

Why we think they’re civil

It’s hard to say exactly how well Peters and Roberts get along if they do at all. Chances are since Evans sat out this season of AHS (again, not likely a coincidence), they’re not on overly friendly terms. But that’s to be expected after ending such a long courtship.

However, we have a feeling they’re at least civil. One of the aforementioned events Peters attended with Halsey was the celebration of the 100th episode of AHS. Also in attendance? Roberts, naturally. We assume that if things were really contentious between the two, Peters may have opted not to go (since he’s the one who isn’t in the current season). And he very likely wouldn’t have brought a date if he thought it would upset Roberts.