Disney really is the happiest place on Earth this quarter, when the company’s core streaming service added more than 14 million subscribers from April to June 2022. Its key competition in the streaming wars, Netflix, went the other direction during the three-month period.

Where does each subscriber video-on-demand service stand? Find out the results for Netflix, Peacock, Hulu, Disney+, HBO/HBO Max and Discovery+, and Paramount+ below. Amazon Prime Video and Apple TV+ do not provide much transparency into their subscriber/usage statistics — but we’ve got them too.

Here, find the version we did of this same story on March 16 — back when subscriber-based streaming was still considered the (tidal) wave of the industry’s future.

Still the undisputed king of streaming, Netflix ended the second quarter with 220.67 million global paid subscribers. Most significantly, it didn’t lose the 2 million subs forecast at the time of its Q1 results. The insane popularity of “Stranger Things 4” surely helped stave off some of those expected losses.

Netflix’s password-sharing crackdown and advertising-supported video-on-demand tier are still in their infancies; both are expected to roll out in 2023. The cheaper, ad-supported tier is aiming for “early 2023,” Netflix said when reporting second-quarter numbers. The company expects to add 1 million global paid subscribers in the ongoing third quarter. 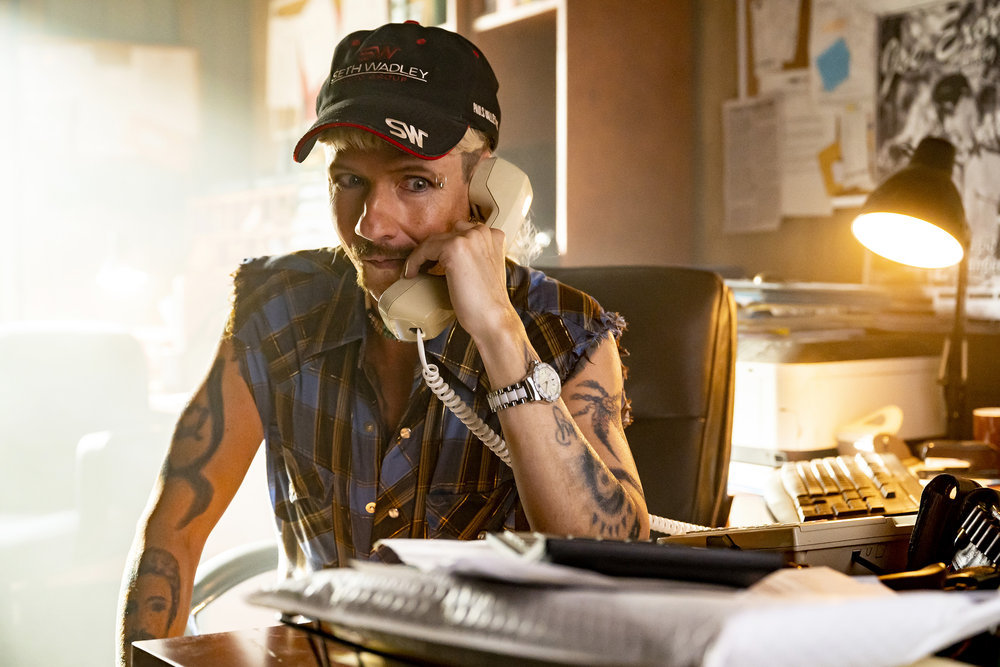 Hey, Peacock didn’t lose (paid) subscribers in Q2 — but it didn’t add any either. (And it did lose 1 million monthly active accounts from its unpaid tier.)

To be fair to Peacock, Q1 was a disproportionately large one for NBCUniversal; the streaming service had the Super Bowl and Winter Olympics in the same quarter, leading to a surge of 4 million paid subs. While that number carried over into Q2, the lack of any second-quarter additions is alarming for a service as young and as relatively small as Peacock.

“Going from zero to 13 million paid subs in a couple of years at Peacock is a great achievement,” said Comcast chairman Brian L. Roberts during the company’s Q2 earnings conference call.

Help may be on the horizon: NBC shows will begin to stream next-day on Peacock, no longer Hulu, this fall.

Hulu grew from 45.6 million subscribers to 46.2 million subs during Disney’s fiscal third quarter. As we’ve learned from studying Netflix and Peacock, up is up. But this ain’t that up, and there is more bad news on the way when NBC pulls its programming from Hulu in favor of Peacock. Of Hulu’s new tally, 42 million came from straight-up Hulu SVOD, while 4 million users elected to add the Live TV service.

Although its operating income declined in Q3, Hulu is the only of the three Disney Bundle streamers that actually makes money. Losses at Disney+ and ESPN+ grew, though executives forecast Disney+ profitability in 2024.

Hulu is 2/3-owned by Disney and 1/3-owned by Comcast — yep, the parent company of that pesky Peacock again.

Disney+ ended fiscal Q3 with 152.1 million overall streaming subscribers, experiencing an impressive addition of 14.4 million subs from April 2 to July 2. Getting more granular, Disney+ now has 44.5 million subscribers in the U.S. and Canada. It has even more, 49.2 million, internationally. Disney+ Hotstar adds 58.4 million subs on top of those.

On Wednesday, The Walt Disney Company revealed details of its upcoming AVOD tier; find those, including launch date and pricing, here. Disney+ AVOD will beat Netflix AVOD to market. By the end of 2024, Disney expects to have 135-165 million Disney+ subscribers and another 80 million Disney+ Hotstar subs.

The third member of the Disney Bundle, ESPN+, now has 22.8 million subs. Adding the trio of services up, Disney as a company now has a grand total of 221.1 total streaming subscribers. Yes, combined the individual services making up the Disney Bundle just surpassed Netflix in overall global subscribers.

HBO, HBO Max, and Discovery+ had a combined 92.1 million subscribers at the end of Warner Bros. Discovery’s first-ever quarter as a new company, which is 1.7 million more than what WarnerMedia and Discovery’s separate streaming tallies added up to at the end of Q1. But that doesn’t mean all of the momentum is positive.

The combination of HBO Max and Discovery+ appears to be progressing slower than expected. On the earnings call, executives pegged Summer 2023 as the launch date for the new, single service. Whatever that ends up being called (and costing), it will be without a number of Warner Bros. productions.

Last week, Warner Bros. Discovery chief David Zaslav decided to totally scrap the (almost) complete “Batgirl,” using its $90 million budget as a write down against taxable income. He did the same with fellow straight-to-Max movie “Scoob! Holiday Haunt.” Executives also pulled a number of movies and series from HBO Max in another bottom-line decision, although this one at least had some viewership statistics to back it up. 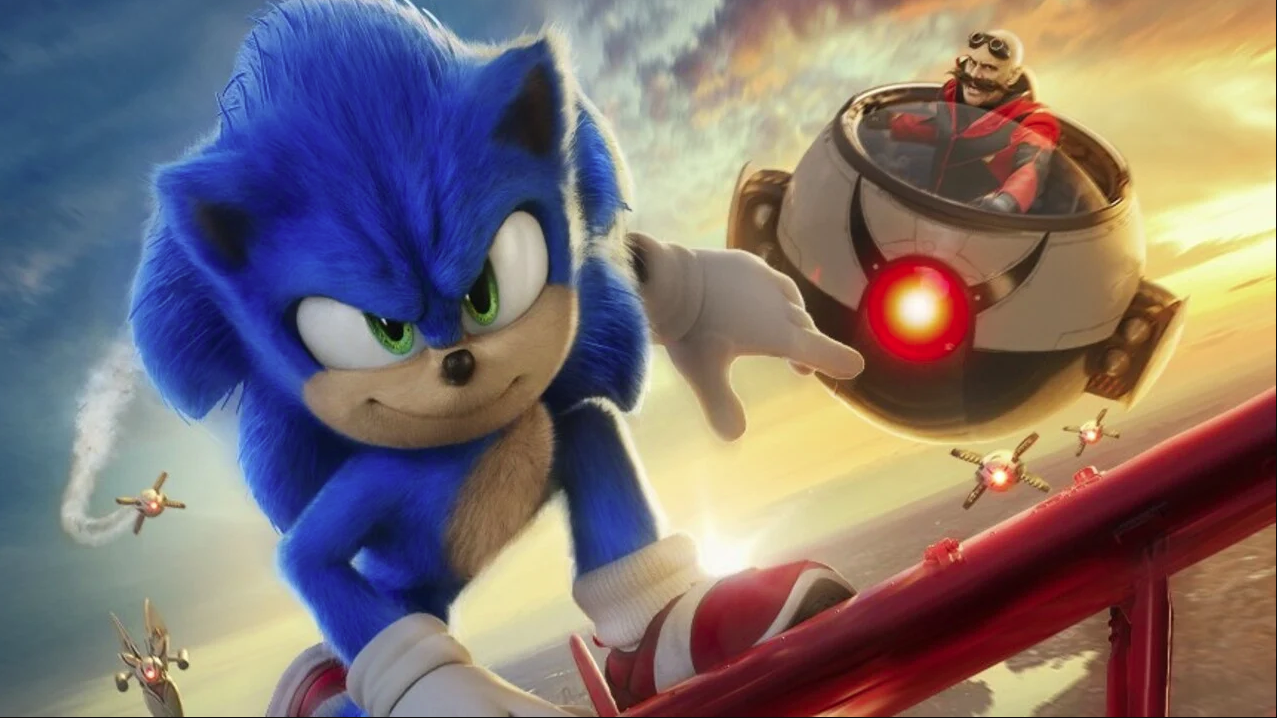 Paramount+ added 4.9 million subscribers in the second quarter (excluding the removal of 1.2 million Russia subs). The service now tops 43 million overall subscribers and continues to make up the lion’s share of Paramount Global’s 63.7 million direct-to-consumer (DTC) subs. (Showtime is another major component of the portfolio, but niche platforms like BET+ and Noggin are not.)

The former ViacomCBS has a lofty goal for 2024: 100 million DTC subscribers. Paramount will need a major push to get there, but pushing they are. Unfortunately, it’s pushing the costs way up.

One could reasonably argue (and win) that Paramount’s best streaming service is its totally free one, Pluto TV. The free ad-supported streaming  service’s monthly active users increased to nearly 70 million in the second quarter.

Based on Nielsen numbers, we know that Prime Video’s “Outer Range” performed quite well in the second quarter of 2022. When it premieres on September 2, Prime series “Lord of the Rings: The Rings of Power” will make viewership for the Josh Brolin western seem like an Amazon FreeVee original.

If you thought we didn’t have much substance on Prime Video, you’re going to be pretty disappointed in the dearth of available information about Apple TV+.

Apple TV+ has not necessarily revealed its subscriber number (nor its content spend), but it was forced to give some sort of guidance as part of a union contract dispute reported this past fall.

Apple told the International Alliance of Theatrical Stage Employees that Apple TV+ had fewer than 20 million subscribers in the U.S. and Canada as of July 2021, according to the union. Why the big reveal of a relatively small subscriber base? Under the current IATSE contract, with fewer than 20 million subscribers in the area, Apple is able to pay discounted rates to production crew members vs. the rates paid by larger streamers like Netflix and Hulu.