For the past few years, Dick and Angel have been transforming a 19th-century French chateau, the Château de la Motte-Husson, in the hopes of restoring its once flawless look. In tonight’s episode on Channel 4 the two got to work in renovating a disused lavoir outside the property. However, when the conversation turned to what they could do with the space, Dick and Angel didn’t exactly see eye to eye.

“It’s amazing,” Angel said as she joined Dick outside the chateau to explore the space.

The lavoir was a space used hundreds of years for people communally wash their clothes.

Escape to the Chateau narrator Tracy Ann Oberman explained: “While lavoirs like this were usually found in town squares and shared by the community,

“It seems the aristocratic Baglione family (former owners) preferred not to wash their dirty laundry in public.” 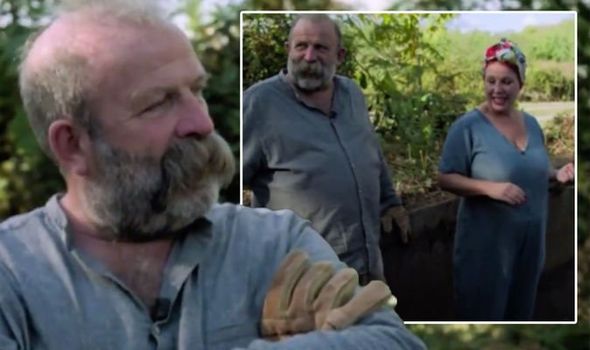 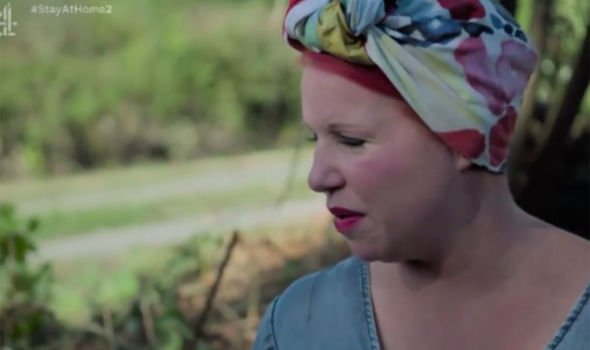 One thing that caught the eye right away about the space for both Dick and Angel was just how enormous it was.

“I don’t quite understand how you wash clothes in something so big,” Dick commented.

Keen to hear what Dick had in mind for it, Angel queried: “Where are you going?”

A confident Dick replied: “I’m going with putting a stud wall up there and using about a quarter of that bit there. 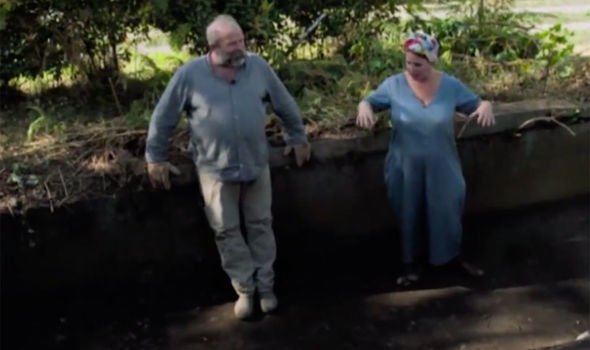 “That’s if you want to have a shower and loo,” he added.

However, it was clear Angel had very different ideas in mind for the space.

“I love it…” Angel hesitantly began, prompting Dick to ask: “I love it, what is it?”

“This could be, very easily, a little swimming pool, couldn’t it?” Angel pointed out.

Clearly not keen on the idea, Dick rolled his eye before replying: “Let me go through my repertoire of excuses.”

Not on to be deterred, Angel went on to defend her reasoning.

“It is, this is – especially if we get one of those things that put current in it (laughs). Just kidding,” she joked.

“She’s not kidding,” Dick said with his arms folded, clearly not keen on the idea.

However, the pair’s clash didn’t end there as Angel explained: “The kids would thank you for it.”

“I don’t know if you could make this waterproof, look at the weeds, look at that for a root,” Dick said, but Angel stood firm

“Dick, look at me, you can make anything waterproof – this is where I and Dorothy can learn to synchronise swim.”

“I’ve got a headache,” a defeated Dick admitted as it seemed the pair would never agree on what to do with the lavoir.

Escape to the Chateau continues Sundays on Channel 4.