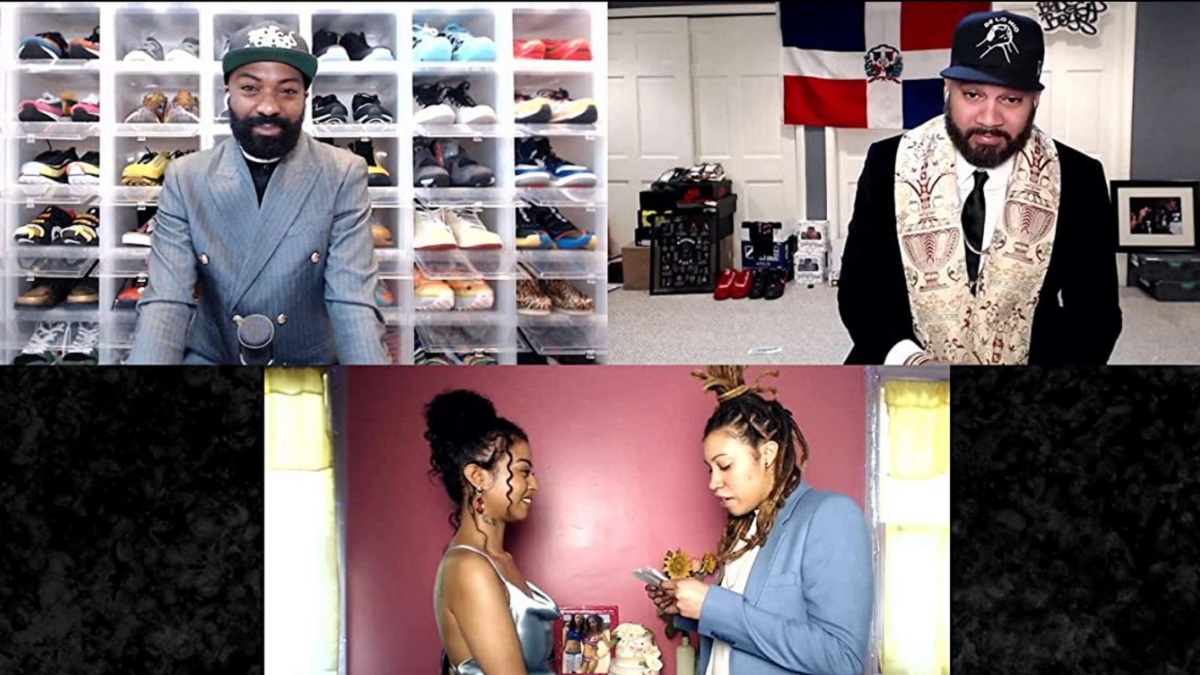 Desus & Mero Season 3 is coming to Showtime and fans are looking forward.

The show became a fan favorite since premiering on Showtime in February 2019.

Showtime’s Desus and Mero received the Webby Special Achievement Award in 2019 and a 2019 Television Critics Association Award nomination in the Outstanding Achievement in Sketch and Variety category.

Ahead of the return of Desus & Mero for Season 3, here is everything we know what’s coming, the release date, and what to expect.

Is there going to be a Season 3 of Desus & Mero?

Yes, Desus & Mero is returning to Showtime for Season 3.

Desus and Mero also took to Twitter to announced the renewal of the show for another season. 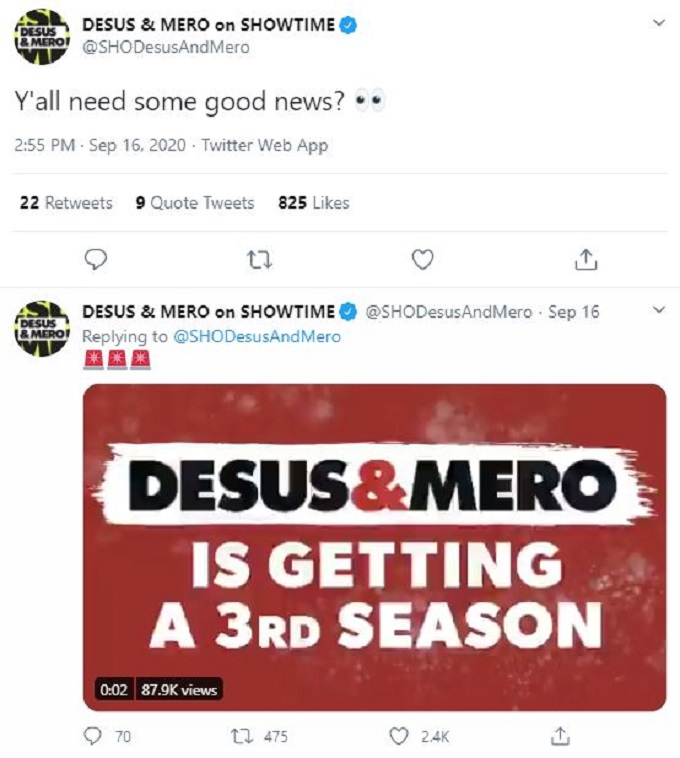 Fans were happy to learn about the renewal of Desus & Mero for Season 3 and many took to social media to express their delight.

“Wow I wasn’t sure how a showtime move would go but they are putting in the work,” one happy fan tweeted.

The renewal announcement came ahead of the end of Season 2.

Season 2 episodes continue to air on Showtime on Sunday and Thursday nights at 11 p.m. ET/PT.

Desus & Mero Season 2 is expected to end in October.

Release date latest: When is Desus & Mero Season 3 likely to come out?

Showtime’s President of Entertainment Gary Levine revealed that Season 3 will premiere in 2021.

“All of us at Showtime are so proud to have ‘Desus & Mero’ as our signature late-night series. They are our very own ‘Bronx Bombers’ who knock it out of the park every episode, with their singular blend of hilarity, authenticity and relevancy.”

Levine did not reveal the exact date in 2021 for the Season 3 premiere. However, after the previous two seasons of the series premiered in February of 2019 and 2020 respectively, fans are expecting that Season 3 will premiere in February 2021 or early in the year.

Desus & Mero went on a hiatus after the coronavirus pandemic started earlier in the year. The show resumed on March 30 after the two comedians started producing the show remotely from their homes.

“The sucio boys are back in town! The #1 show in late night @shodesusandmero returns Monday night with an all new episode from out cribs!” they announced on Twitter.

Desus and Mero continue to produce Season 2 from their homes due to social distancing guidelines and other restrictions imposed after the Covid-19 pandemic started in March.

However, the pandemic will probably not significantly delay the return of the show for the coming season.

As announced, Desus Nice (Daniel Baker) and Mero (Joel Martinez) will return as hosts for Season 3.

The two are longtime friends raised in the Bronx. They reconnected online and teamed up to launch a broadcast career that turned out to be a success.

After the pair went to Showtime, the comedians revealed that due to the increased budget for their talk show on that network, they were able to hire a research team, to set up a writer’s room, and to produce more sketches.

Desus & Mero Season 3: What to expect

Showtime has not teased about what guests to expect during Season 3 but fans can rest assured that the comedians will once again host high-profile visitors.

The guys will also be entertaining viewers with witty and informative chat sessions on hot trending topics in the realms of politics, entertainment, and culture.

Desus and Mero said that their show is different from all the other late-night talk shows on TV because of their tendency to mainly focus on topics specific to New York. However, Desus added that although they have been criticized for being “too New York-centric,” the pair also cover national issues.

“We like to keep our ear to the streets and see what the people care about,” Desus said during the Television Critics Association press tour in Pasadena in January 2019.

Desus and Mero forbid guests to come to the show in order “to promote something.”

“Everyone we have on the show is someone we rock with. We’re not having them on to amplify their message,” Desus said.